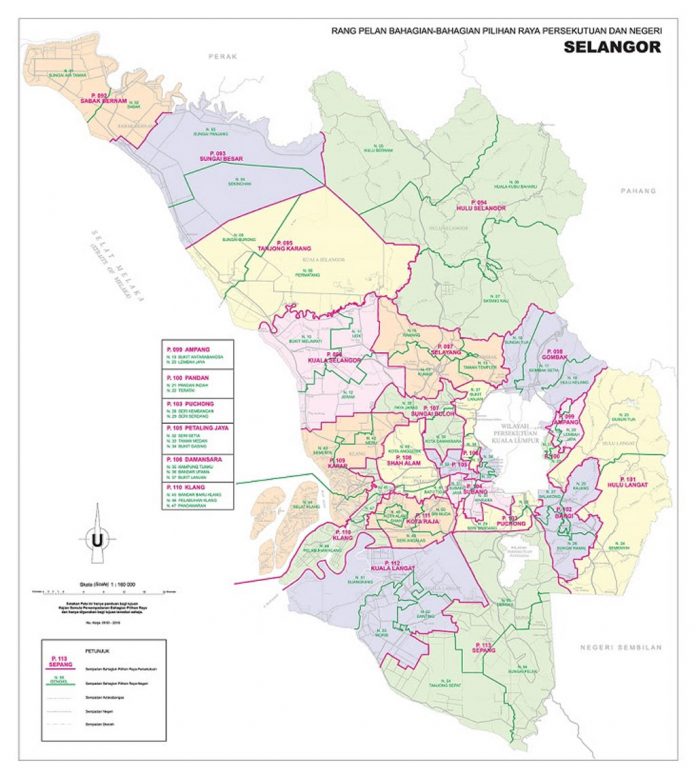 Selangor provides a clear example of how the Election Commission has abused its power and redrawn the boundary lines in order to benefit one side namely the Barisan Nasional, says Ong Kian Ming.

The 2016 delimitation exercise is a disgusting and partisan attempt by the Election Commission to gerrymander and malapportion parliament and state seats in Selangor in order to help the BN win back additional parliamentary and state seats.

For example, the N25 Kajang state seat has been moved from the P101 Hulu Langat parliamentary seat to the P102 Bangi parliamentary seat (the current Serdang parliament seat) resulting in the projected majority for Pakatan falling from 17,267 in 2013 to 1,046.

Significant gerrymandering has also taken place at the state seat level. Many pro-opposition polling districts (daerah mengundi) have been shifted from marginal Pakatan seats into safe Pakatan seats in order to increase the chance for BN to win back some of the marginal seats.

Based on the 2013 general election results, the BN would win back seven state seats as a result of the 2016 delimitation exercise. These seats are N11 Ijok, N23 Dusun Tua, N43 Sementa, N44 Selat Klang, N46 Pelabuhan Klang, N51 Sijangkang and N53 Morib.

At the same time, six state seats which were won by Pakatan with more than 54 per cent of the popular vote in GE2013 have become marginal seats as a result of the delimitation exercise i.e. projected to win with less than 54% of the popular vote. These seats are N15 Taman Templer, N29 Seri Serdang, N33 Taman Medan, N38 Paya Jaras, N41 Batu Tiga and N49 Seri Andalas.

Selangor provides a clear example of how the Election Commission has abused its power and redrawn the boundary lines in order to benefit one side, namely the Barisan Nasional. We must take all the necessary legal steps in order to ensure that this delimitation exercise is not approved.

Dr Ong Kian Ming is the member of Parliament for Serdang. 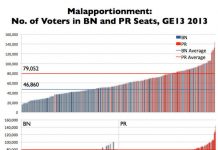