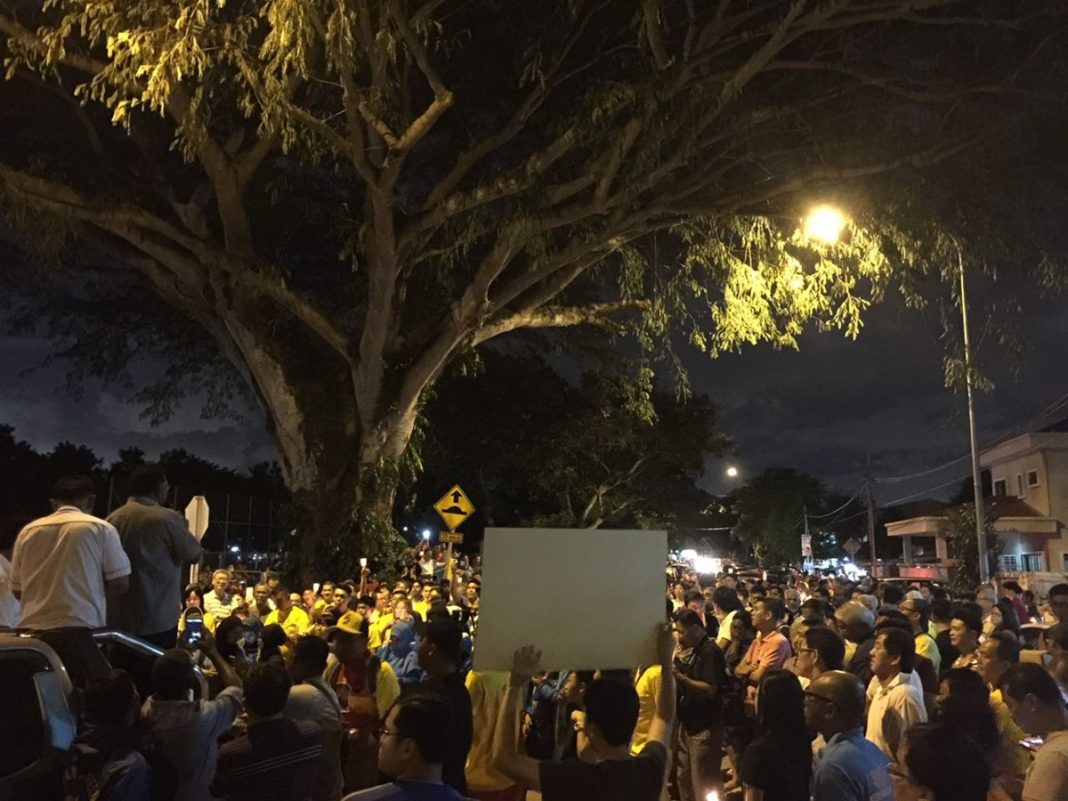 A crowd has gathered outside the Jinjang Police Station tonight for a vigil in solidarity with the Bersih 5 detainees.

Among the crowd are Nurul Izzah and Maria’s son, who address the gathering.

Bersih manager Mandeep Singh, who has just been released, steps up to speak to the crowd.

A significant number of youths have turned up, which augurs well for the future. They seem to be involved in logistics such as distributing water and helping to direct traffic.

Said one observer: “The Najib administration is unwittingly making them (these detainees) heroes. They are already household names.”