Syerleena Abdul Rashid says she knows she is not the only one and that there are countless other Malaysian Muslims who were repulsed by the idiocy displayed in Taman Medan recently.

I am a Muslim and a Malaysian who has no problem with other religions displaying their religious symbols.

As a matter of fact, I have no problem sitting down and having a cup of coffee with my non-Muslim friends in a kedai kopi Cina, or having them eat in front of me during Ramadhan because my faith will not shatter into pieces, by the temptations of such petty things.

I know I am not the only one, and that there are countless other Malaysian Muslims who were repulsed by the idiocy displayed in Taman Medan recently. Malaysians aren’t stupid – even if the powers that be are adamant about keeping us dim-witted and daft.

We don’t need to be reminded of how gullible some of our fellow Malaysians have become because of our inept system, which favours the illogical and rewards random acts of violence.

Throughout the course of history, numerous acts of violence have been committed in the name of religion – be it Christianity, Islam, Hinduism, Buddhism, Judaism or other faiths. These acts that contradict the positive values upheld in religion are nothing more than a series of factors, influenced by a combination of political, psychological and theological reasons.

In other words, “fundamentalism isn’t about religion, it’s about power” – these were the words uttered by Salman Rushdie, a man whose controversial book, The Satanic Verses, angered several overzealous clerics, who obviously did not read the book.

Religious bigotry manifests itself when individuals begin to romanticise the glorification of a bygone era, with the conviction that the modern world has gone bonkers and is neck deep in sin. As a result, these bigots denounce the modern world and the diversity that comes with it.

These bigots are unable to compromise with those who think differently and feel absolutely uncomfortable with scholarly exchanges.

Extremism sets in when the adoration of radical religious leaders takes over logic and tramples intellectualism by preventing followers from questioning and forcing them into blind obedience. As a result, these bigots will begin to dehumanise other religions and assume the role of brazen aggressors, as if they were handpicked by the Almighty himself.

These days, religion has become a sensitive issue, unlike the days of yore. Malaysians often feel uncomfortable about mingling with others who profess different religions because we are no longer sure of what topics are suitable for conversation and what are off limits.

We also find it difficult to visit one another’s houses during festive holidays only because we aren’t sure if those pork-laden cutleries have been 100 per cent sanitised. We find our society becoming increasingly paranoid and intolerant because of the level of politicisation religion has gone through in our country.

Religious extremism has no place in a democracy – and that is a fact. Malaysians must stop thinking of democracy only in terms of elections and understand that democracy encompasses a much broader sense. We must familiarise ourselves with the Federal Constitution and understand our constitutional rights – where human rights, equality and tolerance for religious diversity are affirmed.

What we need to do right now is break free from the false narrative preceded by our political puppet masters, who are only interested in sticking with the stale “divide and conquer” rule. Extremism, bigotry and radicalism are the real enemies of our country – not the “pendatang”, Ayah Pin or anything resembling the lowercase letter t. 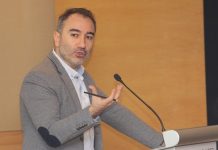 Unity only way to success….there is no other solutions to being a leading country. It should matter more that we should address corruption in all forms as a few eat into the majority share. It follows minimum wage should be higher if not for greed.