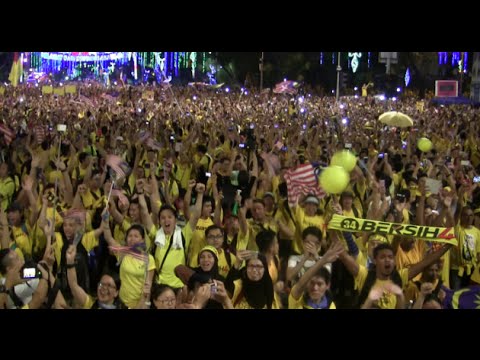 While we have transcending ideas like the Rukunegara, Vision 2020 and 1Malaysia, we lack both the structure and medium to forge a collective nation that transcends race, says K. Haridas.

Racism is again showing its colours in Malaysia. At times of economic and political crisis, racism has always been the most successful ploy to deflect people from the real issues facing the country.

The cause which inspired some 350,000 Malaysians to take to the streets under ‘Bersih4’ has been deflected and turned into an ‘Umno Malay’ dignity issue. For the rest of us Malaysians, ‘Umno Malays’ represent a fraction, and not all of them within ‘Umno Malays’ support this mis-adventure.

This is an insult to many Malaysians who took to the streets under ‘Bersih 4’ for two days championing the cause of free and fair elections, a clean government, the right to dissent, strengthening parliamentary democracy and saving our economy.

We also wanted to see the end of Najib’s rule. We spent our own time, energy and money to support the cause. This brought many Malaysians fearlessly and voluntarily to the rally. The counter rally called the ‘Red Shirts’ meanwhile was a reaction and comprised only of ‘Umno Malays’.

Being a nation ruled by Barisan Nasional (BN), a race-based coalition, it is but natural for the first amongst equals, Umno, to miss the point and to describe this as an affront to ‘Malay’ dignity. The cause that Bersih 4 outlined was a challenge to the ruling coalition.

It was never an affront to Malay dignity but perhaps an affront to the dignity of ‘Umno Malays’ who have shown no respect for the many Malaysians of all races who participated in Bersih 4. They made a statement loud and clear and the response was a racist reaction.

To make dignity an issue is a cheap racist ploy. We are all Malaysians first, and we take exception to segments within our political spectrum that look at this as a racist issue. The response from the ‘Red Shirts’ was a one-horse issue of ‘dignity’. They championed no cause that expressed meaning or relevance to the nation’s future.

Their rally was obviously sponsored, and many who came had a free ride. Whatever be the claims, the reality was the occasion was both staged and financed covertly by Umno as indicated by some party members. Now we see the backlash from the MCA, equally racist, confirming that they will remain within the BN fold.

Obviously, the MCA has lost the plot and traded their dignity to remain a subservient member of the BN. Malaysians should extract their due and obliterate them at the next general elections.

The MCA lacks political acumen and leadership. They are in the BN coalition to share the spoils of power, patronage and positions. This was one opportunity to turn away from ethnic politics but they lacked both the leadership and will to do so because they themselves seem to confirm that they are ‘racist’ in form and substance.

After 58 years of Independence we are back to square one. Despite all the talk of ‘1Malaysia’, ‘Satu hati, satu jiva’, the Rukunegara and other slogans, when the chips are down, the BN does not have the capacity to rise above racist sentiments.

How long will it take for this nation to realise this fact and rise above ethnic manipulation? Only the end of BN will see the rise of ‘cause’ politics in Malaysia. The combination of racism and corruption is undoing the best this nation can achieve.

We are caught in the grip of both these realities. The ruling coalition has championed this through their policies and approaches, and this gives them the confidence that they will survive with money and crony power at the next general elections.

Unless fundamental changes are made to the electoral process and the independent status of the Elections Commission, there is little hope that the Opposition will make any greater gains that will give them a chance at power. This is the cause for which Bersih 4 staged its two-day peaceful rally.

While the Opposition suffers imperfections, we can look to both Penang and Selangor and realise that opposition rule has made a difference. Our best attempts at the last two general elections nevertheless show how challenging it is under the present regime to bring change through the electoral process. Winning the popular vote does not seem to translate into more seats in Parliament.

READ MORE:  A guide to being a selfless politician

This internal Merdeka is more difficult than securing self-rule from the British. This calls for a commitment from enough politicians who are ready to stand up in the interest of the nation, transcending party loyalties. The call is for a commitment beyond race for honesty, integrity, accountability and transparency.

This is a fiction of his imagination. He and his party were challenged by Bersih 4, and while he has no cause to present, he plays racial politics.

He represents a party that did not even win the popular vote at the last general election. Keep your comments purely to ‘Umno Malays’, who are now just a minority breed. The time has come for all Malaysians to call a spade a spade and not be bullied by bankrupt leaders who stand for no issues but manipulate race to step up the political ladder.

Look at yourself and see how the ‘Red Shirts’ provoked several insults that were hurled at all Malaysians. What dignity are you talking about when your own leaders suffer such credibility challenges? Ask what has happened to the RM2.6bn that was received in ‘donations’ by your president?

Look at the several scandals that have afflicted Umno, ranging from ‘Cowgate’, ‘Maragate’ and the disbanding of the independent task force. If you had any concerns for the dignity of ‘Umno Malays’, then these are issues you would specifically highlight instead of going down the road of cheap racism.

This is the road for bankrupt politicians. It does not take much intelligence to rile up people on the basis of race or religion. Chinese Malaysians are not the issue. When Umno Malays lack the capacity to look at themselves and address their party’s immediate weaknesses, they look for excuses. This is like saying that change within Umno lies with the MCA!

How can you talk about dignity when you have leaders like Mohd Ali Rustam, who was found guilty by the Umno ethics committee of corrupt practices, still holding important positions? He is the chairman of Perbadanan Usahawan Nasional Bhd (PUNB).

Another with a similar fate now heads Felda. Likewise, there are several others heading GLCs. Where is the dignity that you are speaking about when such leaders are honoured with positions of responsibility? Does this add dignity to the Umno Malays?

Consider the mental gymnastics of Annuar Musa. He is now backtracking over his much publicised admission that he is a racist and that this is acceptable within Islam. He denigrates his own faith. Meanwhile, we have the DPM asserting that he is not a racist when the facts are debateable.

There are so many intelligent and brilliant Malays who must themselves find it difficult to appreciate the ridiculous things that these clowns utter in their name and take up the cause of protecting their dignity.

While we have transcending ideas like the Rukunegara, Vision 2020 and 1Malaysia, we lack both the structure and medium to deliver and forge a collective nation above race. The BN has failed badly in this regard.

Without ‘Merdeka’ from race and corruption, we will continue going in circles and breeding this cycle of fear and suspicion. Is this what we leave for our children? The present economic challenges test both our political institutions and our democracy, and the future is in our hands as Malaysians to determine.