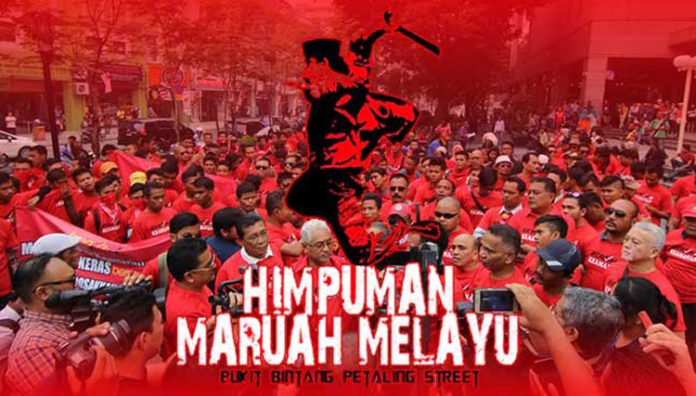 We must resist the automatic association of Malay fascism with poor Malays, that old and most divisive imagery of Malaysian politics, observes Ahmad Fuad Rahmat.

Too many urban-liberals, in either trying to understand or vilify the “red shirts”’ somehow assume that they represent the anger of rural and working class Malays

They then contrast this with Bersih, which they speak of as a more middle class movement. Some would even take a critical tone and call Bersih “elitist”.

This assumption flies against the face of some basic evidence. Let’s consider some of the most public faces on Wednesday (16 September): Western educated, five-figure earning Ahmad Maslan doesn’t strike me as a typical working class or peasant Malay. Datuk Jamal Muhammad Yunos is an entrepreneur. Reezal Merican, member of cabinet, was a former banker.

Let’s not even start to imagine how Ali Rustam, who oversaw the most rapid and intense development Melaka has ever seen, and its consequent profitable ecological degradation, could be considered poor. Tan Sri Annuar Musa, president of Kelantan FA, was also there among the ralliers.

Nor does their overall track record in any way reflect sustained grassroots engagement with poor Malays. Their rhetoric too bears little recognition of the everyday problems poor Malays face.

But could the “red shirts” instead be comprised of downtrodden Malays? Possibly, but even so the thought process at this point would get rather selective. For it proceeds with a problematic bias to begin with: there’s nothing that precludes urban middle or even upper class Malays, with all their materialistic aspirations and insecurities, from also being racist. So why brand “red shirts” firstly as a cause of the Malay lower classes?

More importantly, to render Malay supremacy a rallying platform for the Malay poor is to uncritically buy into Umno’s rhetorical strategy of feudal patronage. The point to emphasise here is not the cliched claims of Umno’s neglect or exploitation of poor Malays, but that the Malay poor too have never been the unconditional wellspring of Umno support.

Was Bersih really “middle class” anyway? Not if we consider what it meant to the thousands who make PSM’s loyal rank and file or the Orang Asal contingents who came from out of town that day.

At this point, one begins to wonder how the tens of thousands of Chinese from the many small towns across the country who were so visible at Bersih could count as “elitist” or even middle class, if not for the already longstanding association (and its prejudicial imports) of all Chinese as well off.

It would suffice for us to note that there is great uncertainty across all classes of Malays. Whatever real economic gains that one can hope out of Malay privilege is now finally doubtable. It can no longer be hidden by mass denial.

Umno, the old vanguard party of Malay power, is internally combusting due to a lack of leadership and grassroots appeal. Its counterweight, Pas, too seems more eager to restate its uncompromising ideology than to mount a challenge to the official status quo.

The wet dreams of Malay economic supremacy, held on so desperately since the NEP 1980s, for the first generation of rich Malays to naturally proliferate into more rich Malays so that the wealth will trickle down to poor Malays, is dead.

The insecurities there may result in more pronounced tensions within the Malay community, but what reasons are there to associate its most fascist manifestations with the Malay lower classes?

It would be more accurate to represent the tensions as arising from within the Malay bourgeoisie itself: those most reliant on government contracts and programmes to aid major investments or small businesses, who, amidst current economic uncertanties and slowdowns, with little confidence in Najib Razak, can no longer be patient to wait for the situation to improve.

This historically has been the class most envious and insecure of Chinese capital, with enough links to the state to widely encourage a racist discourse. Their choice of locations to confront – Bukit Bintang and Petaling Street – are symbolic of that anxiety.

At any rate, our convenient evocation of simplistic rural-poor vs urban-rich Malay binaries reflect a longer standing blindspot regarding resistence from the Malay margins: where do we place narratives from the hundreds of thousands of Malay peneroka bandars (urban settlers) who were forcefully relocated to PPRs, many of whom still resist eviction today as luxury developers run amok?

Or the tens of thousands of Malay factory workers, just making minimum wage, serving 12-hour shifts for Japanese and Western multinationals in Banting and other free trade zones in Selangor, who continue to urge the government to recognise their demands for better working conditions?

There are histories of critical action against the state within those contexts, where Umno’s feudal-capitalist hold are fought directly. A proper reflection on such scenarios will offer us a broader view of the complex class dynamics working within the Malay community.

We can begin at least, by demystifying the red shirts’ passions. We can say they are wrong not only because their racism contravenes our greater need for inclusion, but more than that: it’s because they don’t even understand the Malay struggle.

Between well meaning but pretentious liberal pity on the one hand, and righteous liberal resentment on the other, there’s another option: to properly consider the margins where countless narratives of Malay struggles remain unrepresented in mainstream discourse.

But for this our rhetoric must resist the automatic association of Malay fascism with poor Malays, that old and most divisive imagery of Malaysian politics. 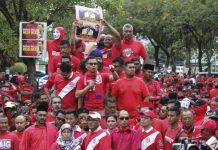 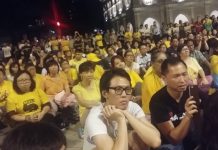 The (Bersih) month that was 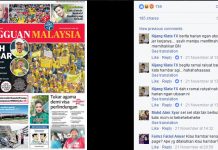