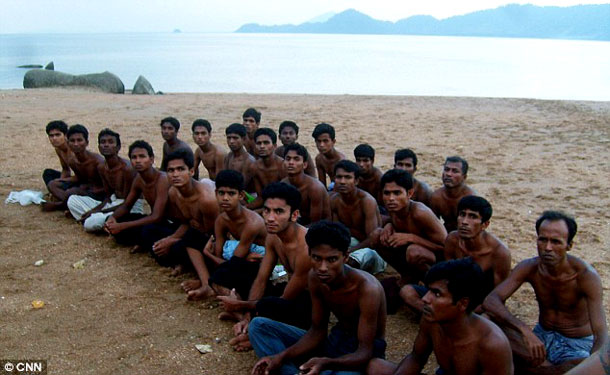 The government must allow the Rohingya refugees ashore until the problem is sorted out with the Asean community, says Rani Rasiah.

Together with all concerned Malaysians, Parti Sosialis Malaysia (PSM) would like to assert that for the 8,000- odd Rohingya at our doorstep, pushing back the boats into the sea should never be considered an option.

Instead they should be allowed on Malaysian shores whilst negotiations take place at Asean level on how best to resolve this humanitarian crisis.

Though the sad and bitter truth is that the sea seems to be the only place willing to host them now, it would be completely inhuman to push back the boats and abandon 8,000 lives to the vagaries of weather and sea.

Malaysia and other Asean countries need to accept that they are dealing with 8000 lives, mostly victims of the barbarism of the genocidal Myanmar regime that has taken away their citizenship, and their right to life.

Instead of criminalising the victims, Asean nations must resolve to find permanent solutions to the situation. Turning them away or deporting them back to Myanmar is not only unacceptable; such actions also do not address the crisis or prevent its recurrence.

Diplomatic etiquette and niceties cannot take precedence over lives, and Asean nations must use the Asean network to confront the Myanmar government in resolving this extremely delicate and complex problem. What is the need for Asean if it cannot speak for oppressed Asean peoples?

We must admit our role in this crisis. How serious have our efforts been in tackling human trafficking? Without traffickers of all nationalities at the source and all along the route to Malaysia, it is not possible to have such a massive cross-border movement of people. The current situation clearly reveals the mind-boggling extent of trafficking activity in the region.

Malaysian NGOs on migrant issues have many times alerted the government on trafficking activities, including ransom killings by trafficking vultures. Yet as Thailand’s recent stumbling upon the first mass grave of Myanmarese victims implies, Malaysian and other Asean governments are way behind the traffickers.

The government must depart from its standard practice of punishing the victims and being soft on the perpetrators of human trafficking and its attendant abuses. We ask the government to take a bold and humane decision, and allow the Rohingya refugees ashore until the problem is sorted out with the Asean community. Such an action will not earn us profits in monetary terms, but it is what every civilised government is expected to do.

Rani Rasiah is a PSM central committee member and head of the party’s migrant and refugee desk. 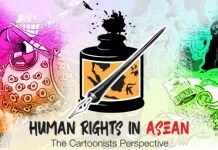