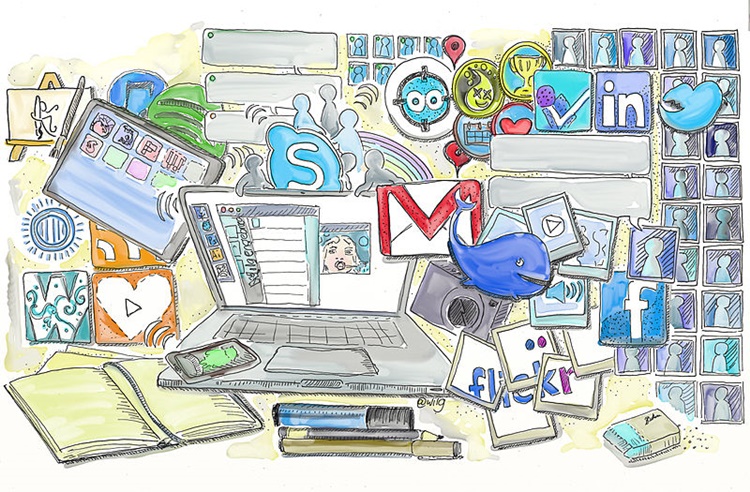 The way we communicate with one another is different from 20 years ago but the blatant language butchering offers very little comfort, writes Syerleena Abdul Rashid.

A few days ago, I received a text message from an acquaintance which read something like this: “I xde skng. Pls cube gt bk 2 me if u dun on9”. It took me quite a substantial chunk of my life trying to decipher the message and I’m sure I’m not the only one who has received cryptic messages that require patience to understand.

Let’s face it, the truth is, we simply aren’t communicating the way like we used to.

Many linguistic experts believe that social media platforms such as Facebook, Twitter and apps like WhatsApp are predominant reasons for the downfall of traditional communications. We have got too used to communicating this way and as a result, we’ve just got plain lazy.

The phenomenon that is social media has certainly affected the usage of language globally. Acronyms such as “OMG” (oh my god), “LOL” (laughing out loud) and “BFF” (best friends forever) are no longer confined to use in text messaging; as a matter of fact, the Oxford English Dictionary has officially recognised these terms by adding them to the dictionary. In addition to that, the symbol <3 - which represents a heart or love, has become a valid part of speech, nowadays. So, it no longer comes as a surprise to hear or see sentences that read “OMG LOL, BFF <3!”, used in everyday language.A poll conducted by the United Nations in 2012 found that there are approximately over 6bn mobile phones as people in the world. Clearly, this shows how societies worldwide have become increasingly mobile dependent. Fast forward to 2015, factor in the upsurge of smartphones in both developed and developing nations, these numbers are even more mind-blowing. With Facebook reaching over a billion users and Twitter 500m, it is no wonder our lives have become overly dependent on social media – it has replaced how we communicate with friends and redefined our understanding of the word “friends”, how we date or even how we read news.

READ MORE:  Why #BenderaHitam matters
As 21st century society embraces the simplicity of modern technology, many of our young people are progressively more prone to texting and avoid making phone calls. Add this observable fact with the speed of instant messaging or texting, mistakes and short hands become more common. In other words, we’re starting to take language and communications skills for granted. Although, sometimes, such ‘mistakes’ and abbreviations are required, logical and pretty straight forward. For some, longer messages may cost more and very often, social media often limits its letters, much like Twitter, which only allows 140 characters per tweet. Henceforth, it is no wonder that words are shortened.Call me old-fashioned but I do miss the good old days of long winded, story-like emails with appropriate salutations and completely free from any shorthand. Many teachers and scholars have expressed grave concerns over the number of students whose literacy levels are plummeting. To make things worse, there are those who are not even able to write by hand simply because they are too accustomed to computers, tablets and smartphones. The way we communicate with one another is definitely different now than maybe 20 years ago but the blatant language butchering (incorrect grammar and spelling mistakes – both in English and Malay) as a whole, offers very little comfort.Mobile phone usage, telecommunication and now smartphones are all part of the great successes of the 21st century. But the question that remains - one that definitely puzzles most of us – is, has this affected the way we use language or perceive communication proficiency, in general? And if it has, is it for better or for worse? But just how OK are we with how language has evolved in the midst of technology? If we accept the changes and modifications, does this mean that we are all into inarticulate simpletons? I dunno. I hope not but it would be gr8 2 know, rite?
READ MORE:  Stop going after activists and focus on the health crisis
Source: themalaysianinsider.com