There is nothing more man-made than the concept of race.

Issues relating to race and ethnic relations are often regarded as highly controversial. As a result, communities are left making assumptions (usually the worst) about one another’s motives rather than openly discussing issues that can help us understand things better.

Malaysians are habitually ‘reminded’ to tiptoe around conversations that touch on the 3Rs – race, religion and royalty. To most, these are the three that must never show up in conversations, literature or even thoughts. To the rest of us, we find the lack of debate quite unsettling, given the increased animosity fellow Malaysians are starting to show one another.

Supremacism is best defined as a belief system that chooses to identify, divide and control others less informed about the ever-changing political and cultural climate of modern sophisticated civilisation. It is the worldview that a certain age, ethnicity/race, religion, gender, social class or culture is superior to others and warrants those who identify themselves with this blinkered view to tower above everything humane and rational. This mob mentality happens when political parties hijack the concept of culture and religion.

A few weeks ago, I had a conversation with a man I have known for a few years – a professional acquaintance of sorts. This middle-aged Chinese Malaysian man converted to Islam at the age of 19, shared stories of racial bigotry he had encountered as a teenager, an adult male and most recently, two years ago, at a nearby bank.

After waiting at the bank for over an hour, unattended, he was informed that the non-Bumiputera quota for a particular application was full. Needless to say, he was not too thrilled to receive this news (after waiting for more than an hour) and demanded to see the manager.

Several staff rudely chided him and reminded him of his ethnicity – “You hanya masuk Islam bukan Melayu. You masih lagi Cina!” they said. Thus he was not considered worthy of government assistance or their time.

The unabashed condescending remarks hurled at this man exhibited the deep-rooted xenophobia our local communities still have towards our own fellow citizens. A simple cordial verbal notification would have been sufficient but the tirade of nauseating racist banter that occurred instead exhibited the dense supremacist mentality that seems to override civility and respect. Regrettably, reports of open bigotry and shameless discrimination happen quite frequently.

At the end of the day, it really is not about religion but a distorted sense of entitlement – only the select few are welcome into this ‘exclusive club’. One must fulfil certain rigid requirements before they can accept you as their own kind. Failure to do so leaves you an outcast for the rest of your life – at least until socio-political reforms happen, anyway.

As twisted as it is, people like Ridhuan Tee exist because they have been conditioned to accept their new founded identity and reject, with great detestation, their own kind. Internalised racism is as real as the sun, the moon and the stars; it is a by-product of supremacism.

So it should not come as a surprise when Ridhuan Tee made some tasteless remarks regarding Lawyers for Liberty co-founder Eric Paulsen’s eyes; there are people like Tee who have completely removed themselves culturally and are determined to show the rest of the world that they are better than the rest of us.

Most Malaysians are kept in perpetual bewilderment and shock at the same time when pseudo-intellectuals and pseudo-scientists construct stereotypical oversimplification without fact-checking true history (not the one taught in our national schools) or consulting real experts to validate the truth. Who came to this land first is inconsequential, and equally petty are attempts to label what our ethnicities convey about our economic prowess.

We live in modern times, filled with hi-tech gadgets, and we are discovering awesome things about our ever-expanding universe. With rapid globalisation occurring as we speak, the idea of a homogenised planet, tearing down ritualism and social inequality should be seen as a noble idea.

Unfortunately, our society still supports the concept of cultural and racial supremacy in some form or another.

I guess we are still figuring out the true Malaysian identity, and the hate-mongers will continue to seize this opportunity to create mass confusion by spreading supremacist ideologies based on who set foot on this soil first. Clearly it works for some but for the rest of us; well, that is last thing we need right now.

Calling out ’supremacy’ of Malay community 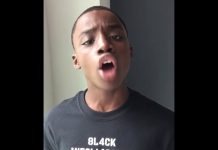