Shahidan Kassim’s recent proposal to turn tragedy into profit is unsettling and is especially hurtful to those who have lost their loved ones, says Syerleena Abdul Rashid.

Shahidan Kassim, former Perlis menteri besar and current MP for Arau, shocked the entire nation when he recently proposed to turn one of the largest human trafficking camps discovered near Lubuk Sirih into a tourist attraction.

It was reported he was impressed by the makeshift infrastructure (a wooden mosque, a house for an imam, vegetable farm, etc.) built by traffickers.

As a scholar of tourism, I understand Shahidan’s enthusiasm and desire to explore this niche tourism sector known as dark tourism. Dark tourism is defined as tourism that involves travel to sites historically associated with death, disaster, tragedy and the macabre – and human beings, for some reason, are particularly drawn to these.

Shahidan also reportedly said, “With this as a new tourism spot, it will also deter human trafficking activities from taking place as there will be more people coming in and out.”

Very few often succeed in presenting this level of education and awareness in a tasteful manner. When done correctly and tastefully, these sites can be managed respectfully, although, this may not usually be the case.

For example, the Sri Lankan army came under fire for their plans to “open holiday homes on a site where tens of thousands of civilians were killed in the civil war”. Many saw this as the army’s way of glorifying the senseless deaths that took place.

Only recently has dark tourism found its way into mainstream society. In 2012, The Dark Tourism Institute was founded to record all types of macabre locations and to provide much needed industry guidelines. The institute is spearheaded by Philip Stone, a renowned scholar who had conducted numerous research projects detailing and discussing the supply and demand of dark tourism. It is considered relatively new, hence, often regarded as a sector that is still somewhat unexplored and a work in progress.

The line that separates respectful pilgrimage and voyeurism is a fuzzy one; memorialisation and commercialisation remain unclear, as ethical guidelines for marketing and promoting these sites are still seriously lacking. The question we should be asking is, how can we honour the victims and survivors of one of the greatest tragedies that have affected our nation?

Exploring this sector will require comprehensive research, detailed planning and thorough understanding of the human psychology. In other words, it is best to let the field experts decide and conclude if such sites are conducive to be turned into tourist attractions.

How can we avoid exploiting the grievances of both victims and survivors of trafficking? Can we guarantee an industry that will not produce something immoral from these gruesome discoveries? How can we raise the level of awareness without being disrespectful?

These questions can only be answered by those qualified and competent in the field; those who have dedicated a considerable amount of time trained in this subject. Unfortunately, Shahidan Kassim does not make the cut, and it would be in his best interests to refrain from commenting on this matter any further.

The callous statements made regarding the refugee crisis, from day one, have shown his utter lack of compassion and empathy. Those affected by this tragedy, be it directly or indirectly, will need time to heal. It would be a better decision to offer counselling and other forms of assistance to help society recover and try to make sense of the horrors that have occurred.

His recent proposal to turn tragedy into profit is unsettling and is especially hurtful to those who have lost their loved ones simply because our system failed to protect the wellbeing of other human beings. 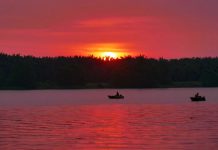 Human trafficking: Can we do better?