Learning English wouldn’t be such a bad thing as it would open up more opportunities for Malaysians and it could also be a uniting factor, says Syerleena Abdul Rashid.

Whether you choose to believe it or not, English is a pretty important language to learn. It is also regarded as the universal language on the internet, social media, and scholarly materials.

According to international reports, there are roughly 359m native English speakers and about 700m who speak English as a foreign language.

It is probably the second largest language by number of native speakers – right after Mandarin.

There is no denying that language is one of the best ways to express our emotions, opinions, and ideas and to pave the way towards intellectual discourse.

With more than 60 per cent of global internet sources being in English, you simply cannot ignore the fact that English is indeed an international language.

For example, China, which has a population of over 1.36bn (based on figured reported in 2013) understands the importance of learning English; as a result of political will and thorough government policies, roughly 400m of its citizens are currently mastering the language.

Unfortunately for Malaysia, whose current population stands roughly over 29.8m (in 2013), a recent survey conducted by Jobstreet.com highlighted that 70 per cent of our graduates are deemed “unemployable” simply because they lack language and communication skills needed to compete in this ever-changing, global setting.

Employers, especially within the private sector, are “more likely to hire based on a fresh graduate’s positive personality and good command of English”.

In 2014, as part of its Education Development Master Plan 2013-2025, the Malaysian government decided to make it mandatory for students to pass English in the SPM examinations.

But this ruling will only materialise in 2016, and critics are doubtful if this is the type of approach our school kids need to lift them out from the language quagmire.

In an interview sometime last year, Education Minister Muhyiddin Yassin expressed his bewilderment at the poor grasp of English among our local students.

“I am baffled on why our children after completing pre-school, primary school, secondary school and tertiary education still cannot converse in English.”

However, mastering a language takes more than just learning in classrooms. It is about altering public perception and encouraging local communities to converse in English.

Although English is widely spoken in Malaysia, the apparent decline in standards and proficiency is distressing.

Numerous scholars and employers agree, somehow or other, that our graduates are simply unable to speak and unable to express their ideas.

On the other hand, Bahasa Malaysia too is suffering from the same fate – a decline in correct grammar and extensive vocabulary skills are evident in the horrendous oratory skills of our local celebrities. But that is a different issue altogether and would warrant a different article.

Most recently, CIMB Group chairman and brother of the prime minister Nazir Razak stated that our country must seriously look into improving the proficiency of the English language.

“English is the global language and as a nation we should declare English language proficiency as our top priority.

“It’s a traditional edge that our workforce is losing fast; we must reverse the deterioration now.”

But Malaysians shouldn’t only blame our students for this embarrassing rot. Early this year, Home Minister Ahmad Zahid Hamidi presented a letter defending Paul Phua Wei Seng, an ordinary Malaysian who may or may not be a gambling kingpin.

For those of you who had read the letter, you would know just how badly written the letter was – whoever wrote that letter did a pretty ghastly job.

Of course, repairing the damage will take some time, but we can only do this when those in power are willing to admit that there are indeed flaws in the policies and cracks in the system.

Learning English isn’t such a bad thing as it will open up more opportunities for Malaysians – education, resources – and it could also be a uniting factor for Malaysians.

Re-introducing English as a medium (revisiting a system that worked before the 1970s) or even encouraging more usage outside classrooms could very well be the “third culture” Malaysia needs to heal the wounds of racial disparity.

Well, after all, you are reading this in English, aren’t you? 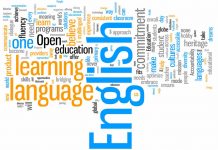 ‘English education for all’ counter-productive to national unity, say NGOs

Our school children as sacrificial lambs

Ministry of Education – or Miseducation?