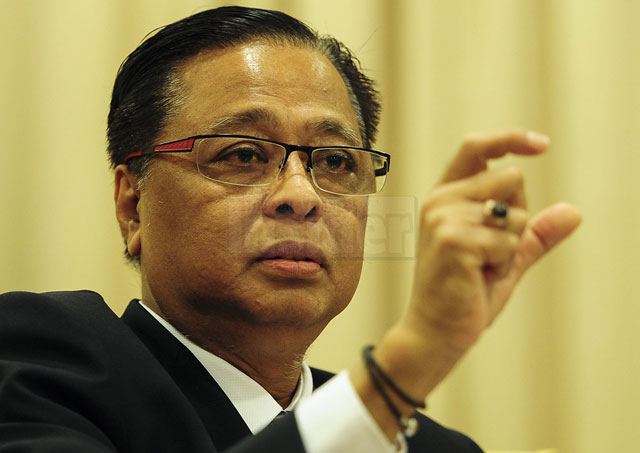 Malaysians should use their majority power to pressure the Barisan Nasional government to do something about the cost of living, insists Steven Sim.

Agriculture and Agro-based Industries Minister Ismail Sabri Yaakob in his Facebook post called on Malay consumers to use their “majority power” to boycott Chinese traders to pressure the traders to reduce their prices.

He even named Old Town White Coffee as one such business to boycott because of its dubious halal status and presumably owned by one Ngeh from DAP Perak.

For example, our Economy Minister Abdul Wahid Omar last year said that Malaysian households now on average earn more than RM5,900 a month. Immediately we can challenge his assumptions and data, and I did. Facts against facts, knowledge against knowledge, not law against knowledge — to quote a recent speech in Kuala Lumpur by Dr Tariq Ramadan, the prominent Islamic scholar from Oxford.

But let’s go back to Ismail Sabri.

Rising cost of living: Are the butcher, brewer and baker at fault?

The Minister was probably referring to day-to-day goods and services when he made reference to Chinese traders. Because restaurants such as Starbucks, McDonald’s or for that matter, even Old Town White Coffee, are not essential goods and services. One can simply choose not patronise these outlets when times are bad.

But then can we really fault the butcher, the brewer and the baker for the rise in cost of living? Can we blame the sundry shop Ah Pek or the Mamak restaurant because they do not reduce their prices even when the petrol price has dropped?

I am going to leave the economics of petrol price for some other discussions, perhaps.

What I want to do is to bring our attention to what kind of stuff Malaysians really spend on and how much we spend on this stuff. And then we shall see who’s fault it is that we are suffering from such a high cost of living.

According to the Department of Statistics’ Report on Household Expenditure Survey 2009/2010, some of the major Malaysian household expenditure items are, as follows:

It is interesting to note that while food and non-alcoholic beverages account for the second largest household expenditure, spending on these items has fallen significantly relative to other major household expenditure in the 10-year period between 2009/10 and 1998/99.

This means, either food prices were adjusted lower during that period or households were more flexible to modify their spending on them. Food after all is what economists call “adjustable essentials”; consumers for example may change from the more expensive mutton to the relatively cheaper chicken when times are bad. Or they may simply eat less.

The same goes for clothing and footwear.

And we can easily assume a similar reason for the reduction of household spending on restaurants and hotels. These items are non-essentials. Again, one may adjust how much to spend on them according to situations and, because they are non-essentials, one can even opt not to spend on them at all. In bad times, we just do not go to stay in a hotel or even eat at Old Town White Coffee.

Major expenditure items such as housing, transportation and telecommunication are controlled by government cronies

However, other big household expenditure items such as housing, transportation and communication have increased in the same period of time.

These are technically fixed spending, and therefore non-negotiable. Why?

Firstly, because these are essential items and they are mostly non-adjustable. One cannot simply choose to pay less rent or instalment on one’s house or vehicle. I mean, yes of course you can move to a smaller house or drive less or change from driving a car to riding a motorbike, but the process is unlike choosing between mutton and chicken.

And in today’s connected world, telephones or even mobile phones are non-negotiable items whether for social or work purposes, but more crucially for the latter. Evidently, 95 per cent of Malaysian households own at least one mobile phone.

Secondly, and more importantly, these items are controlled by monopolies; whether housing or transportation or telecommunications. Monopoly means anti-competition and consequently less competitive price for consumers.

Think about major housing developers, banks, vehicle AP holders, petrol companies, telco service providers and of course, good old Proton, a government-protected venture. Only a handful of companies are allowed to provide these goods and services in Malaysia making them highly uncompetitive. So that, for example, changing between the few options available of telco service providers will not drastically reduce one’s phone bill.

More often than not, these companies belong to cronies of the ruling party.

The bulk of our household expenditure is due to government failure

Today, houses in Malaysia cost about 5.5 times our annual median income, which is higher than countries such as Singapore (5.1 times its annual median income), US (3.5 times), UK (4.7 times) or even Ireland (2.8 times). These numbers are taken from a November 2014 report entitled ‘The State of Households’ by Khazanah Research Institute, a federal government-linked think tank. According to the same report, affordable housing is one which costs three times annual median income. We are definitely way beyond affordability.

The right to housing is guaranteed by our Federal Constitution. However, the government has utterly failed to deal with the exorbitant rising cost. Over the years, the government not only washed its hands on housing but also on social housing, delegating the role of providing them to private developers whose main aim is of course profitability.

READ MORE:  You are an Indian!

No wonder today mortgages and housing loans contribute the most, about 45 per cent, to our sky-high household debt.

And this is followed by vehicle loans at almost 20 per cent of household debt in Malaysia. Such is only natural in a country where there is a total lack of a public transport system and therefore, the people have to depend on private vehicles. The government is all out to sell more cars, sell more petrol and build more highways and roads instead of improving public transportation. Who profits from such a policy and who will bear the cost?

And we have discussed how telco services are controlled by monopolies, more often than not cronies (whom the government can call for help such as to bail out failed government ventures).

Who then contributes the most to the rising cost of living in Malaysia? We have not even touched on employment, the low pay, the middle income trap and the upcoming Goods and Services Tax (GST).

Yes, we need to boycott the unpatriotic

Therefore, excuse me, maaf, I would like to voice out my opinion on this matter:

The bulk of our household expenditure is really because of an “unpatriotic government” which failed to lower our cost of living due to its crony capitalism.

We must boycott them; do not give them any votes in the next general election to teach them a lesson about people’s power. As long as there is no change, Barisan Nasional will continue to oppress all Malaysians regardless of race and religion.

Steven Sim is the Member of Parliament for Bukit Mertajam 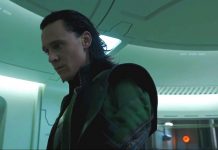