Extremism, fanaticism and never-ending hypocrisy, all in the name of religion and race, is a major cause for concern for us all, says Syerleena Abdul Rashid.

Recently, a group of angry… very angry men stormed Penang government’s administrative building and proceeded to express their dissatisfaction over an issue involving an illegal signage in the heart of George Town.

After awhile, the group split up into two; one group went to the third floor to deliver a memorandum and the other group stayed on the ground floor where the latter, in a fit of rage mixed with adrenalin, brazenly decided to desecrate a few flags.

Unfortunately for us, these acts of intimidation are becoming a permanent fixture in our local society.

Such incidents are almost expected where conflicts arise between opposing political parties, though sometimes, some groups will bear the façade of being a non-governmental body.

Let’s get one thing clear: systemic injustice is rife in our country, and constitutional rights simply no longer matter, unless it benefits a particular group. But other than that – for the rest of us – they simply don’t exist.

Most of us have come to the conclusion a long time ago that our country’s system is becoming too accommodating to the bigots and hate mongers.

It is a free-for-all scheme instigated by those in power, in particularly, those who understand the powerful lure of imposing strict conservative ideas, and we have numerous reports that support such claims.

The idea of fear, sin and ostracism are being drilled into our minds.

We can no longer voice our opinions or embrace personal liberty without raising a few eyebrows, or in the case of the 21st century social media-laden society, garnering a few unpleasant comments from your average internet trolls … only if you dare to break down the walls of conformity.

Our society is slowly but surely recognising this newfound culture of violence. We tell each other that this is to be expected or this is nothing new; well, whatever it is, Malaysians are definitely becoming quite a desensitised lot.

Fear-mongering, sometimes also known as scaremongering, is defined as the use of “fear to influence the opinions and actions of others towards some specific end”.

Although, the level of fear used may vary from individual cases and is sometimes exaggerated, the methods executed by the fear-mongers are often repeated where the continuous onslaught will only serve as reinforcement.

A majority of Malaysians are bothered by the rising tide of conservatism and hypocrisy, but sometimes, some of us may find it difficult to voice our concerns and grievances.

These fear-mongers sham their way into our society by hiding behind the walls of piety, holiness and exert hostility.

Those in the corridors of power continue to play the race card and bigoted “flavour of the week” while masquerading moderation and egalitarianism.

The ruling elite’s race card bigotry is often displayed in overstatements and theatrical dialogue; they continue to showcase anger, resentment and violence as they continue down the slippery road of faltering political longevity.

Such fear-mongering performances and hate-mongering manners attempt to brand Malaysian liberals and the political opposition as intolerant and prejudiced to the “institution”.

Malaysia’s culture of violence and fear-mongering ethos does not just come with a box of matches and a can of lighter fluid – it goes much deeper than that.

The bottom line is that extremism, fanaticism and never-ending hypocrisy, all in the name of religion and race, is a major cause for concern for us all.

Violence and fear-mongering can be seen as an essential political tool for survival, which is an “art form” in itself, but these continued acts of hooliganism and mob aggression must stop.

It is just simply too nauseating for us to allow to continue; so maybe it is time for us to talk about fear, violence and redefine our definition of piousness. It’s time for us reflect on events that spur such vile hatred and animosity.

My fellow Malaysians, it is time for us to talk about this and a whole lot more. 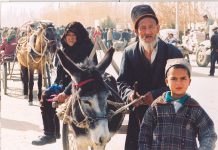 The making of a promised land 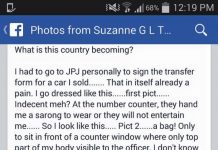 SIS: Dress codes a form of discrimination, abuse of power