The rise of fascism is due to a misinformed mass media, blind suspicion and, often, unfounded fears and paranoia, says Zaharom Nain.

The one thing that will strike you – right in between the eyes – about recent pronouncements on religion, particularly Islam, is that, by and large, those doing the talking often are rather dumb and arrogant.

Dumb as in stupid or moronic, that is. And arrogant as in their arrogance in assuming that they know God personally and can make judgments on God’s behalf.

Indeed, how else can we describe someone or some group – like Isma – coming up with the statement that it is not right for Muslims to wish their Christian friends “Merry Christmas”.

And, as if that wasn’t bad enough, asserting that our Christian friends – and, certainly in my case, relatives – through Christmas, are attempting to convert/proselytise us poor, weak Muslims.

This kind of wild assertions, of course, isn’t new. And they are never backed by evidence.

It is clear that they are dragged out time and again, at best, to simply annoy and, at worst, to denigrate the Christian community and to incite Muslims, to create and amplify a bogeyman and a threat, when none ever existed in the first place.

And when challenged, especially by other Muslims, these same hateful creatures take on the all-too-familiar passive aggressive role while mounting their high (moral) horse.

Hence, they then come up with a statement like “You cannot educate this kind of ignorance, so only Allah will teach him with a harsh lesson. But unfortunately everyone will have to suffer it, not just him.”

That was indeed the reported retort of one senior Isma member in response to Umno minister Datuk Abdul Rahman Dahlan after the latter had publicly scorned the group for recently warning Muslims against wishing Christians “Merry Christmas”.

In this regard, what could be their motivations for coming up with such odious statements, such hateful comments?

They would assert that they are merely trying to inform the ummah about what is acceptable (according to their interpretation of the religion) and what is not.

It could also be that they are deliberately being spiteful, indicating their contempt and zero-tolerance for other religions, their adherents and their practices. Or they are increasingly becoming paranoid of different cultures, different religions. Perhaps it’s a combination of all these factors.

Still, it gives them – the Ismas and Perkasas of this world – no right whatsoever to then also assert that the `majority of’ or even `many’ Muslims (invariably Malay) share their fears and concerns.

Quite simply, there are those of us who DON’T. And increasingly we are beginning to hear more and more Malaysians who don’t agree with them speaking up.

Despite this, the publicity they are provided by the media – both mainstream and alternative – is still quite puzzling.

Indeed, the questions that beg to be asked are: why bother with publicising their hateful statements? Is it to indicate how idiotic they are?

No such thing as bad publicity

Perhaps, but bad publicity is still publicity and surely helps to legitimise their existence. While not suggesting that their statements, however hateful, should be censored or not reported, perhaps more needs to be done by our journalists.

Or getting experts on the `other’ side to provide a response or a critique.

As it stands, by and large, much of the reportage of statements made by the Perkasas and Ismas of this nation just sound like a product of sheer laziness, with reporters merely transcribing, not assessing, these statements.

This may be a hallmark of the Malaysian mainstream media, but it would appear that of late much of the so-called `alternative’ media have also fallen in line, giving these groups the space to mouth their hatred, yet not bothering to assess or even question their assertions.

True, many of their hateful comments have shock value. And, yes, the wider public, the masses, should/could decide what to make of the statements.

But, in the wake of all these assertions, surely the onus is on journalists also to make a judgment call and not simply allow such statements to be reported verbatim?

To do so would surely be to assume `the people’ – the readers – will see them as ridiculous/extremists, when such assumptions may be well off the mark?

After all, there is something about this mere transcribing, with little, if any, evaluation that simply makes for bad journalistic practice.

The critical evaluation of ideas does not come automatically for everyone, especially given the socialisation that many of us have gone – and still go – through within our extremely conservative education system and our equally conservative interpretation of religion.

The rise – and appeal – of these groups, indeed the rise of fascism, is due to a misinformed mass media, blind suspicion and, often, unfounded fears and paranoia.

Hence, it really is time that journalists, indeed all of us – not just the `eminent’ ones – begin to critically address, indeed confront, these groups and their fears, their paranoia. 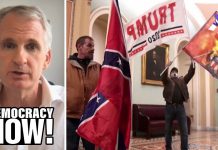 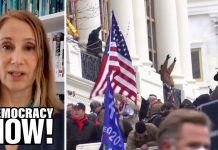 Fascism scholar: Strongman Trump radicalised his supporters; turning this back will be very hard