Fitzgerald’s depiction of another social class speaks deeply of the loneliness of modern metropolitan life whether in New York or Kuala Lumpur, says Wong Soak Koon.

The glitz and glamour of Hollywood’s latest production of F Scott Fitzgerald’s The Great Gatsby is over and theme parties are no longer the fad. Flapper costumes are stored away, champagne bottles have long been emptied and jazz music is only faintly remembered.

Of course, Baz Luhrmann’s US$125m extravaganza can still be enjoyed in DVDs. In addition, the book itself, arguably not read by too many, remains to torment a new generation of students sitting for the A Levels in schools which chose this challenging text.

Fitzgerald’s hauntingly enigmatic protagonist, Jay Gatsby, continues to move us to reflections on power, wealth and corruption as well as hope, energetic purpose and optimism, conflicting elements which make up the American Dream. Without denying the specificity of The Great Gatsby’s American context, it may be useful to see how the mysterious Jay Gatsby illuminates our own times.

Nick Caraway, the narrator of this rags-to-riches tale, engages our attention right from the start by painting a seemingly contradictory portrait of Gatsby. Gatsby, Nick tells us, “represented everything for which I have an unaffected scorn”. Yet in the same breath, Nick applauds Gatsby’s capacity for wonder adding that there is “something gorgeous about him, some heightened sensitivity to the promises of life”.

Gatsby is a follower of the “green light”, which burns at the end of the dock, lighting up the hope of regaining his lost love, Daisy Fay, of recapturing the past and so refashioning past, present and future. Herein lies Gatsby’s great entrepreneurial energy and fervour. Isn’t the control of time a key factor of all enterprises, legal or otherwise?

Self-fashioning lies at the heart of the novel. Jay Gatsby, who was born “James Gatz” recreated himself from an impoverished farm boy who left home to engage in a variety of jobs, for example, clam-digging, to become the “personal assistant” (a catch-all term not unfamiliar to us) to the millionaire, Dan Cody. We admire the young Gatsby’s self-discipline recorded in the time-table he made out for himself which highlights a cautionary phrase “no wasting time”.

We cannot, however, dismiss the hints that this hard-working, self-made man is linked to other less than legal activities. Nick Carraway describes Gatsby’s association with men like Meyer Wolfshiem, a shady figure connected with the underworld. Clearly, the optimism of the American Dream, resting on hard work and the belief that “every boy can be President” has a darker side. The ‘green light’ may signify hope and limitless potential but it can include a certain recklessness, a go-getting attitude that gives people the ‘green light’ to override laws.

The history of American capital and industrial growth, like that of many countries, East or West, is often the history of covert links between powerful economic and political figures and organised crime. In the case of America, the legendary Al Capone comes to mind. Today, in morning newspapers, we too may read of nefarious connections between the powers that be and those on the wrong side of the law, perhaps not with gun-toting criminals but certainly with perpetrators of white-colour crimes.

The reader of the novel must decide for himself how to balance Gatsby’s less savoury side and his positive facets. These positives include “an extraordinary gift for hope” and a “romantic readiness”, elements which, coupled with hard work, are the legacy of the American pioneering spirit which many other people in the world do admire.

Besides Gatsby, Tom Buchanan, representing those ruthless scions of earlier American entrepreneurs, whose wealth now makes it possible for their heirs to live on trust funds and other familial resources, tells us a lot. Not having to work a day, Tom exemplifies the selfish self-gratification of inherited wealth. Nick Carraway sums up Tom and his ilk sharply: “They were careless people”; they had “drifted here and there restlessly wherever people played polo and were rich together”.

I am reminded of a programme on TV about China’s wealthy, new entrepreneurs who worry that their children now unthinkingly enjoy the fruits of their hard struggles. These young folk do not know hard work and the value of hard-earned dollars. They have no hesitation buying a luxury car or two and dining at expensive five-star restaurants. It is this loss of humane values and the erosion of purposeful direction that Fitzgerald critiques via a character like Tom Buchanan.

The glitz and glamour of the world inhabited by both the nouveau-riche Gatsby and Tom, the heir of inherited wealth, conjures up an advertisement world of gay, extravagant parties where time seems to be arrested. No one dares to grow old in this milieu.

Today, with botox, creams and expensive surgery, time may indeed be stopped, for a while at least. Or, it may be that time is vainly recaptured. Tom’s home, for example, is a mere simulacrum, a poor copy of a famous old villa in Europe. We only need to drive slowly through some gated communities to see examples of attempts similar to Tom’s.

Fitzgerald’s poignant examination of American society acquires added resonances in his depiction of those for whom the American Dream ended in the ash-grey valley of lost hope. Wilson, Tom’s mechanic in a run-down car workshop, pleads with Tom to sell him one of Tom’s used luxury cars. The reader sees the irony. Unknown to Wilson, Tom is “using” and abusing Wilson’s wife, Myrtle, who has become Tom’s mistress, her way of pursuing the American Dream.

But for me, Fitzgerald’s depiction of another social class, less noticed by readers of the book, speaks deeply of the loneliness of modern metropolitan life whether in New York or Kuala Lumpur. These are the young clerks (or other young folk carving out a career) who have left quieter towns to chase after dreams of wealth and renown.

We note Nick Carraway’s moving description: “At the enchanted metropolitan twilight I felt a haunting loneliness sometimes, and felt it in others – poor young clerks who loitered in front of windows waiting until it was time for a solitary restaurant dinner”. As dusk falls, we too may have noticed such young people sitting alone with a plate of economy rice in a kopitiam (coffee shop) somewhere in Kuala Lumpur

In the conclusion of this lyrical novel, Nick tells us that “Gatsby turned out alright in the end”.

After Gatsby’s violent death, Nick continues to speak of Gatsby’s “capacity” for wonder and hope which Nick equates with what the pioneer Dutch sailors felt when they first saw the green continent of America.

After the last sentence is read, we must each decide for ourselves how well Fitzgerald has conveyed to us the many facets of his complex protagonist. In addition, we may want to reflect on the meaning of our own seductively alluring, ever receding ‘green light’.

This review first appeared in The Edge on 7 July 2014.

Dr Wong Soak Koon, an Aliran member, retired from Universiti Sains Malaysia in 2003 after 30 years of teaching English literature. She received her PhD (1986) from the University of California, Berkeley. 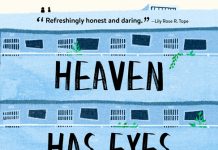 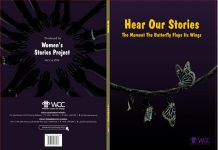 Hear Our Stories: The Moment the Butterfly Flaps its Wings