Our so-called “moderate” country is actually religiously-fascist. It’s up to Malaysians either to allow this trend to continue or to defend religious freedom, says Zaid Ibrahim.

The ongoing religious persecution of Mat Sabu and many others before him portends a grave future for religious freedom in this country.

We are not only denied political freedom (in the manner that governs the media and the electoral process), but also liberty in matters of personal belief. We are already witnessing a new wave of attacks against Shiites which are more commonly associated with the Middle East and Pakistan. Sunni-Shiite warfare has turned the Muslim world upside-down with senseless killings and now it has arrived on our shores, thanks to our Minister in charge of security.

I believe that religious freedom as a legal right has been denied, bastardised and distorted in this country. Many years ago, when Kamariah Ali and her husband pleaded before the judges to allow them to be the kind of Muslims that they understood God meant for them to be, they were denied. The judges ruled that the State had the right to define Islam, and that only this version was acceptable. The judges went on to say the State also had the right to punish those who deviated from this version of Islam.

So Kamariah Ali spent many years in jail for following her conscience. When her husband died the State would not grant him a proper burial ground; so Kamariah had to bury him under her house. The State obviously did not consider him to be a Muslim who deserved a proper burial; yet it believed it had the power to punish him for being a “deviant” Muslim. The State had its cake and ate it too: one day it declared a person a bad Muslim who needed to be punished, and the next day it declared that this person was not a Muslim. And the judges agreed!

A few of us cried foul. There is either religious freedom under the Federal Constitution or there is none. Today there is none, which explains why something like the “Allah” issue was able to unfold before the world’s disbelieving eyes. Home Affairs Minister Datuk Seri Zahid Hamidi and Sunni warriors are probably willing to die for the akidah but there are other believers who are also “brave” enough to die for their beliefs. That is why we have religious wars and that is why we have suicide bombers.

In countries with secular constitutions like the US and England, Muslims do not kill one another. They can be Sunni or Shiites or whatever they want, so long as they do not break the law. Religious freedom is important because it protects all believers, and this is the only way to prevent religious wars. Zahid should reconsider the idea of wiping out Shiites in Malaysia if he really cares about peace and stability in the country!

What happened to Mat Sabu and others like him would never have come to pass if our judges had been brave enough to base their decisions on the law. They would have then ruled that Kamariah Ali had the right to religious freedom, even as a “deviant” Muslim. But these judges felt they had to be Muslims themselves first, which only closed the door to real religious freedom and opened another one for religious persecutors to walk through.

Our so-called “moderate” country is actually religiously-fascist. It’s up to Malaysians either to allow this trend to continue or to defend religious freedom. When I first said Mat Sabu should not bother to defend himself when he was accused of being a Shiite, my Muslim friends felt he needed to, regardless of the quality of evidence his accusers could provide. They felt that being a Shiite was bad for his image.

I, on the other hand, believed his response should have been, “It’s none of your business. I say I am a Sunni but if you think I am not, do what you want!” Whether Mat Sabu is a Shiite or a Sunni is of no concern to Zahid or anyone else. If Zahid and Jakim think Shiites are not Muslims, then why not petition the OIC and the UN and whatever international body they think is appropriate to bar Iranians from doing the pilgrimage to Mecca. Take on the central stage of the Muslim world if you truly want to be a Sunni warrior. Do not bully local Muslims like Mat Sabu.

It is up to Muslims in this country to decide for themselves what kind of Muslims they want to be. I believe they have that right under the Constitution. I am a Muslim and that is all there is to it. The State may define Islam as the Sunnah Wal Jumaah variety, but that definition cannot supersede Article 8 in the Constitution on religious freedom. The state can advise on what variety is “pure” but it cannot punish Muslims if they prefer a different variety. Punishment is God’s work, not government officials’, and that is central to a country that has a secular Constitution governing matters of faith. And Malaysia is secular.

This is the principle of religious freedom, and even as Muslims we have that protection and that right in this country. Whether Muslims like Mat Sabu and other Malaysians want to reclaim that right is up to them.

This country will eventually explode like Lebanon and Syria if the Prime Minister is only interested in fast trains to Singapore and trade agreements. We have had many disturbing incidents such as Memali, the Al Ma’unah movement and other “deviant groups”. Religion is not important just to Zahid but to many people. Everybody believes theirs is the true faith, and is therefore better or purer. Everybody believes God has asked them to do what they can to protect the faith. To add to that, we have vested interests who will promote a particular belief to preserve their rule. The Saudi King, for example, would not last a day if the Shiites controlled the Middle East. It is political power play, with nothing religious about it.

So how do we manage this potentially difficult and dangerous conflict? The Prime Minister says he is a moderate. If that is true then he should speak out a lot more about the subject in Malaysia. He should also have Ministers who are moderate and capable of engaging with difficult subjects. He should defend the Federal Constitution, but not as it is interpreted by the Muslim Lawyers Association. On the other hand if he were to have more Sunni warriors in the Cabinet, the fast train to Singapore will have fewer passengers. Of that I am sure!

Why respond with violence to seminar for peace? 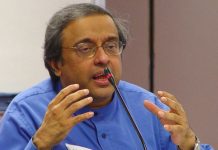 Stifling the Amman Message with a bomb threat

He is a malay and yet have my fullest support because he is a good malay and a good muslim unlike some hypocrites. Mat Sabu you are the man.

Interesting and truly a great Muslim.