A Taman Tun Dr Ismail resident has been questioned over two such e-mails allegedly sent by him to various parties, reports G Vinod of FMT.

A senior citizen was called to give a statement over two e-mails deemed as “anti-establishment” by the Malaysian Communication and Multimedia Commission (MCMC).

Liew is the former chairman of the Taman Tun Dr Ismail Residents’ Association.

At a press conference later, Lim said Liew was queried about the e-mails; one pertaining to the boycott of Gardenia bread and another on an letter allegedly sent by former prime minister Dr Mahathir Mohamad to the Israeli government in the 1990s soliciting for funds.

“Shukri asked whether Liew sent the e-mails out for information sharing or was trying to provoke something. Liew denied sending out the e-mails,” said Lim.

Queried on who lodged a complaint against Liew, Lim said Shukri refused to reveal the complainant’s name but said it came from one individual.

“Shukri said that the Chief Secretary to the Government, Sidek Hassan, also received the e-mails and the top civil servant forwarded them to the MCMC,” said Lim.

He added that Shukri denied that Sidek was the one who made the complaint. On the probe, Liew said the officer was calm during questioning and he gave full cooperation to Shukri.

Liew reiterated that he had never seen the e-mails before and has no clue on how Sidek got the e-mails.

“ I don’t know Sidek personally as well for that matter,” said Liew, who is also an avid conservationist.

As to why he was questioned at the police station, Liew said the venue was mutually agreed to by both parties for convenience, after the MCMC had visited him at his home two days ago. 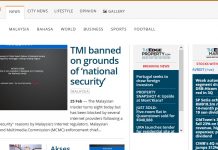 GBM: Government provokes people by cracking down on media 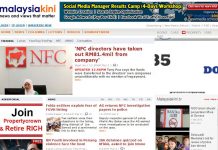 Bersih censorship: Come on, MCMC, we are in the 21st century!