If we consider that the problems in education still existed just six years ago, in 2006, and needed to be addressed under the previous Education Blueprint, then we really need to ask: What were the politicians and civil servants in the education sector doing all this while, writes Zaharom Nain.

Tucked away on the inside pages of the Malaysian mainstream newspapers, far from the celebratory, feel-good stories of Hari Raya celebration, Umno politicians’ ‘open houses’ – largely paid for by us sucker taxpayers, I’m sure – and generally stories of gluttony and good cheer, was a report on the launch of yet another regime ‘plan’ or ‘blueprint’.

You may be forgiven for having missed this. After all, apart from being distracted by the Eid celebrations, by now many of us surely must be facing ‘transformation fatigue’ or ‘blueprint exhaustion’ after almost four years of clichés about change yet being really offered much of a muchness, more of the same.

Well, it’s the ‘education blueprint’, a purportedly massive – not to mention ambitious and, certainly potentially mucho expensive – undertaking to transform (S…! There’s that darn word again) the Malaysian education system over the next 13 years.

If you’re a superstitious person, just that number of years stated alone will, I’m sure, make you wary about the feasibility of the plan.

And even if you aren’t, given that 13 years is a rather long time, I’m sure you would ask if, over the period of the 13 years, there will be regular reviews to make sure that the ‘plan’ is having its desired effects in what, to be sure, will continue to be a changing world.

But before even all that, before we embark on more than a decade of implementation of educational strategies, perhaps it would be pertinent to ask: What the hell seems to have gone wrong that yet another blueprint is required for our education system?

Apparently all will be revealed on Sept 11, when the PM himself, now fondly called Bijan within some circles in cyberspace, will launch the National Education Blueprint.

We are reliably (hahaha) informed by the mainstream press that the former five-year National Education Blueprint (2006-2010) “promised drastic changes to the school environment to make students more confident, creative and innovative”.

Having been an educationist for a bit now, and also being a devoted fan of the Men in Black films, I’m sure this promise was met, but somehow all those ‘confident’, ‘creative’ and ‘innovative’ Malaysian kids were then kidnapped by Martians and brought to Mars.

And in their place, those nasty Martians must have left behind Martian clones, complete with Malaysian MyKads. And, despite having a combined IQ of minus 13 (S…! There’s that number again), these many thousand clones were nonetheless trained to mark ‘X’ (or is it ‘/’) on Malaysian ballot papers.

But, to be serious, the editorial in the mainstream newspaper went on to say that under the previous blueprint, “…existing weaknesses were to be tackled, including the lack of basic amenities in rural schools, the need to refurbish old school buildings, and the failure among a small percentage of the student population to grasp the 3Rs”.

These, surely, are absolutely basic problems that were there many, many years ago, certainly when I was a schoolboy in the 1960s and 1970s.

‘Were they all Malaysian Rip Van Winkles?’

And if we consider that these problems still existed just six years ago, in 2006, and needed to be addressed and overcome under the previous Education Blueprint, then we really need to ask: What were the politicians and civil servants in the education sector doing all these many decades that has resulted in these problems persisting?

Were they all Malaysian Rip Van Winkles, fast asleep on the job? Like our beloved home minister who very recently – and with a straight face, I’m sure – declared that it was only recently that the BN government saw a need to focus on crime-busting?

These basic, unresolved problems notwithstanding, if, indeed, there has been a five-year national education plan in place all this while, why, pray tell, was there all that fuss and complete u-turn with the policy/strategy/plan/cockamamie move to teach Science and Mathematics in English?

Indeed, now we are told that Ah Jib Gor or Bijan himself has suggested to one of the predictably many panels behind this new blueprint that English Literature should be included in the curriculum “to improve the proficiency of students in the language”.

I’m sure you can imagine how sparks will fly if and when that suggestion becomes something more.

Those guys in Perkasa, Pekida, even Umno Youth, I believe, will burst their blood vessels at the prospect of their offsprings learning Shakespeare, Eliot and, God forbid, DH Lawrence.

Indeed, it might just be a coincidence – although there have been too many of such ‘coincidences’ lately – but just as that was reported, another item was released by our impartial news agency, Bernama.

It tells us of this excited ‘Prof Madya’ (mad ya?) in some obscure Malaysian public university proposing that Malay Literature which, according to him, is not popular in schools these days, be made a core subject.

Such hand-sown, home-grown brilliance just knocks you out, doesn’t it? Students increasingly find a subject uninteresting, making it unpopular. Instead of exploring the reasons why, we just make it a core subject and force it down their throats. And did you say that we will be celebrating 55 years of Merdeka! not so long from now?

At any rate, I for one look forward to Sept 11, when the New Education Blueprint will be announced by the PM.

But, given that the panel designing it is headed by a former vice-chancellor of the country’s first ‘Apex’ university that, somehow, has not been able to crawl far up the world university rankings since, please excuse me if I don’t hold my breath.

Zaharom Nain is an academic and media analyst. 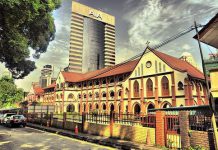 You can bet on your life that a few years from now there will be another plan of change under a different minister of education, just like these morons have been doing since they took control of Putrajaya. You only change something when there is something wrong in it or may be just change to keep up with the pace. I have lost count how many there were, may be some one who does keep a record can enlighten us ? The DPM just in recent times said the standard of education in Malaysia is better than the west, if that is true why then are we changing and also why are the morons in Putrajaya sending the NEM (Never Enough Money) students abroad for their education ? Or is it because these top students are unable to keep up with the standard of education in Malaysia ? Or that is the reason why Talent Corp. is going round the world to plea for the immigrated Malaysians to return to serve the country with lots of cash incentives and added incentives. If it is true the… Read more »