Demonstrators calling for alternative housing caught police by surprise when they surged forward, volunteering to be arrested after the cops had detained four protesters, reports Rani Rasiah.

A demonstration provoked by the Perak Menteri Besar’s dogged refusal to honour his promise of housing lots took place outside the Perak State Secretariat building on 13 April 2011.

Even before the people turned up, about 40 police personnel including a light strike force had gathered menacingly outside the gates of the State Secretariat building. The chanting began almost immediately: “Apa kita mahu?” (“What do we want?”) “Lot tanah!” (“Housing lots!”).

The Ipoh OCPD and his senior officers grew more and more agitated. “You do not have a permit” they charged, as if there was the remotest possibility of getting a permit if an application had been made!

It was a spirited demonstration by the villagers – men, women and children, who had been fighting for housing for the past 14 years. They were a frustrated lot, having been let down countless times by Menteris Besar from the time of Ramli Ngah Talib failing to fulfil their promises of alternative housing. They were tired of using ‘proper channels’ to voice their grievances as the government did not seem to respect such initiatives.

Indeed after the current MB Zambry Abdul Kadir announced his very progressive policy of automatic land grants for residents staying 10 years on government land, the people had handed over letters every month asking for implementation of the policy, but to no avail. The letters were ignored; worse, the MB seemed to be playing games, kicking people around, by forwarding the letters to various department heads, such as the Director of Lands and Mines, the Mayor of Ipoh and the State Secretary, all of whom took no action whatsoever.

In the meantime, the 37 acres of overgrown and neglected city council land, of which Kg DBI is a part, began getting infested with snakes and other creatures as the areas neighbouring it were developed. All the letters asking the city council to step in and clean up the land, and asking for urgent settlement of the land problem fell on deaf ears. As a result, in November 2010, a villager died in the ICU a few days after being bitten by a cobra near his home. Even this tragedy didn’t make the government sit up and take action.

The villagers were driven to demonstrate as all ‘proper channels’ had failed to elicit any reasonable response from the MB and as it became more and more difficult and risky to continue living in the village. The Kg DBI residents began to feel that this neglect and inaction on the part of the state government was a conscious and cynical policy to get them to leave the kampung by making conditions unbearable!

Thus during the course of the protest, when the MB’s officer told the negotiating team that they could not enter the State Secretariat premises and that he would receive the memorandum at the gate, people were furious. The officer subsequently offered to see three people, and then five in his office. But after all the years of struggle, hardship and tragedy, the people were not prepared to return home empty handed after exchanging pleasantries with the MB’s officer. They wanted to see the MB or someone who could make decisions.

The police were getting restless meanwhile and annoyed at the support given by drivers honking in support of the protest. They stopped and served a summons on a lorry driver who had honked enthusiastically as he passed the crowd. The OCPD then got his men to close up the road even though the demonstrators posed no problem to traffic, as they were mostly on the pavement. Then the 40-odd policemen and the light strike force crossed over the road to form a menacing line in front of the demonstrators. Other police personnel went behind the line of demonstrators. Clearly preparations were being made to arrest.

The chanting continued. “MB, turun!” (“Come down Chief Minister!”), “Kami mahu jumpa MB!” ( “We want to meet you!”) The people were told that the MB could not leave the State Assembly when it was in session. They were told about wrong timing, but in the people’s experience there had never been a right timing. Negotiations continued, with the MB’s officer saying he could arrange a meeting on another day with the MB.

Our representatives asked if the MB could spare a few minutes during the lunch break of the State Assembly to see a delegation of residents.

The MB’s officer said he would try, and this fact was made known to the senior police officers present.

But before the negotiations could be concluded, a senior police officer suddenly announced that the demonstration was an illegal assembly and that people had to disperse. The light strike force and other yellow-vested police personnel swung into action, initially arresting four people whom they thought were the ring-leaders, and wilfully and violently attacking one of them.

As these four were led to the Black Maria, the DBI residents surged forward to board the Black Maria: “If you want to arrest, arrest us all!” About 10 of them managed to board the Black Maria, but this wasn’t quite in line with the script that the police had intended. Normally when they go into arrest mode, the demonstrators would try and escape, and the crowd would be dispersed. Here people were volunteering to be arrested, and police regulations specify that only a certain number of people can be loaded on to a Black Maria!

The police changed gear abruptly, and formed a cordon to prevent more people from climbing into the Black Maria, which was duly locked and driven off to the police station accompanied by escorting police cars, their sirens wailing.

The remaining protesters steadfastly marched about three quarters of a kilometre to the Central Police Station to demand the release of the 14 arrested. Villagers from other peneroka bandar (urban pioneer) villages, Chinese New Village residents, and estate and factory workers responded to solidarity calls and joined the protest in the blazing sun outside the police station. The numbers waiting outside began to swell. People bought more manila cardboard and prepared placards as most of what they had earlier had been confiscated. Clearly things were not going according to plan for the police!

Those arrested were released at about 4.00pm.

The Kg DBI villagers hope the MB will now take their housing issue seriously and call them for a dialogue. They have been waiting for 14 years! Their housing needs must be settled before the land they have been residing on for decades is apportioned off to developers.

Rani Rasiah is an Aliran member 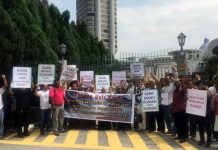 They are urban pioneers, not ‘squatters’ 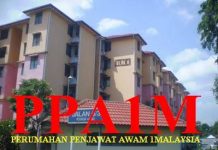