The question comes down to whether we want a society in which the rich take an ever-increasing share of the pie, reports Dave Zweifel of the Capital Times.

A University of Chicago law professor created a firestorm of controversy last month when he blogged that he and his wife are barely making ends meet with their $250,000-plus combined salaries.

Professor Todd Henderson was protesting President Obama’s plan to let the George W. Bush tax cuts on income above $250,000 per couple expire at the end of the year while extending the cuts for everyone below that threshold.

Needless to say, the good professor didn’t get much sympathy. As well he shouldn’t.

The couple live in a nice house, send their kids to private schools, employ a nanny and a lawn caretaker plus have compiled a sizable retirement account. Lots of folks — 97 percent of American taxpayers, in fact — would love to be in that position and most probably wouldn’t mind paying the tax rate they were paying back in 2000 before the Supreme Court made George W. Bush the president.

Yet, thanks mainly to a united Republican minority in the U.S. Senate and a handful of nervous Democrats, Congress cannot bring itself to vote on Obama’s plan that would lock in the tax cuts for a huge percentage of the people and begin tackling the budget deficit by raising taxes on the rich. Republicans claim it is important to reduce the deficit yet hypocritically oppose the Democrats’ effort to do so by letting the Bush tax cuts expire for individual incomes above $200,000 a year and couples’ earnings over $250,000.

Everyone should get their tax cuts extended, insist Republicans like Senate Minority Leader Mitch McConnell, yet they offer no plan for how they would make up the $700 billion the treasury would lose over the next 10 years if the cuts for the upper echelon are allowed to continue.

Some insist that increasing taxes on the wealthy would hurt job creation in this economy, but that ignores the simple reality that the Bush cuts didn’t do a thing to help the economy the past several years. George Bush left office in 2009 with the number of working Americans essentially the same as it was when he took over in 2001 — roughly 137 million — and the economy in a shambles. During Bill Clinton’s eight years the tax rate on the top income bracket was increased, but millions more people went to work. By the end of his second term, the budget deficit had been essentially eliminated.

Perhaps it’s all coincidental, as many Republicans argue, but there is not any more proof that the GOP’s formula of lower taxes on the wealthy creates more jobs and spurs the economy than there is for the Democratic formula seeking to have the wealthy pay progressively more.

Besides, the rich should pay more because they get more from the government. All those Wall Street and S&L bailouts, the funding of regulatory agencies, and the public school training of workers aren’t services used by the middle and lower classes. There are some studies that have estimated that the tax breaks and services that benefit the wealthy add up to $400 billion a year, compared to the $116 billion spent on programs for the poor.

One of the richest Americans, Warren Buffett, replies to that notion:

As Richard Thaler, a professor of economics at the University of Chicago, wrote in a recent New York Times op-ed: “The question comes down to whether we want a society in which the rich take an ever-increasing share of the pie, or prefer to return to conditions that allow all classes to anticipate an increasing standard of living.

“Demanding that the rich get a tax cut as a condition for tax relief to others is simply elitist.”

But, hey, as his colleague professor Henderson pointed out, it’s tough getting by on $250,000 a year.

Dave Zweifel is editor emeritus of The Capital Times. 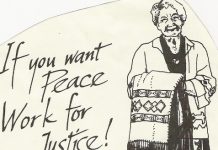 A simple note on ‘peace’

If everyone stopped serving the plutocrat level wealthy, or even stopped selling them goods or stopped giving them services, just to tell them they are harming the world, I am sure the message to grow a conscience would grow in their hearts. Like the conflict diamond or stolen good, or child labour manufactured goods and clothes that we refuse to buy, we will not vote for people worth more than 20 million. Not serve people worth more than 20 million. Those businesses insisting on serving the same plutocrats can also be boycotted by employees. Employees who HAVE TO SERVE and may be fired – are advised to seek employment elsewhere this would be a workers boycott of businesses that are plutocrat friendly. This was the way Gandhi did it to remove the English Colonial forces from India. Billions suffer from lack of water and food, housing and education, healthcare, and that sequestered wealth harms all mankind, ESPECIALLY housing or commodities speculators, so not serving such people could be a practical way to start. Then determining who works with such plutocrats to facilitate their wealth, by running… Read more »

THE RICH ARE WINNING IN AMERICA
“HOW ABOUT MALAYSISA”
WE ARE ROLLING BACKWARDS
5 DECADES AND THREE YEARS HAVE GONE BY SINCE INDEPENDENCE
WE HAVE ROLLED STEADILY BACKWARDS.
THE SIGNS OF FAILURE ARE CLEARLY SEEN IN OUR KAMPONGS
TO COVER THE FAILURE WE ATTEMPT TO BUILD A 100 STORY BUILDING TO BOOST THE EGO OF THOSE WHO CAUSED THE FAILURE.
“TOLONG BANGUN ” MALAYSIA “JANGAN TIDOR”:
WE GET SO USED TO THE LIES THAT OUR EYEBROWS BECOME HEAVY
THAT WE CANNOT RAISE IT EVEN A BIT TO SEE THE FAILURE ALL AROUND US
WE ARE A RACIST SOCEITY .OUR EDUCATION SYSTEM HAS FAILED
WE CANNOT REACH WAWASAN 20 – 20 WE ARE YEARS BEHIND
MOST DEVELOPED COUNTERIES SO WHY CONCERN ABOUT AMERICA ALIRAN
CHECK YOUR OWN BACK YARD
ELECTIONS ARE FINGERED ELECTIONS
I CAN IN THE NAME OF $$$$$$$ GIVE A GIFT TO AN ELEWCTED OFFICIAL WITH A PRISE HE CANNOT REFUSE SO HE CAN SERVICE THE NEEDS OF ME”THE RICH’ AND NOT YOU THE “POOR”