Syerleena Abdul Rashid pays tribute to a true patriot who was willing to risk it all to expose a broken electoral system.

Growing up, everybody had a favourite hero. It could have been Superman, Badang or even a Sesame Street character.

But as we grew older, our tastes in heroes and our perception of qualities that defined heroism changed. We broke away from fiction and began to look at real life for inspiration. We sought intellectual heroes: political leaders, activists, great thinkers or even authors who observed our societal behaviours and came up with witty life anecdotes while transfixing the subtlety of modern life grievances into words and then, on to pages.

Aristotle believed that heroes were “associated with courage and integrity and a disdain for the cramping compromises by means of which the unheroic majority manage their lives. Heroes were capable of something momentous – the defeat of an enemy, the preservation of a political system, the completion of a voyage – which no one else could have accomplished”. In other words, heroes were the embodiment of a superb spirit.

In modern times, heroic figures include martyrs, whistleblowers and good Samaritans. We often associate heroism with grandiose acts of valour, the sacrificing or risking of one’s life with unabashed gallantry.

But heroism can also occur less dramatically – one that is engaged voluntarily and conducted as a service to improve social or political stature. It is often initiated out of compassion without any expectations of material gain.

Many of us have found highly commendable heroic qualities in everyday men and women: Mahatma Gandhi, who taught us the power of passive resistance; Karpal Singh, who reminded us to be strong and remain principled in life; Adam Adli, who introduced us all to a generation of young Malaysians who were not afraid to reclaim ownership of our country; and Ambiga Sreenevasan; who has displayed fortitude and determination to purge corruption from our system. Of course, there are many more heroes … too many to list, in fact.

Although the multiplicities of individual preferences remain, there exists a recurring trait that distinguishes great men and great women – respectable values and principles that inspire millions and will continue to do so for generations to come. These great men and women show integrity, compassion and moral courage. They remind us of the greater cause and exhibit fortitude and perseverance. Major Zaidi Ahmad is one of them.

This doting father and husband, who served 26 years in the Royal Malaysian Air Force, was dishonourably discharged after having being found guilty for highlighting problems with the indelible ink used in GE13. The court found him guilty of breaching two standing orders: speaking to the media without the consent of the Defence Ministry and sharing confidential information with the media without the consent of the Armed Forces Council.

This callous move was somewhat expected, given the increased arrests and charges made to those who dared “criticise” the ruling regime and highlight any irregularities – even on social media.

Major Zaidi did in fact break protocol, but he did so because he felt it was his responsibility as a Malaysian to inform the rest of us about the irregularities at hand. He believed in the greater cause, and that in itself is a trait of a true patriot.

Honours are often bestowed upon heroes as an attempt to show appreciation for a job well done. Unfortunately for Major Zaidi, his dismissal will be used as a reminder to keep everyone in line. For him, there will be no celebratory honours for his decades of service nor will there be any songs sung to commemorate his bravery and achievements – at least, not from the mainstream right.

In one sweeping moment, Major Zaidi enhanced our understanding of a broken system and heightened our awareness as well as commitment to political reforms. What the future holds for Major Zaidi is anyone’s guess, but his courage to highlight the level of corruption that has permeated our political system is worthy of a standing ovation from every single peace-loving Malaysian alive today.

Heroic action is the only remedy to evil and it begins with thoughts, determination and the will to overcome the evils that exist in our present structure. 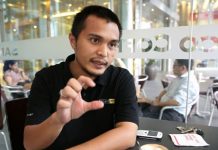 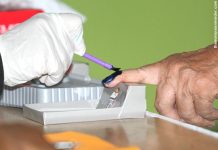 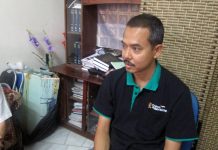 In finding Major Zaidi guilty and dismissing him from his job, military court has cost Malaysia a fine soldier