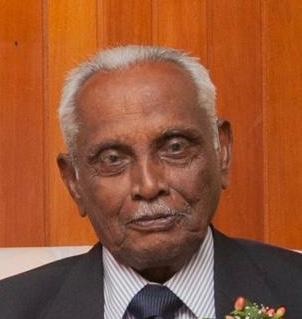 Anil Netto pays tribute to an educationist who had a great passion for social justice.

VALIATHURA, southern India, 23 November 1947 – It was like any other balmy Sunday evening at the beach in this fishing community.

Shrieks of laughter pierced the evening air as children played by the seaside while fishermen rested after a day’s toil. Nearby, small cargo vessels were moored to the busy Valiathura pier.

At about 5pm a cry rang out when someone noticed a large steamer drawing closer to the pier. Now, this was unusual as vessels of that size would not approach the shallow waters near the pier and instead would anchor further away in deeper waters. A crowd raced to the pier, which protruded into the sea, to catch a closer glimpse of the approaching steamer, the SS Pandit.

And then tragedy struck: the vessel rammed into the side of the pier shuddering and grinding to a halt. The pier swayed and then collapsed, the sickening crunching sound of iron, wood and rail tracks mangled with the screams of panicked port workers and petrified children, falling into the sea.

A steam crane on the pier tilted, lost balance and fell into the sea, its driver George Chettan jumping out just in the nick of the time. But others were not as fortunate. At least 18 people perished, among them 12-year-old Apu, younger brother to my father Eric, who was away in college.

When dad, then 18, finally returned to the village, he was distraught and inconsolable. “You have two brothers. I have lost my only brother,” he sobbed to his friend Newton, then 17.

“Don’t worry, Eric, from now on, I will be your brother,” vowed Newton. And until my dad passed away, and even in the years after, Newton maintained a special bond with our family.

And so it was, under these tragic and extraordinary circumstances that Uncle Newton entered our lives, like a force of nature. He would go on to become the longest-serving principal of St Thomas School in Kuantan.

He passed away on 16 March 2019, aged 88 — by then a well known figure in Kuantan. Though he was best known for his work at St Thomas, less well known was how his commitment to the Word of God, the Eucharist and the community fired up his sense of social justice.

So this is a little write-up by those who knew him well:

Martin Newton D’Cruz was a man of faith, a man of family and a man of community.

He had a deep and abiding faith, an unparalleled devotion to his family and a strong sense of community that manifested itself in his work as father, teacher, principal, unionist, human rights consultant and author of multiple books.

Underpinning all of this was a strong and unwavering sense of justice. Newton D’Cruz, as he was known, was deeply committed to the cause of employees.

As a unionist with the Malaysian Trades Union Congress, he traversed the roads of Pahang estates, talking to workers about their rights and educating them about the benefits due to them. A powerful orator, he drew crowds wherever he went, uniting workers to stand up for fair wages and benefits.

A meticulous man with a powerful memory, he sat down with workers after these rallies to talk about individual issues and problems. His handwriting was notoriously difficult to read; so he called on his loyal secretary and team to keep extensive records of these issues and problems, to be followed up and resolved where possible.

READ MORE:  Education in a multicultural and globalised society

He took up the cause of teachers, working with the National Union of Teachers on wide-ranging issues related to the rights and benefits of teachers.

His reputation as a champion of the common person spread. Many came knocking on his doors, seeking his help with documentation, family conflicts, stories of injustices, personal causes. No one was turned away. Where he could, he helped; where he couldn’t, he recruited others to help, and where he felt the person was wrong in seeking recourse, he advised and counselled.

As much as he believed in justice for employees, he equally championed the education of employers on the rights of employees. He advised many companies on employment issues and published numerous books on the subject to guide managers and human resource professionals on how to manage the employer-employee relationship.

As principal of the St Thomas Secondary School in Kuantan, he was known as a strict disciplinarian with a firm hand, who moulded generations of boys to become leaders and active contributing members of society.

He was particularly sensitive to the needs of poor students, walking the fields of the school looking out for boys who couldn’t afford a meal during recess. He would drop 50 sen in each of their pockets, ensuring each had a plate of noodles or nasi lemak, kuih and a drink to get them through the day.

He rallied local businesses to support every effort to supplement the care of students at the school, and to improve the school buildings and facilities. He tirelessly organised fundraising activities, building science labs and a school hall largely with funds raised from the Kuantan community.

He remained committed to the school even after retirement and was a favoured and welcome guest at student reunions.

In recent years, despite his advanced age and declining health, he devoted many hours working with the St Thomas alumni to champion the restoration of the school name.

At 81, he spoke up for the people of Kuantan when he highlighted the environmental risks posed by the Lynas rare earth refinery in an article published by Aliran. So eloquent were the concerns he raised that the federal government (through Miti) felt compelled to publish a response just six days later.

Newton leaves behind his beloved wife of 56 years, Sarojam. His legacy of caring for the wider community lives on in his four children. The eldest, Rebecca, a champion of the environment and of animals, works with environmental groups around the world and chairs the Sarawak Society for the Protection of Animals. As a brand consultant, second daughter Sue lends her time and skills to NGOs and social causes in the area of communications. His son Joseph works with the UNDP, supporting efforts to develop marginalised communities around the world, whilst the youngest, Antony, who works in the US banking sector, is an active volunteer with United Way charities.

A former student of his put it aptly:

“Your life was sheer love and labour,
your deep caring always true,
you gave your very best for each of us,
we’ll always remember you.”

This piece first appeared in the the Herald, Malaysia.