Aliran expresses its profound sorrow at the passing of the brilliant activist Martin Khor Kok Peng, who championed the cause of the South in global trade negotiations apart from his outstanding advocacy of consumer rights and environmental issues in Malaysia.

We express our deepest condolences to our friends in the Consumers Association of Penang, Sahabat Alam Malaysia and Third World Network and to the family of our dear Martin Khor.

A message from Third World Network:

It is with the deepest sorrow that we share the news that Martin Khor (1951-2020), Third World Network’s chairman and former director, passed away peacefully in the early hours of 1 April 2020 in his home in Penang, Malaysia.

He had lived with cancer since 2015 but worked even harder as inspiring mentor, strategic and action-oriented thinker, indefatigable advocate and wonderful husband, father and grandfather.

We cannot even begin to reach out to all of Martin’s friends and supporters who over decades, young and old, have marched with him to reject injustice and inequity among peoples especially of the South and to defend nature again and again.

Let us all continue on the journey that Martin helped to chart. If you wish to remember Martin you are most welcome to send a message to Third World Network twn@twnetwork.org

And this tribute from the Consumers Association of Penang:

Malaysia has lost one of its best activists – an intellectual of international standing who had worked tirelessly for the downtrodden and the disadvantaged South.

Martin Khor was the honorary secretary of the Consumers Association of Penang, advisor to the Third World Network, council member of Sahabat Alam Malaysia and former executive director of South Centre (a group representing the interests of the 53 developing countries based in Geneva).

He passed away this morning in Penang of cancer and leaves behind a wife and daughter.

He was best remembered for his many contributions to the poor communities in Malaysia including Kuala Juru and Thean Teik Estate, for the fight against Asian Rare Earth and for the stopping of the Penang Hill project.

Martin was an intellectual who communicated in a simple manner to reach out to people. He worked tirelessly for a just and equitable world economic order. He also gave up his job as a civil servant in the Ministry of Finance in Singapore.

Martin was instrumental to the development of CAP together with the late SM Mohamed Idris, creating one of the most vibrant consumer groups which became a model for consumer associations in developing countries.

He mentored countless activists around the world who had the opportunity to work with him.

The global community in the South remembers him for his work in representing and articulating the views of the South in relation to unfair trade in the World Trade Organization.

He was also in the forefront globally in climate change negotiations, representing the views of the South.

Antibiotic resistance, access to medicine and the rational use of drugs were the latest issues he was working on.

Martin Khor was an economist trained at Cambridge University and University Sains Malaysia. He authored many books and articles on economics, sustainable development, globalisation, trade and intellectual property.

He was formerly a member of the UN Committee on Development Policy and of the UN secretary-general’s taskforce on environment and development and vice-chair of the Expert Group on the Right to Development of the UN Human Rights Commission.

It is with tremendous heartfelt sadness and loss that we at CAP, consumers in Malaysia and in the global South will miss his leadership and activism in fighting for their rights.

Former Aliran president Dr Francis Loh, chair of the board of governors of St Xavier’s Institution and Martin’s old classmate shares his thoughts:

Martin had been ill for several years and had returned to Penang to receive treatment and to fight his cancer.

He was an outstanding member of the Class of 1968 who attended Cambridge University, taught in USM, played a leading role in Third World Network before heading to the South Centre in Geneva.

He attended a few of our class reunions including one on Chae Jee (the second day of Chinese New Year). He was guest of honour on speech day at SXI in 2018 when he and his siblings also launched the Khor Cheang Kee Memorial Prize for the best piece of writing in English for SXI students for the year.

Condolences to Meena, his daughter and members of the Khor family. 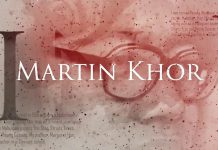 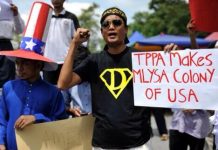 RIP Martin Khor. A true champion of the people!