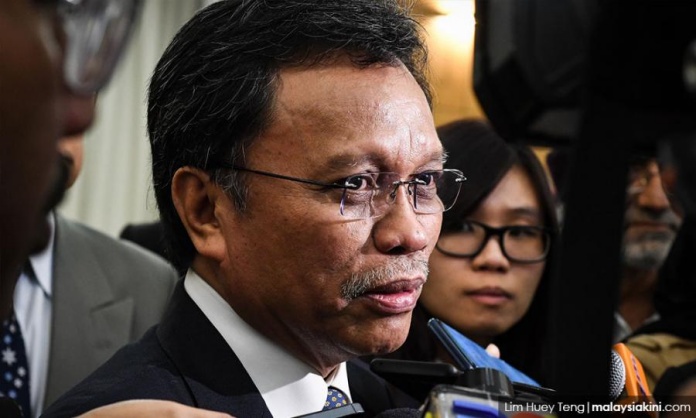 Leaders must realise that the fate of the federation rests on the wellbeing of the masses, ie the common folk, not merely the political elite, Haziq Farhan writes.

A 30 May headline in the Daily Express, a Sabah daily, read: “Shafie for DPM if Mahathir wrests back Putrajaya?” raised eyebrows among many Malaysians.

Almost a month later, there was Dr Mahathir Mohamad announcing over Facebook Live that Shafie Apdal would be the “Pakatan Harapan-plus” candidate for prime minister. This headline-grabbing news sparked many interesting comments and interpretations in our rapidly changing Malaysian political scene.

But instead of talking about the posts of deputy prime minister or even prime minister, political leaders on both sides of the aisle should seriously discuss how we can improve the Malaysian federation focusing on Borneo and peninsular state relations, ie the Malaysia Agreement 1963 and the 20-point agreement.

What matters most is that Sabah and Sarawak lack development. This needs to be seriously tackled rather than the position of any political leader. Much of the problem is because of historical grievances and past upheavals in political leadership.

Jockeying for posts only benefits the political elite; not much changes for the ordinary people of Sabah and Sarawak.

Recent developments have proven that any politician who wants to lead from Kuala Lumpur/Putrajaya cannot do so effectively without the support of voters in Sabah and Sarawak and the confidence of leaders in Kuching/Petrajaya and Kota Kinabalu.

But the culture of offering positions is not the best way to develop the Federation of Malaysia. The interests and needs of members of the federation – the peninsula and the north Borneo states – do not rest on “positions” but is instead entrenched in law and policy measures. The nation needs proper reform of public governance and cooperation for anything to materialise.

We have lost a lot of time and opportunity in building this federation. Genuine reforms are needed with the involvement of all parties: Pakatan Harapan, which has a presence in the peninsula and north Borneo, as well as local parties in Sabah and Sarawak, namely Gabungan Parti Sarawak (GPS), Parti Warisan Sabah (Warisan) and others.

What is at stake here is much more than which side wins, because the Malaysia Agreement 1963 will still be the driving force of East Malaysian politics for some time to come. It is high time for leaders to realise that the fate and fabric of the Malaysian federation rests on the wellbeing of the masses, ie the common folk, not merely the political elite.

Not just that, the PH leadership especially from the DAP and Amanah should reflect and think hard at this critical juncture: how long more should we allow this charade with Mahathir to go on? Many Malaysians are experiencing political fatigue.

It is important for PH leaders to tackle the shortcomings manifested during their time in power, without being too obsessed with Mahathir. Many issues are affecting the economy, and the wellbeing of the country is at stake now.

What PH should be offering Malaysians is the political will to lead and implement reforms, not merely acting as a platform for making compromises at Mahathir’s whims and fancies. Another round of Mahathir as prime minister – or even Shafie Apdal for that matter – is not a step in the right direction.

I would echo what a Sarawak politician said in reaction to the news: “Was Mahathir joking? I hope he was awake when he issued that statement (about Shafie), otherwise that suggestion is the joke of the century.”

Haziq Farhan is a law graduate from Kuala Lumpur who is passionate about good governance and Peninsula-Borneo relations. He once attended an Aliran Young Writers Workshop on the theme “Federalism and Decentralisation” and now serves as youth information chief of the Pandan Keadilan division