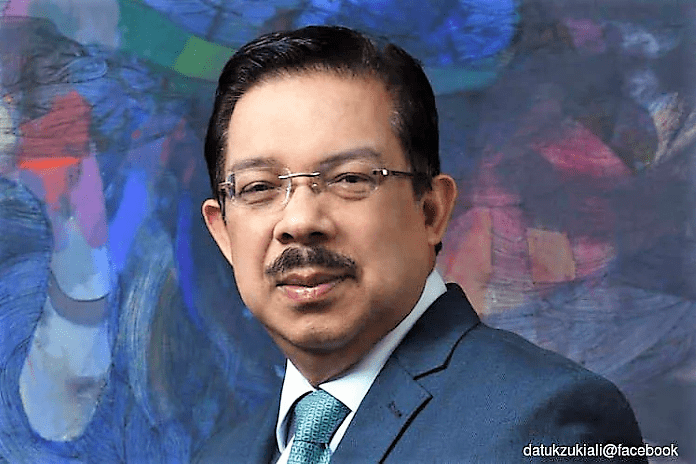 Many Perikatan Nasional (PN) ministers must be fully aware of government policies and measures taken to implement those decisions.

Being knowledgeable on these matters, the prime minister and his cabinet colleagues are best equipped to provide explanations and clarifications to the members of the presidential council.

That being the case, it really raised more than eyebrows seeing the chief secretary to the government, Mohd Zuki Ali, participating in a private meeting of a political party on 24 January. The chief secretary, being the top public servant, is not beholden to the PN president or any leader of the other 11 parties. Why then was he present at this private virtual meeting?

All these heads hold important positions in the PN government and are ministers attending the weekly cabinet meetings, where they are briefed by the heads of government departments when necessary. What is the special need for the chief secretary’s presence at this political meeting when serving ministers are well suited to provide the briefings to others?

Besides the chief secretary, the deputy director general of health, Dr Norhizan Ismail, was also present. The presence of Dr Norhizan, is inexplicable. His boss, the director general, provides daily television briefings to the nation besides the Senior Minister for Security and Defence, Sabri Yaakob, who also appears frequently and provides updates. Does this mean that those attending this private political meeting didn’t bother to listen to these briefings in order to be informed?

A pertinent question arises. Supposing the presidential council meetings of the opposition parties are held, will these two civil servants be permitted to provide in-depth briefings at these meetings? Actually, it’s the opposition that needs to be briefed. In all fairness, this should be the case.

In the name of the neutrality of the civil service, can the prime minister now assure Malaysians that this privilege will be extended to the opposition as well?

Otherwise, what has happened is clearly an abuse of power and misuse of authority which cannot be tolerated and must be condemned vigorously. It reflects a couldn’t-be-bothered attitude which is extremely appalling.

Civil servants cannot realistically be expected to disobey an explicit order by their ministerial superior that compromises their political neutrality. But the senior civil servants concerned have the prior duty of realising the impropriety of the act and strongly urging their ministerial head not to require them to do it. Failure to discharge this prior duty would make them blameworthy as well.

The neutrality of any democratic country’s civil service is an abiding principle. Like all principles, this is considered as sacrosanct just as any individual’s right to work.

Here, just reflect on the lecturer who was purportedly pressured to resign for leading his students to the headquarters of the Opposition Democratic Action Party in 2019. That also raises the question of academic freedom in our country.

Let me return to the issue of civil service neutrality. Can the Government led by Prime Minister Muhyiddin Yassin who has a wealth of experience explain how this blunder was allowed to blight the record of our public administration?

I also observe the Government’s silence on the issue of the lecturer being pressured to resign.

Thank you, Rama for calling out this shameful incident.
Perhaps Muhyiddin will give incidents where the then Chief Secretary gave briefings to the Barisan Nasional chiefs,

This is another example of Muhyiddin’s “cakap tak sama bikin” routine.
Yes, “..what has happened is clearly an abuse of power and misuse of authority” – but Muhyiddin says, so what?
Sigh…