Such projects disrupt the societal peace, harmony and goodwill painstakingly built over decades in these neighbourhoods, writes JD Lovrenciear.

The rush to erect high-rise condominiums boasting “contemporary living” is coming at a heavy price.

The recent collapse of one such development in Kuala Lumpur (Taman Desa) is not an isolated freak ‘accident’.

Some residents invested much in residential landed properties, worked a good 30 years, and then counted on a peaceful retirement in their garden homes in a familiar neighbourhood. But then, out pops a sudden plan for building a high-rise in their quaint neighbourhood.

The problems highlighted in the media about what is going on in the vicinity of the Taman Tun and Bangsar areas are examples that highlight the fear a retaining wall collapsing, slope erosion, traffic congestion and higher density areas arising from these “contemporary living” high-rise development projects.

Why are the authorities determined to choke the great residential landed properties that residents bought decades ago, in the hope of a peaceful life in an established leafy neighbourhood with great community living?

If the argument is “to meet the rising demands for housing”, then why must it be at the expense of the citizens’ right to enjoy their homes and surroundings for which they sacrificed much in terms of time, money, dreams and passion to care for their homes bought decades ago?

Why are we witnessing so many high-rise dwellings being constructed at a furious pace, hugging almost every visible slope in and around the federal capital and its perimeter?

Is it because the money to be made by vested parties is just too good to resist?

It is time all these projects stop taking shelter behind laws that seem to protect vested parties while the helpless residents of established neighbourhoods are left in the lurch despite their attempts to seek legal redress.

We cannot go on like this. We cannot have authorities on the one hand spending taxpayers’ money to create “rivers of life” and all kinds of township ‘beautification’ projects while high-rise projects are choking or wiping out quaint, established neighbourhoods with impunity. Such projects disrupt the societal peace, harmony and goodwill painstakingly built over decades in these neighbourhoods.

All such “development” madness has to stop. Mere “stop work orders“ each time a crisis strikes are just pulling wool over our eyes. Even “the rule of law” does not seem to be able to preserve and protect these peaceful established neighbourhoods. 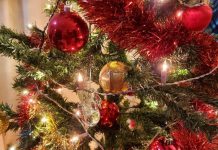 Thank you Sir, for a break in articles and commentaries on the current political situation.

Issues such as such high-rise construction mushrooming all over the place and adding to congestion is what impacts people such as myself and my neighbours at the local level.

This is why, whilst I’m not pro-BN, however I am also upset with Pakatan.