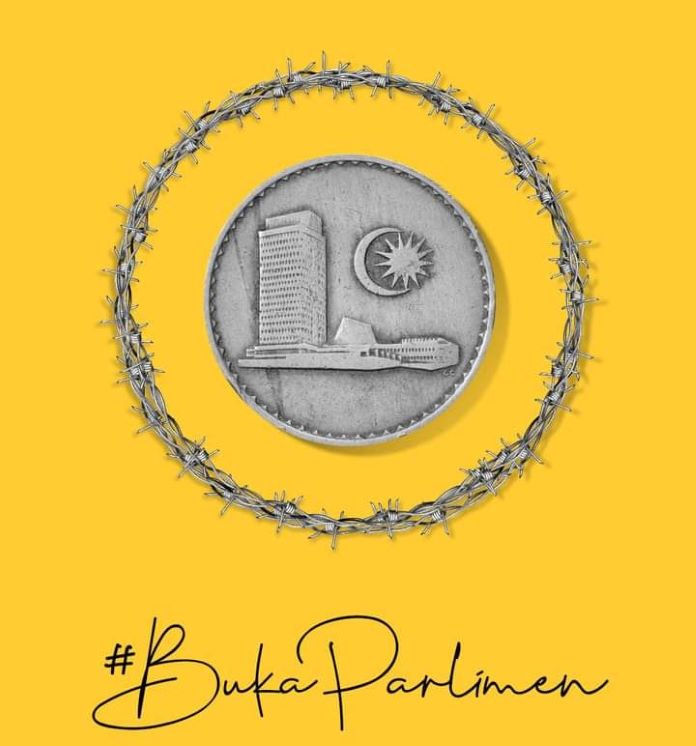 What a week, huh?

Malaysians were initially so filled with excitement over the reconvening of Parliament. We were wondering how and what the first day of Parliament would be like? Would animosity be set aside and everybody try to, at least, get along and focus on the government’s recovery plan so that the country and its people could back on track?

But what a disappointment it turned out to be!

The blockbuster statement from the de facto law minster, Takiyuddin Hassan, shocked many. He announced on 27 July that the various emergency ordinances enacted since 12 January had been ‘revoked’ on 21 July and the state of emergency would not be renewed after its expiry on 1 August. What a furore that caused.

The prime minister then walked out half-way through parliamentary proceedings, leaving the finance minister to answer questions about the emergency.

We then had the Speaker disallowing a debate on the ‘revocation’ of the emergency ordinances. All this could only be raised on 1 August.

Then we read reports on 29 July that the King had wanted the emergency ordinances to be tabled and debated in Parliament. Don’t you think it is plain common sense that when you begged the Agong to endorse a state of emergency and its various ordinances in January 2021, it stands to reason he ought to be the person to sign off on their revocation?

Some have said that failure to do this amounts to treason towards King and country – allegedly committed by a government who needed the King to help it remain in power!

On 31 July, another twist: the 2 August parliamentary session was suspended due to the risk of Covid infections (11 cases – compared to around 17,000 cases throughout the country!). Most of these very important people in Parliament would already have had their vaccinations, so why all this drama? Another reprieve for the prime minister and his minions until the next parliamentary sitting in September?

I happened, by pure accident, to watch a live question-and-answer session with the coordinating minister for the national immunisation programme. Due credit to him, he was articulate and able to answer questions from the various MPs.

But what shocked me was the rudeness of the Speaker when responding to some MPs who were asking for more time to engage with the minister on the subject. Who on earth does the Speaker think he is? Just because he holds the gavel, does he think he has the power to say and do as he likes?

I always understood that sopan santun (politeness, decency) was part of our culture, but this Speaker showed little of it. It beggars belief that this kind of behaviour is allowed in Parliament – and coming from the Speaker of the House, no less. Disgraceful!

So, all in all, nothing happened in Parliament to give the people any sense of wellbeing and hope. We are back to square one. There was the usual shouting but little of substance came out from anyone on how to ease the suffering of the people. Most of the politicians seemed only interested in playing politics.

Over the last few days, we heard more talk of treason or derhaka. Protesters gathered on the streets of Kuala Lumpur, demanding the resignation of the prime minister and his government. The government has failed miserably, and most Malaysians know this, hence the protests.

So, what will happen to the country now? What will the prime minister and his minions do to placate the groundswell of discontent running through the country?

Will the prime minister, knowing he was never the people’s choice, have the guts to admit his lack of good governance and incompetence and bow out gracefully?

Or will he stick to his guns and listen to his minions, who are also unwilling to give up their cushy seats, and put someone else’s head on the block? What will the coalition government do?

Umno has demanded that all its MPs withdraw their support for the prime minister – for failing to do so may be seen as being treasonous to the Agong.

But will the party have the guts to go through with this? Will Umno MPs obey their president? Or will this be another smokescreen to lull the people into thinking that Umno is for the country and the people when it is not really serious about a pullout from the PN government?

Rumours abound about Ismail Sabri taking over as PM, but what difference would he make? It would be the same old, same old – minus Mahiaddin Yasin. Ismail Sabri was given the job of handling the pandemic, but what has he done? Anything new? Anything at all?

We are sick and tired of the government that we now have, so what needs to be done is to have an interim prime minister who is not hand-in-glove with the Perikatan Nasional-led government or the opposition.

We need an administrator with no axe to grind. (Unfortunately, it is not easy to find one that fits the bill). This idea of an interim prime minister and government has been bandied about for a while, and it seems to me to be the only solution now and possibly the only way the country can get can out of this debacle.

The trillion dollar question is who? Is there someone out there who will put the people at the centre of all his or her decisions? I hope there is and that he or she will be someone with true integrity, with no baggage or bias – someone who will stay as the interim prime minister and sort out the mess and who will not outstay his or her welcome once the country is back on an even keel.

We need someone with a soul.