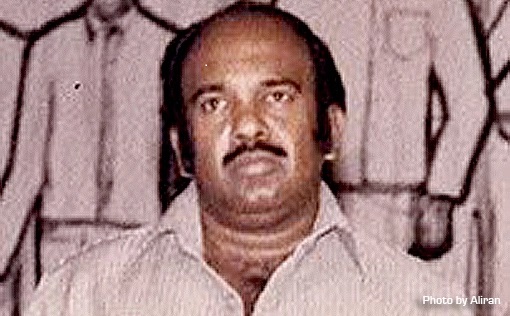 Younger Malaysians may be aware of the significance of Labour Day, which is celebrated every year on 1 May. But few may know the person who played a role in getting recognition for our workers on this auspicious day – David S. Vethamuthu, better known as V David.

David faced an uphill task in getting the government to officially recognise Labour Day as a public holiday. A determined, die-hard trade unionist, he never gave up the quest. Following constant arguments and disagreements with then-Deputy Prime Minister Dr Ismail Abdul Rahman, 1 May was eventually declared a public holiday on 20 May 1972 at Dewan Belia in Kuala Lumpur.

Back then, politicians and trade unionists knew how to drive a hard bargain without compromising their integrity. It was never anything personal; always for the common good and in the best interests of the nation. Compared with many of the politicians we see today, politicians and unionists then were a different breed.

Growing up in deprivation in a squatter settlement in Old Klang Road, Kuala Lumpur, David got involved in trade unionism and political activities from a young age. He offered village dwellers suggestions and help whenever required.

Only two passions kept David going throughout his life – trade unionism and politics. Sometimes both intertwined as part of his DNA.

In 1953, David established the Selangor Mill Workers Union (SMWU), before studying economics and politics in the University of Louisville in the US the following year. He led the National Union of Factory and General Workers after it merged with the SMWU.

So unwavering was his commitment to trade unionism that it earned him the moniker ‘King David’ in local and international trade union circles. David’s solid reputation was unparalleled, duly recognised by his peers in unionism.

Support the struggle to build a Malaysia based on Justice, Freedom, Solidarity:
READ MORE:  Muda will destroy its future if it aligns with Mahathir

David played a pivotal role in setting up the Workers Institute of Technology in Port Klang in the early 1970s. This institute provided opportunities in education for thousands of workers’ children over the years.

Vocal politician without fear or favour

Mirroring his career as a unionist was David’s dedicated calling in politics. In 1959, he was elected MP for Bangsar under a Malayan Peoples’ Socialist Front ticket and Selangor state assembly member for Pantai. In 1964, he lost his parliamentary seat to Devan Nair of the People’s Action Party, but retained his state seat.

Prior to the election of Batu MP P Prabakaran in 2018, David was the youngest MP in the country’s history when he was elected at the age of 26 in 1959.

Joining Gerakan later, David stood under the party’s ticket and won the Dato’ Keramat parliamentary seat in Penang in the 1969 general election. A few years later, together with Dr Tan Chee Khoon, he left Gerakan and joined Pekemas and when the latter party folded, he moved to the DAP.

However, in the 1982 general election, he lost his seat to MCA strongman Tan Koon Swan.

David subsequently was then twice elected MP for Puchong, in 1986 and 1990, before retiring in 1995 due to health reasons.

Like many opposition figures, David was arrested under the Emergency Ordinance in 1958 and under the Internal Security Act in 1964 and 1969 (after the 13 May race riots).

In 1987, David was again arrested under the ISA during Operation Lalang), together with many other opposition stalwarts like Lim Kit Siang and Karpal Singh and NGO activists.

Despite his detentions, David, steadfast in his political convictions, continued his relentless pursuit to uplift the lives of the working class. For over 50 years, he always spoke about the plight of the ordinary worker, never concealing his censures and disapprovals of the powers that be.

Despite his many trials and tribulations, David stood by his conviction as a trade unionist and politician. He never mellowed down.

Even though the MIC claimed to be the champion of Indian Malaysians, it was David who was recognised in Parliament as the torchbearer of the community for his bold and outspoken views.

In recognition of his vocal stand on serious issues, David was made chairman of the World Tamil Association in 1984.

He chronicled his thoughts on Malaysia’s post-independence era in his book Freedom That Never Came.

David passed away on 10 July 2005, and till today many fondly remember him for his contributions to the trade union movement and the downtrodden.

At his wake, former Deputy Prime Minister Ghafar Baba reminisced about the veteran trade unionist: “I crossed swords with the opposition strongman V David many times in Parliament, exchanging words and often creating ‘sparks’. I liked him although he was an opposition MP; he was a good man. We need people like him.”

As DAP adviser Lim Kit Siang remarked at his passing, “David’s death marks the end of an era, that of a great politician and unionist.”

The Malaysian Trades Union Congress (MTUC) requested the Selangor state government to name a road after the late V David, but it seems to have fallen on deaf years. If the Selangor government does not recognise V David’s contributions, then the Penang government should honour him. After all, he was once a Penang MP.

Trade unionists come and trade unionist go, but a trade unionist of V David’s stature will always be remembered. A doyen and legend of the trade union movement in Malaysia, he is also fondly remembered as an opposition stalwart who spoke without fear or favour on issues dear to him.