In the run-up to the general election, a familiar sight has emerged, observes Anil Netto.

During the last general election campaign in 2013, many residents of Penang Island made a beeline for free dinners, even free beer, dished out almost every night, each time at different locations on the island.

This time, even before the election campaign, ‘excitement’ is in the air once again as folks in Permatang Pauh on mainland Penang scramble at a jualan murah (cheap sale) (see video above), which Umno is touting as a service to the people. (Is it just a coincidence that Permatang Pauh is where Nurul Izzah may contest in the general election?)

An Umno rep there says the lower prices are possible as they are bypassing the middlemen and obtaining supplies directly from agencies.

This is amazing as even hypermarket giant Mydin has said it could not sustain the Kedai Rakyat 1Malaysia (KR1M) (1Malaysia People’s Shops), where it tried to keep prices low.

Mydin discontinued the programme last October after they “lost massively” despite the hypermarket group having “noble intentions” for the programme. Logistics costs to send goods all over Malaysia, borne by Mydin, took up as much as 20-25% of sales.

The assets involved in setting up the KR1M, such as the costs of renovations and gondolas were paid for by the government while the costs of the goods, operations and logistics were borne by Mydin, according to its managing director Dr Ameer Ali Mydin.

Apart from ending KR1M, the hypermarket group is even selling four of its premium Sam’s Groceria stores.

Check out this BFM Radio interview with Ameer Ali Mydin.

This comes as retail sales across the nation dropped by 1.1% in the third quarter of 2017, while hypermarket sales plunged by 5%. The outlook for the hypermarkets, which control about half the Malaysian grocery market, is bleak.

How is that possible when GDP in the third quarter of 2017 rose by over 6%?

This may have something to do with the fall in purchasing power of ordinary people in view of fairly stagnant real wages, regressive taxation (think GST) and the removal of all kinds of subsidies in line with the neoliberal ideology.

“I think people just don’t have money,” Ameer Ali Mydin told BFM. “Let’s go to data. I think end of the day, let’s ask how much prices are going up. Prices have gone up seriously every year. Within this five-year period, prices have gone up over 14%” (according to Mydin’s own data).

Although this might not seem excessive over a five-year period, the rise in prices of individuals items has been “scary”, he said. For example Camerons cabbage rose by 29% over five years, ikan kembung hitam (Indian mackerel) 20%, a popular chilly sauce 39%, and a popular sardine brand 31%.

These hefty price hikes – rather than the 2-3% official inflation rate – are the reality, especially for the lower-income group, who feel the impact the most as they spend a disproportionately higher portion of their income on food.

So if workers’ wages do not rise to keep up with the price hikes (and the wages of even hypermarket staff are affected), if they have to pay GST, if subsidies are removed, surely they will find it hard to cope. No wonder the higher cost of living has emerged as the top issue of concern in a recent survey ahead of the general election.

Meanwhile, Prime Minister Najib Razak has relaunched the KR1M programme as KR1M 2.0. Instead of operating in specialised outlets under Mydin, KR1M 2.0 would be located within the premises of KR1M 2.0’s partners with cooperation among the government, manufacturer, distributor and owner operated-businesses to provide a fair price to consumers.

KR1M2.0 would be spearheaded by Perbadanan Nasional Bhd (PNS), a Finance Ministry outfit promoting the development of the franchise sector. It would be a tough ask for PNS to succeed where Mydin – with all its established outlets, supplier network, logistics and distribution chain, economies of scale and retail experience – failed. Who will bear any losses? Let’s see how this one pans out.

The problem with BR1M handouts, KR1M and cheap sales is that that do not address the root causes of what ails the economy and the people – you know, things like high food imports, declining standards of education, regressive taxation, the removal of subsidies and stagnant real wages. 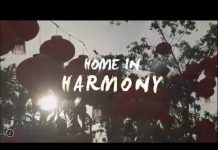 Hopefully if Pakatan win GE14 they will address the root causes but what are the root causes and will Pakatan reject neo-liberal policies or will they embrace them even more.

Prices have certainly gone up for all and one of the reasons is the weak ringgit which is too closely related to the price of Brent Crude oil which had been low, which means that Malaysia’s economy is too dependent on oil, hence the need to reduce that dependence and how a Pakatan government manages that is left to be seen and hopefully, they do not do a “Syriza” on us and impose austerity measures upon us as dictated by the global imperialist/capitalist powers that be.