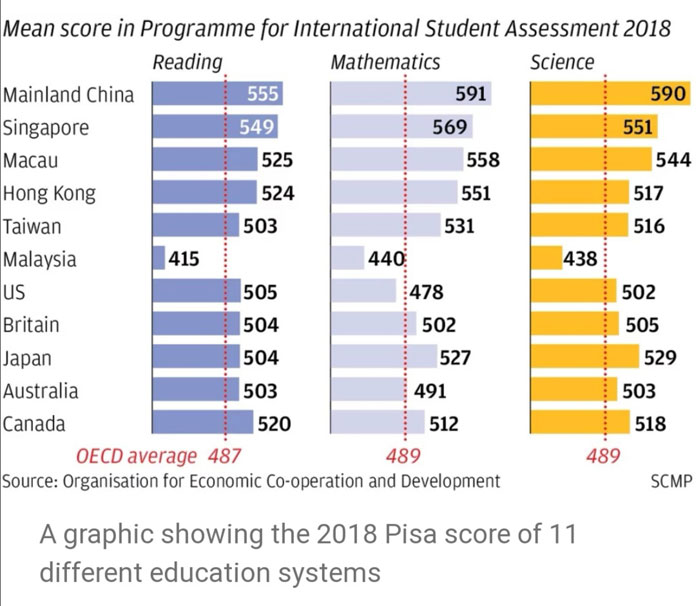 Francis Loh’s piece “How to reform Malaysia’s ailing educational system” has prompted several of our newsletter subscribers to respond. (Subscribe to our free newsletters.) We reproduce their comments in the hope of sparking further discussion and debate. Please leave your comments at the bottom.

Khong Kah Yeong: Thanks for this piece. It brings to mind a flood of other factors that I thought contributed to the worsening standard of our education. Apart from the alleged abuse of the marking schemes used to assess the answers from the candidates in the national exams, I wonder whether the way the majority of the teachers were taught in their religion has not influenced their attitude and the way they in turn teach their charges.

If I am not mistaken, their learning of their religion is more by rote learning than by discussion and logical reasoning with the result they have been drilled into accepting word for word from their holy book, and nothing else.

This in turn might have translated into their accepting their students’ answers as correct only if these answers are from the prescribed textbooks or in the marking schemes. This makes them drum into their students that they should reproduce only what is in the textbooks for their answers, hence stifling any original or analytical thoughts by the students.

How then can the students do well in international tests such as the OECD’s Programme for International Student Assessment (Pisa), which requires analytical and logical thinking?

Wouldn’t this lead to a nation of yes-men zombies?

These students, however weak they may be in the sciences, are not allowed to – or at least strongly discouraged from – changing to the arts stream or whatever other stream that they would do well in. What results can one expect then when they sit for the Pisa tests?

There are many other factors as well including how teachers are selected for promotion or school heads selected for higher posts. Suffice to say, that many hardworking but not outstanding teachers are nearly always bypassed year after year resulting in them in them being discouraged and refraining from giving their best again. Instead, they spend more time seeking other sources of income instead of focusing on their school work. Can we blame them?

But why not follow our next-door neighbour in the South, which was part of us in the past? We even have the same ethnic, cultural and religious mix! Would it not be best? Statistics already show it to be second just after China. Just do it now. This might even save our leaders’ travelling expenses to visit Estonia and Finland to ‘learn’ from them in future?

Yes, each time a new education minister replaces the previous one, inevitably there will be changes to the system, whether or not we like it. Don’t we realise it causes all sorts of mixed feelings like confusion and even unnecessary expenses to comply with new rules and regulations. May God bless us all!

R Ng: Any surprise we are still a third world nation and some of our leaders have backward minds even if they have so-called PhDs…

G Singh: Reforming the current education system may not be considered to be compatible with the interest of some in positions of authority or power, and thus no changes may be considered.

Join in the discussion. Leave your comments below.

So many, I mean so many skilful Malaysians have voiced out their willingness to help the nation rebuild the education of this country. But, all these hopes have fallen on deaf ears. There are many ways to reform the education system, but the ultimate question is, are the people in charge of education WILLING to reform the system. Decentralising from political parties is what our education system needs, first and foremost. Then, any … minister who hails as Education Minister will not be able to blindly change the system according to his moods!!

]
But why not follow our next-door neighbor in the South which show it to be second just after China.

COULD THE REASON FOR FOLLOWING FAR AWAY TOURIST DESTINATIONS FOR HOLIDAYS by those in Authority to enjoy at taxpayers’ cost] BE THE REASON FOR NOT FOLLOWING THE TESTED AND TRIED AND PROVEN EXAMPLE OF OUR SOUTH NEIGHBOR?

Some pragmatic solutions:
1) Science and Mathematics to be conducted in English – period.
2) Enhance teaching skills, as teachers are central to any discussions on the quality of education. Perhaps a grading system / performance indicator for all teachers (attendance metric, student survey, completion of syllabus)
3) Aside from teaching, ensure that schools are a safe space for students. i.e. bullying must be handled strictly, school counselors/discipline teachers are essential in every school.
4) Basic amenities in every school must be meeting a high minimum standard, and dilapidated ones must be repaired
5) Students should not only focus on academic, but civic mindedness. Classroom cleanliness, uniform tidiness, etc.

I feel like the education ministry should ask parents and students what we want. After all, it is our future. Let us decide what is best for us. Let us choose what we want. Don’t control us. I understand this cannot be done immediately. Instead it should be slowly implemented. Focus on us sound well in school for the future of our country.

How do we discuss substance totally-not seen as anti anyone?Once and for all, PLEASE, the bumis are constitutionally protected, for eternity perhaps in Msia.Let’s seriously focus on ‘Quality’, in all matters. PISA results as above, have seen Msia down for some time. Leadership-Dr. M, Edn ministr, in that order, can work on the civil servants. They can be monsters, also with warped agendas. Their children, it is known, are foreign, English language-based schs educ’td.Motives ulterior? Children come back fr Oxford…, n assume high civil/private sector positions. Just look around.Sing can teach surely,like Japs. For our common future, ‘educate’ civil service to be pragmatic.As with police, civ serv, impt. NEED to evaluate n go forward.

Some of the teachers were struggling to speak in English in the assembly speech during my secondary school period. My Form 5 English teacher spoke Manglish.

I wonder what the qualifying requirements are in recruiting the potential candidates and the standard of training being provided to the prospective teachers.

I saw no major effort from the principal of the school to raise the standard of the students’ performance in the exams nor any impactful means to enhance the education in substance.

What i saw was focus was given on, for instance, “gotong-royong” which was the principal’s favourite. Form instead of substance was preferred.

Some teachers tended to be absent due to various reasons.

steve
Reply to  A concerned citizan

Our MARA schools, colleges and universities are doing well. Meke that our Malaysian model for quality education. Can the new minister make that model available for all Malaysians without discrimination?