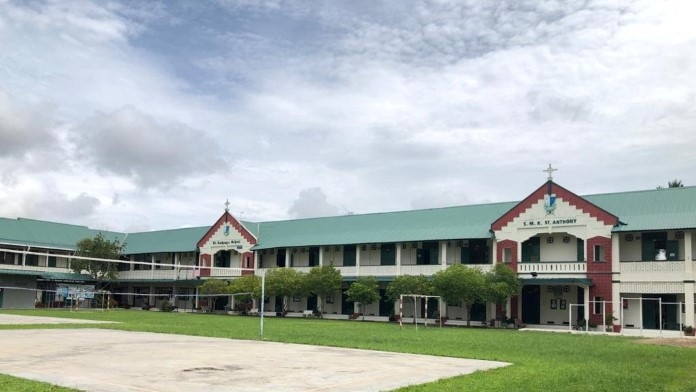 Anniversaries are occasions to ponder over history, sometimes with happiness, at other times with despondency, seldom without emotion.

These occasions may evoke memories etched deep in the recesses of our minds. They may remind us of important achievements and the camaraderie that was part of our lives.

Anniversaries are thus an important part of the life of a school. They commemorate the positive aspects of the school – its achievements, rituals, challenges and ethos – to instil pride not only among alumni but also in present-day pupils. This is important, for one day, these students will look back and treasure their time at their alma mater.

School anniversaries allow us to rekindle past relationships with friends and classmates and to reminisce about old times. They are not only occasions for contemplation, they also allow us to ruminate on where it all began.

Mission schools in Malaysia may look forward to their anniversaries with a sense of pride in their achievements. Most have illustrious histories that are the envy of other schools. These schools have carved a treasured niche in the lives of their students, several of whom have risen to the pinnacle of success or become luminaries in the nation.

The only blemish in some mission schools was that certain teachers and principals selected their ‘pet’ students to positions of prominence such as school prefects. Some better candidates were blatantly disregarded because they were not apple-polishers or kept a low profile. Ironically, many of these lesser-known students shone in life compared with the schools’ favourites. I guess this is poetic justice!

Alumni of St Anthony’s School in Teluk Intan have fond memories of their time there. The school traces its roots to 2 February 1931, when the parish priest of St Anthony’s Church, Rev Fr Michel Bonam, a Catholic missionary of the MEP (Paris Foreign Mission) started a school in a wooden shack linked to the church building to cater to the needs of the Catholic children in his parish. It adopted the Latin phrase Caritas Non Ficta (Charity Without Hypocrisy) as the school motto.

Named after St Anthony of Padua, the school had an initial enrolment of 11 students. Prior to this, Catholic children attended a Methodist school nearby (known today as the Horley Methodist School).

Identical to other mission schools, St Anthony’s is still synonymous with quality education. Many of its teachers left a deep impression on their students. For nine decades, many dedicated educators graced the classrooms of St Anthony’s, leaving an indelible mark in the lives of their charges. That was their legacy.

It was during Rev Bro Denis Hyland’s tenure as principal (1956-60) that land next to the school was acquired for a school field.

La Salle Brothers helmed the school as principals until 1977, when Toh Soon Guan was appointed as the first lay principal.

Back then, teachers at St Anthony’s were sticklers for discipline, meting out punishment that would be forbidden today! All the same, they inculcated noble values in their pupils, moulding them into citizens the country could be proud of.

Many of these students went on to become doctors, lawyers, engineers, teachers and civil servants and were successful in their careers. The school also produced national sportsmen. To this day, these alumni express their heartfelt gratitude to the school.

Like in most other schools, sports was deep-rooted at St Anthony’s. An old friend, Dr M Balasundaram, now retired in Perth, fondly reminisced about sports at his alma mater. “The school’s sports carnival used to be held in the town field, and it commenced with a march past by the St John Ambulance, scouts and all the school houses: Red, Blue, Yellow and Green. Participants marched and after the events, the prize-giving ceremony was the highlight of the annual sports day.”

Anthonians can look back at their alumni’s glowing contributions to the nation in various spheres. Some of these alumni have moved to different corners of the globe. In these countries where they now reside, they have also contributed immeasurably to society.

When people think of Teluk Intan, the first prominent landmark that comes to mind is the leaning tower. St Anthony’s School, in a smaller way, can lay claim to being another landmark in town.

Alumni of St Anthony’s, one of Teluk Intan’s premier schools, can reminisce over nine decades of not only nostalgic memories but also a deep sense of pride and joy.

I believe few other relatively small schools in the smaller towns of the country have moulded as many distinguished alumni who have contributed immensely to the nation as St Anthony’s.

Anthonians can now look forward to their centennial celebrations in 2031, another auspicious milestone.

The author, whose own alma mater is La Salle Peel Road in Kuala Lumpur, wrote this piece at the request of his friends who are St Anthony’s alumni.

ABOUT US
Aliran is a reform movement in Malaysia promoting justice, freedom and solidarity.
Contact us: [email protected]
FOLLOW US
Content may be reproduced without alteration but please attribute to aliran.com
wpDiscuz
8
0
Would love your thoughts, please comment.x
()
x
| Reply