Under the Trans-Pacific Partnership agreement, governments can be compelled by offshore tribunals to pay huge amounts in damages to powerful multinational corporations, warns Charles Santiago.

Malaysians will celebrate the country’s 56 years of being a sovereign nation in the next two weeks, with the theme being: ‘My sovereign Malaysia: My native land’.

Plans to commemorate the day with pomp and bursts of colour are already underway. But when the speckle of glitter settles, the theme will come to naught. And this is because Malaysia would sign on to the Trans Pacific Partnership (TPP) agreement.

A highly controversial aspect of the TPP is the Investor-State Dispute Settlement (ISDS) mechanism listed in the investment chapter.

The ISDS mechanism has serious ramifications for sovereignty and policy-making space of governments. Or more importantly, ISDS allows corporations to discipline governments and its institutions.

It gives power to corporations to sue governments in international arbitration tribunals such as the World Bank’s International Centre for Settlement of Investment Disputes (ICSID) or the Paris-based International Chamber of Commerce (ICC).

The decisions of these tribunals are final and binding on governments. And awards of the tribunal can be enforced anywhere in the world, including taking possession of government property elsewhere.

And recently, corporations have chosen the ISDS strategy in resolving conflicts with governments.

Since 2011, there have been 450 known investor-state cases, the majority of which were filed by corporations against developing nations.

The context of the ISDS system has changed. What started as a fair and neutral dispute settlement system has now mutated into something else.

Research by the Transnational Institute (TNI) has shown that arbitrators tend to defend private investors’ rights above public interest, and that the ISDS system is now “a multimillion-dollar, self-serving industry, dominated by a narrow exclusive elite of law firms and lawyers whose interconnectedness and multiple financial interests raise serious concerns about their commitment to deliver fair and independent judgments”.

Other recent studies on investment treatise and arbitration also show that the process falls short of basic standards of transparency, judicial independence and procedural fairness. To further strengthen the interests of corporation, the ISDS mechanism does not stipulate investors’ obligations but only investors’ rights.

This further cements corporate control over sovereign nations. And most importantly, in signing on to the investment treatise and agreeing to arbitration, a government wilfully accepts to be sued in a jurisdiction outside its own legal framework.

Swedish energy multinational Vattenfall is seeking $3.7bn from Germany following a decision to phase out nuclear energy in the country after Fukushima.

And US-company Lone Pine is suing the government of Canada for US$250m over a moratorium on controversial shale gas extraction (fracking) in Quebec.

The Philippine government spent US$58m defending two cases against German airport operator Fraport. These are funds that could have paid the salaries of 12,500 teachers for one year or vaccinated 3.8m children against diseases such as TB, diphtheria, tetanus and polio.

Hence, here is the crucial question: What is at stake for sovereign governments?

They can be compelled to pay millions or billions in damages for loss of profits. Authority and policy-making space of governments, sanctity of laws enacted by parliament, and jurisdiction of the national courts can be undermined.

The case of Philip Morris against the Australian government succinctly proves my argument.

In 2011, the Australian government introduced new regulations on cigarettes packaging in an effort to reduce smoking-related health problems.

Tobacco giant Philip Morris reacted by filing a lawsuit in the country against the government as it perceived the decision of the government was detrimental to its investments, causing loss in profits.

In 2012, the country’s High Court ruled that the regulation was justified and tobacco companies did not deserve compensations as it is a public health measure.

Philip Morris has now referred the case to the ICSID seeking billions of dollars in compensation through the ISDS mechanism under the Australia-Hong Kong Bilateral Investment Treaty.

This could happen to Malaysia if it decides to sign-on to the TPP agreement.

The Ministry of International Trade and Industry (Miti) has brushed off concerns regarding the ISDS. They argue that the ISDS is needed to attract foreign investment and that Malaysia is already subject to the system resulting from various trade agreements, even without signing the TPP.

The government should not fall prey to the corporate lobby. Investments and FDI are a function of a stable government, good infrastructure, an educated working class and a system that guarantees transparency, good governance and zero corruption.

Malaysia must also beef up its own investment laws to protect both local and foreign businesses to ensure fair and equitable treatment and not succumb to ISDS oversight.

In the last few years, countries such as Bolivia, Ecuador and Venezuela have terminated investment treaties and withdrawn from the ICSID.

South Africa has said it will not renew old investment treaties which are about to expire.

And lastly, Australia has announced it will no longer include ISDS provisions in trade agreements.

Malaysia should follow these examples so that we can continue celebrating our independence as a sovereign country.

Charles Santiago is the Member of Parliament for Klang 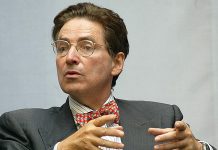