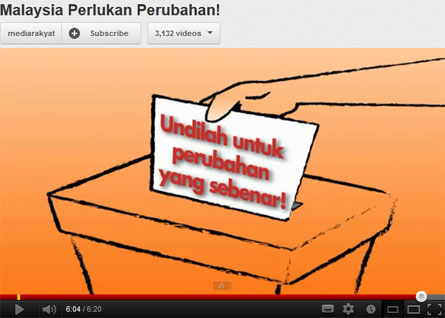 The people have spoken clearly through the ballot box. The big question is: can BN evolve to retain 47 per cent of the popular vote in the next round of battle, wonders Allen Lopez.

I have always taken an interest in politics, keeping abreast of news both in the mainstream and alternative media, though much less of the former in recent times. I have been a passionate armchair critic. In each of the past five GEs, I have voted in the (mostly unfulfilled) hope of greater transparency and accountability, and good governance.

My hope has been for a transformation into a vibrant democracy where leaders govern with the best interests of the governed at heart. I’ve yearned for a leadership shorn of the arrogance which accompanies the trappings of power. My longing was for a political reality where checks and balances, accountability and transparency would be at the vanguard.

And I have prayed for a government stripped of the vestiges of cronyism, greed and corruption.

I think my hopes resonate with the average Malaysian.

In 2008 we spoke with clear voice in denying BN a two thirds majority.

This was change for the good. A political transformation was set in train.

In spite of the unmistakable message of the 2008 election, the arrogance of the elites was undiminished. Financial scandals were uncovered exposing embezzlement in high places.

In the face of clear evidence, the leadership feigned ignorance and dragged its feet. Denials, excuses, justifications and rationalisations were trotted out, with a pliant mainstream media in tow.

When the public outcry became deafening (thanks to the internet) and (a big “and”) where the culpable were politically expendable, the government’s hand was forced.

But the reluctance to act was clear for all to see. The acceptance of wrongdoings and disregard for public opinion was an affront to the ordinary citizen.

When the price of bringing the perpetrators to task was too high, the silence at the top was deafening. Even when the so-called guardians of good governance were belittled and openly mocked, nothing was said. Silence was golden for the elites.

But it was not for the silent majority. To the moderately better informed and educated, anger at such larceny simmered.

This pent-up frustration was a singular galvanising force in the recent 2013 election.

The impulse to vote among the electorate was as palpable as it was unprecedented. The voter turnout of well over 80 per cent was proof of this. The groundswell was especially evident among the young, whatever their ethnic origin.

My son, who currently works and resides in Christchurch, registered online months earlier and attempted many times to check with the High Commission in Wellington about becoming a postal voter.

But to no avail. He did not get to vote – why, he still does not know. Was it some bureaucratic snafu? Perhaps.

My daughter, who studies in Penang, returned to KL to vote, as did many of her college mates, even though their exams were imminent.

Together with my wife, I joined a volunteer group mobilised in support of our candidate. We served as polling agents and attended several briefings on our duties.

Our group’s leaders showed exemplary commitment to the task at hand, sacrificing days and even week-ends to conduct these sessions. The enthusiasm was infectious.

The volunteers ranged in age from the late-teens to the past-70s. They went house-to-house to deliver pamphlets during scorching afternoons.

They were prepared to work double or even triple shifts at the polling centres if necessary, all for a cause that they believed in, with no material reward. Many spent out of their own pockets for petrol, stationery, food and drinks.

The outpouring of support was overwhelming, such that we even had volunteers who were kept as reserves.

Due to the expected traffic congestion at the polling centre on polling day, car-pooling was arranged. We drove separately to a designated location and were then ferried to the polling centre about a kilometre away. Our driver was in his late-teens, a college student volunteer, too young to vote. Such was the commitment.

When our two-hour session was done and we started to walk back to our cars, it began to rain heavily. Half-soaked, we took shelter in a warong and summoned for transport back to the rendezvous point. Meanwhile, we saw BN volunteers stroll in, sheltered by BN umbrellas each clutching a packet of biryani bukhara for lunch. We were driven back by a volunteer who was in his late-60s. Yes, we paid for our own lunch.

Victory from the jaws of defeat

Our candidate was pitted against a sitting minister who, by all accounts, was untainted by scandal. He was expected to be a shoo-in. His banners and other election paraphernalia blanketed the constituency, outdoing our candidate’s by at least 10 to one. He must have spent a small fortune. He apparently is from an affluent background.

Against the odds, our candidate prevailed, albeit narrowly. The victory was not without a few heart-stopping moments. There were reports of attempts to allegedly sneak in ballot boxes at the last moment when the final tally was clearly moving in our candidate’s favour. The attempts were rebuffed courageously by a human barricade. At least one attempt at apparent deceit had been foiled.

The rakyat had this time spoken more clearly and loudly than in 2008.

Despite retaining only three states, the signs are clear. Winning the popular vote by a significant majority of about four percentage points, securing emphatic wins in three states, losing very narrowly in some states, and making clear inroads in others, the message was unmistakable.

Putrajaya may not have been won this time, but this was a victory in a different guise. The people had spoken, in the best possible way, through the ballot box.

To characterise the election results in racial terms is plain wrong. It is a cheap shot.

Wiser voices have it spot-on when they say that the results reflected the rakyat’s disenchantment and frustration at the gross mismanagement of the public purse and the way corruption is condoned in the highest places. The rhetoric about clean governance and fostering racial unity was shown to be devoid of real meaning.

The 2013 election reflected the coming of age of our young. The future belongs to them and they wanted this to be heard loud and clear.

The puerile attempts to win support by demonising fellow Malaysians of different ethnic origins, the enticement with money, and using political grandees of yesterday well past their sell-by dates to impugn opponents gained no traction.

Perhaps most insidious were the attempts to instil the fear of hudud (to non-Malays) and Chinese dominance (to Malays), and most abominable of all, resurrecting the May 13 spectre by the screening of a movie on that theme to frighten a segment of the voters. This was shameful.

Political expediency and opportunism in decision-making was laid bare. The double-talk was plainly visible: in the initial branding of Hindraf as illegal, only to become bedfellows on the eve of election; and in failed attempts to join forces with Pas, only to later taint them as religious extremists.

The foot-dragging on the call for clean electoral rolls was viewed negatively. The demonising and crackdown of Bersih went over the top. Why resist change for the better if one has nothing to be hide or to be ashamed of, the people seemed to say.

Statistically sound readings show that the drift away from BN reflected not so much a racial dichotomy as an urban-rural divide. The voter base which carried BN to victory was predominantly rural, less affluent, older and less tech savvy. One commentator aptly depicted it as a sunset demographic. As the population gets more urbanised and affluent, as more young people enter the electoral rolls and internet penetration expands, this will become a shrinking base.

To be clear, there is a place for a reformed BN in the evolving political landscape. In a two-party system to which this country is clearly heading, a strong BN and a strong PR both have a role. Indeed, one needs to be the counter-weight for the other, to serve as a check on each other. This will be for the common good.

Lastly, I cannot help but see a curious coincidence in the figure of 47 per cent.

In the last US presidential election, Mitt Romney dismissed 47 per cent of Americans as moochers, and was soundly defeated. Curiously, BN received 47 per cent of the popular vote but was re-elected, thanks to shrewd electoral map drawing.

The big question is can BN evolve to even retain the 47 per cent the next time around? Without drastic change, the answer must be in some doubt. 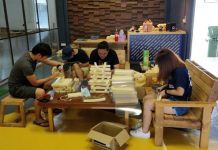 Warisan tripped up by low turnout

PBS, will you stand with the righteous or walk with ‘traitors’?