Ismail was of the old school where giving and humility were the expected norm, says Colin Nicholas in a tribute.

Not being refined enough to know what good fine art is, I never really thought much of the art of Ismail Hashim. That is, until I held one of his finely hand-tinted black-and-white prints in my hands.

I was at his house some time back and he explained to me how it was done: how the many very fine strokes of the brush needed to be applied stroke by stroke, layer by layer, until you turn an ordinary still-life photograph into a piece of truly fine art.

That particular piece of art was for his brother to whom he had wanted to give to as a gift. Yes, Ismail was a giver. He had lots of encouragement and support to give; and whenever he could, he provided opportunities as well.

Photography was what brought me in touch with him. Some years ago, while I was driving to Dengkil, a call came through the mobile phone.

“I am Ismail Hashim, from Aliran …” was how he started the call, thinking he needed to introduce himself.

A friend of his, Victor Chin, was asked to curate the Malaysian participation to an Asian Photography Festival in Dhaka, Bangladesh and he wanted to let me know that he had recommended me to Victor as a member of the photographers’ team. He had seen my pictures of the Orang Asli in the weekly small-time amateur photo ‘competition’ in the New Sunday Times and remembered some of the entries that allowed me to win 10 rolls of Kodak film for about five times.

That was Ismail. Always on the lookout to help give someone an opportunity or a nudge up a rung of the ladder.

After a couple of exhibitions where he was indirectly responsible for my participation, we became more like pals. Our mamak-stall get-togethers were however restricted to the times when he came down to KL, which were unfortunately infrequent.

I now see on the internet that a group of young artistes has begun a project (Phos Graphis: Ismail Hashim–A Film Biography) that features Ismail. The footage has already been shot and I look forward to seeing this “feature-length documentary that explores the sensibility, temperament and aesthetics of the acclaimed Malaysian photographer Ismail Hashim”.

I am so happy that someone has done this. Ismail certainly deserves to be remembered, and what better way than by using the medium that has more followers than his kind of photography did.

I envy that group of young filmmakers. They must have certainly had a marvellous time with Ismail when making the feature film. And I am sure they learned a LOT in the process. For Ismail was of the old school where giving and humility were the expected norm.

Colin Nicholas is coordinator of the Center for Orang Asli Concerns 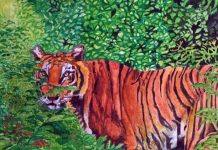 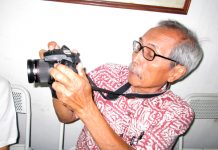