People turned up for Bersih 3.0 in swarms without the attraction of free T-shirts, food or transport, and that is People Power, says Tota.

Numbers are important in politics. When we get meglomanic leaders whose popularity depends not on their intelligence, competency or policies but on the size of the crowd they attract wherever they go, then they need strategists to get the numbers.

There are many ways to get the numbers. If you provide aircon bus transport, attractive dacing/1Malaysia T-shirts, food and drinks or even accommodation for out-of-town people and pocket money, people can be enticed to attend a rally where the great leader will spew his usual venom.

The other method is to employ the cut-and-paste technique which was successfully used by certain mainstream media to show the huge support enjoyed by our great leader. This involves cutting and pasting pictures of huge crowds, even the ones at opposition rallies, to make a collage and show it over the electronic or print media.

For the third strategy, they need the help of the traffic police. My friend was a victim of this strategy. In 1974 I had an appointment with him in KL. Unfortunately, it happened to be the day Abdul Razak was making his triumphal return after meeting Mao Tse Tung. The ever efficient police closed quite a number of roads and directed all cars and buses to Subang Airport. My friend spent a couple of hours welcoming the then PM.

Next day, both the government-controlled electronic and print media reported that thousands of people came from far and near in cars and buses to welcome the PM back from China!

Compare these methods of getting the numbers to that of Bersih 3.0. Ambiga made a call for a rally to fight for fair and clean elections. A hundred thousand right-thinking and committed citizens responded. Razor barbed wire and chemical-laced water from police cannon could not stop them. They provided their own transport, drinks and food.

It was People Power at work in KL and in 84 cities worldwide. They were driven by a spirit to keep the flame of democracy and the struggle for free and fair elections alive. Bravo to Makkal Sakti. 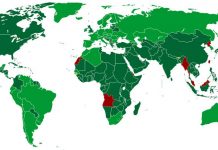 It was not a ‘thanksgiving’ anti-ICERD rally after all