A just peace must be based on an ideal understanding that national laws and policies are meant for all citizens regardless of racial differences without prejudice to the socio-economic position of the poor, says Linda Lumayag.

But how is the practice of peace demonstrated in multiracial Malaysia? In a system where social arrangements are often based on religion and race, there is bound to be some relative understanding of the meaning of peace.
What is peace? Is it safe to say that Malaysia is peaceful? In what sense is Malaysia peaceful? Is it because

Malaysians are capable of tolerating each other’s existence that there is peace in our society? Is it peace when people do not show overt resistance to social injustice? Is it peace when we ignore unequal access to the nation’s wealth and opportunities brought about by racial differences?

To some, there is peace when there is harmony. Malaysia is viewed by the outside world as a peaceful and harmonious society where everybody lives happily. They must have been taken in by commercial TV ads which describe this country as “Malaysia Truly Asia” or even “1Malaysia”, often conjuring an image of a united society.

Recently, I queried a group of young minds about their ideal of a human society. Answers were varied, ranging from absence of demonstrations and riots, to being able to go about their daily routine without problems. There were those that strongly insist that an ideal society is peaceful, harmonious and united. While this response was rather basic and fundamental, others have gone to the extent of giving justifications why Malaysia is such a peaceful, harmonious and united society, and therefore it is ideal.

There was another group of our youth who somehow gave me a “light-at- the-end-of- the-tunnel” kind of feeling. This other group says that an ideal society is a “society that practices democracy and freedom and where equality is expressed in that every citizen is treated justly regardless of race and religion”.

Support the struggle to build a Malaysia based on Justice, Freedom, Solidarity:
READ MORE:  What can we do to strengthen the pillars of democracy in Malaysia

When I read scripts like this it gives me a great flicker of hope – that in the midst of all that is happening in Malaysia when the compass has hardly changed its direction toward fairness and equality, you find young minds trying to break free from the traditional mould of meekness, timidity or indifference.

I am reminded of the biblical saying that goes, “for the harvest is great, but the workers are few”. For sure these young minds are the few workers who are attempting to reinterpret the real meaning of peace and the ideals of a united Malaysian society.

Indeed, peace sounds controversial. It is controversial because it affords us different levels of interpretation and meaning. The first group views peace as the absence of street demonstrations, protests and riots following the traditional notion of peace as espoused by the current government.

That meaning of peace has been subtly abused and corrupted as exemplified in the aftermath of the recent general elections when the national idea of peace has veered towards so-called stability and order. What has been highlighted in the mainstream media is that, we will lose sight of the peace that we so zealously guarded if a change of government in Malaysia happens.

It is just like saying when we embrace a change in the political leadership, we are courting instability, disunity etc. The catchphrase is that if there is a change in government, there will be no stability and peace.

In reality, a lot of people think this way, which is reminiscent of the effect of years of control of our freedom of thought and expression which subtly numbs people’s critical understanding about life and society.

In many ways, the meaning and interpretation of peace can be manipulated. Right after GE13, the dominant buzzword is to “dream forward” or “toward the future” or “move on”, as if nothing really bothers us. Practical opinion suggests that we should accept the circumstances surrounding the whole election exercise rather than question the electoral process. As if, for Malaysia to maintain peace and stability, the people need to move on, or, dream on, without responding to the clarion call to investigate alleged fraud, foreign voters, vote buying etc.

The meaning of peace is socially constructed, which means that its meaning and significance must be understood from the point of view of the speaker, writer, leader or political party. While the Umno government, for example, assumes that peace is akin to stability, harmony and consensus, there is also another dimension that looks at the kind of peace that has in its very foundation the ideals of justice and equality.

It is in this kind of peace that the new generation of youth recognise. It is heartwarming to know, for instance, how Malaysian youth are slowly rejecting institutionalised racism that deceptively creeps into education and the economy. These youths have seen with their own eyes those existential experiences of friends from other ethnic communities who are being sidelined in the awarding of scholarships and other opportunities.

They may have realised that young minds may never have had any contemplation of racial prejudices but somehow learned the art of prejudging and name-calling from the older generation in the community. As some of them mentioned, it is the adult who often told them “you cannot go out with this boy/girl because….”.

In a national-type school system, where almost all races converge and learn, young students have taught one another the value of acceptance regardless of ethnic difference. Again, it is the older generation who must have taught them to become prejudiced towards others. They feel for their friends whose ethnic affiliation can destroy their dreams of becoming an engineer, doctor or lawyer.

READ MORE:  Asean delegation must meet with all relevant parties in Myanmar

It is no wonder that the young minds of Malaysia have altered the notion of peace as defined by the powers that be. They have redefined and reinterpreted it to mean that all citizens must be accorded the same equal rights and freedom irrespective of race and religion. They sense that real peace begins with the abolition of many repressive laws that are anti rakyat and, hence, they desire to promote civil and political rights for all. They realise that real peace does not only mean the superficialities of patriotism such as being able to recite the Rukun Negara by heart or by waving flags at during Merdeka celebrations.

Of significance is the idea that peace is the absence of fear and suspicion. In the context of Malaysia, while the people have demonstrated their longing for a fair and free election, there is also that spark of hope that the different ethnic communities are attempting to eliminate – the culture of fear.

Fear as a psychological dimension of a human being always has a social basis. Basic to it is the everyday ritual of being unconsciously taught that the “others” in the community are here to take away our economic and political rights. The next point is our strong prejudices against one another which in turn forms a vicious cycle of negative racial profiling.

But the idea of a just peace must be based on an ideal understanding that national laws and policies are meant for all citizens regardless of racial differences without prejudice to the socio-economic position of the poor and marginalised communities across ethnic communities.

A just peace does not mean an absence of dissension and disagreement. The promotion of public and intellectual or mental expression of dissension is essential especially in a multiracial environment, thereby enriching the already diverse cultures and traditions that Malaysia already has. 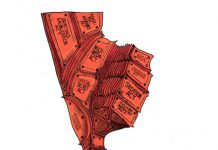 Asean delegation must meet with all relevant parties in Myanmar