Where religion should help us find peace and spirituality, and be our moral compass, it is now a tool of spite and hegemony, laments Sheila Santharamohana.

What is a parent’s greatest fear? As a mother and one-time single parent, I can only speak for myself but surely the loss of a child is the foremost nightmare of any parent.

How could I forgive myself if I lost him forever to kidnappers or if he went missing or was sexually assaulted or harmed through my neglect or selfishness? What if I thwarted his emotional well-being and confidence by my harsh words, actions or inattention?

Now that my son is in his teens, I have new fears – that he will not be happy because I might have denied him the chance to be himself or the ability to make sound and ethical choices. Not being particularly wise or religious myself, I hope I am imparting the ethics, values and wisdom so he can grow independently in thought and action.

But there are more ways to lose a child than a parent can foresee. When my first marriage became an indifferent one and we both parted ways, I knew that this was dangerous terrain especially as it involved an unreliable ex-spouse and the only grandchild of both families.

I had custody and legal guardianship but every time my non-Muslim ex-husband claimed his visitation rights, the thought was never far that he might do the unconscionable and convert to Islam to gain custody. Too clearly, I knew there would be nothing I could do, as the state would not be on my side. So when news arrived that he had married a non-Muslim, no one was happier than I.

Divorced mothers and fathers would have a good reason to feel the way I did. I had read about R Subashini’s case of 2006 where her husband, a convert during their marriage, applied to divorce her and gain custody of the child according to Syariah law. She failed to overturn her husband’s divorce application and the conversion of her four-year-old.

I had also read about Shamala Sathiyaseelan who, in 2004, was told by the court to raise her children in accordance to Islamic practices even after it was held that the conversion, occurring while the couple was married under civil law, should have had the consent of both parents (Bar Council: ‘Unilateral conversions of minors are unconstitutional’, 19 June 2013).

Unsurprisingly, Subashini has given up life in Malaysia just so that she can keep her children with her and raise them in a more equitable country. Now, S Deepa faces the same quandary.

I had also read about children who were sent to government orphanages and converted without their consent. Then there are children who were converted by one parent who as adults have been denied their rights to renounce the religion foisted upon them.

What is the fate of these unfortunate individuals whose lives have been hijacked by their own parents and the state? Do they get sent to ‘rehabilitation centres’ to resign themselves to their fate?

The new bill, the Administration of Islamic Law (FT) 2013, was withdrawn yesterday from being tabled in Parliament. It was every parent’s nightmare (‘Revoke controversial clause of Islamic bill’, Free Malaysia Today, 3 July 2013). It would have taken from us the right to make any decisions for our most precious, our children.

Sneakily passed by the cabinet, it hovered threateningly, championed by demagogues and ambitious politicians eager to score points. Now the DPM says it is to be deferred until all stakeholders have had a say before it is tabled again.

I do not know about you, but I have little faith in the words of politicians. Our DPM states that, “[t]he government believes Islam is a just religion for all humans and the status of the religion of the children should be resolved in a just manner, based on the justice principles of Islam” (Malaysiakini. 6 July 2013).

There are so many problems with that statement: from the fact that the government, a non-religious institution, should not make decisions on the lives of citizens or undermine the constitution, to the notion that conversions of non-Muslims will be resolved according to the principles of Islam.

Surely, the whole contention here is whether S Deepa’s children are actually Muslims. I wonder who gets to be the arbiter of a ‘just’ outcome – the civil or the syariah court?

A statement that the bill is to be deferred is cold comfort. In fact, every parent should feel vulnerable with the DPM’s statement on the withdrawal of the bill’s ‘controversial amendments’.

After the spate of child marriages and acquitted rapists, there is little evidence that the law and state will ensure the welfare and safety of our children. Like the other mothers, Subashini and Shamala, S. Deepa will probably be dragged to court for years; the lives or her children and her own to be intruded upon time and again by various authorities.

Syariah law gives the father guardianship status over the mother regardless if he is a fit parent. In S Deepa’s case, her husband, an ex-convict, makes a comeback having deserted the mother and neglected his children for nine years. Now, having just finished his jail term, he convincingly lies to the authorities on his wife’s ‘debauchery’ after kidnapping his children from their kindergarten.

As for Ustaz Zul of the Pusat Dakwah Islamiah Paroi, the ‘learned’ man never once questioned the legality of his own actions or that of the father or attempted to ascertain the truth. He, in his infinite ‘wisdom’ decided that the children’s welfare would be best served by being with their felonious father instead of the mother who had clothed, housed and fed them for eight years. Who bestowed upon Ustaz Zul the authority to make such decisions?

The current doublespeak on this bill is an insult. Where religion should help us find peace and spirituality, and be our moral compass, it is now a tool of spite and hegemony. Surely, this just underscores how religion is constantly corrupted by the hypocrisy of those who purportedly hold it closest to heart. 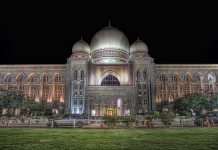 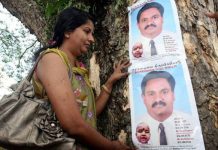 Is reuniting a mother with her child too much to ask for?

“If I were a dictator, religion and state would be separate. I swear by my religion. I will die for it. But it is my personal affair. The state has nothing to do with it. The state would look after your secular welfare, health, communications, foreign relations, currency and so on, but not your or my religion. That is everybody’s personal concern!” MAHATMA GANDHI

A well written piece Sheila. In a multiracial nation with different races and religions embraced by the people the only way to safeguard the religion of divorced parents children is to ensure that the state and religion are kept separate so that the politicians and religious authorities do not exploit the situation with the assistance of the current Government. There is too much of interference by them through their unreasonable exploitation of religion. If both parents have gone through a civil marriage it is civil law that takes precedence and not the Syariah law. We have judges who do not uphold the Federal constitution but in matters of the Islamic faith they apparently assume the role of the Syariah Judge. Such judges are betraying the office they hold. How can balance of powers in the civil judiciary be radically changed?

Towards a united, just society

When religion becomes the law of the land, you know nothing good will result.