Teo Chuen Tick compares the US commission of inquiry into the Challenger disaster with our own commissions of inquiry, especially the probe into Teoh Beng Hock’s sudden death.

I know there is really no basis for a comparison of our country’s recent inquiries into deaths in custody with the US presidential commission set up to determine the cause of the Challenger disaster.

But having just watched the programme ‘The Challenger Disaster’ over the Discovery Science channel, detailing joint Nobel laureate in physics Richard Feynman’s part in the investigation, I wish to make some observations.

It was inspiring to see those working doggedly to try and reveal the truth behind the disaster despite the less-than-enthusiastic response of some of the other appointed members of the presidential commission.

Feynman’s role on the Rogers Commission in exposing the O-ring flaw in Nasa’s solid-rocket boosters (SRBs) in the disaster – despite the contractor’s sworn testimony to the contrary to the commission – is a real tribute to this man’s integrity to the spirit of science he had taught in his classes.

The late Teoh Beng Hock’s murder features prominently in my reflections. For a suspected corruption case involving less than RM3,000, a young man’s life was lost in the course of his questioning or shortly after – mind you, only as a witness!

There was no individual like Feynman in our own inquiries who wanted to ensure the families of those who died knew the real reason for their deaths. Neither was there anyone to try and ensure that further deaths could be avoided!

No, it was not that there was no veil of government secrecy and attempts to deny the truth from surfacing in the Challenger Disaster Commission. But Feynman was determined that the truth should be revealed, and he was assisted by those with the knowledge and the willingness to share that knowledge, albeit very discretely to get away from running foul of that country’s secrecy laws!!

But herein lies the inspiring story of Feynman portrayed in that docu-drama. Feynman was not content to accept the bureaucrats’ words and their beautifully bound operating manuals. He went to ground zero; he asked the engineers involved personally.

That was how, as depicted in that documentary, he was given the hint by an anonymous worker as to what lay behind the crash. He was already battling with two rare forms of cancer at that point, but even as he lay on his hospital bed undergoing chemotherapy, he was dictating his ‘Appendix F – Personal Observations on Reliability of Shuttle’ to be attached to the report of the Presidential Commission on the Space Shuttle Challenger Accident for his wife to type.

No, I have not meant this piece to hero worship the late Prof Feynman, but I can’t help but ponder on the sad commentary of that Toeh Beng Hock commission and the report that came out of it.

Yes, of course, there was no one of the genre of Feynman on the panels of any of the local commissions of inquiry. The bureaucrats in that TBH panel and others appeared to be just there to go through the motions of holding an inquiry. They did not seem to be interested to know the truth behind TBH’s death, nor were they bothered that they had to ensure no other witness would suffer a similar fate at the hands of an agency like the ACA [now MACC].

They were there to make up the numbers, to ‘cari makan’ – they did not appear to want to rock the boat! And, so the truth behind TBH’s death remains hidden. Some of those officers implicated even got a promotion – talk about the irony of the situation.

Teoh Beng Hock’s wife and other family members will still have to mourn his tragic death, knowing that those responsible may be still at large.

In the larger context, deaths in custody remains an issue with our country security apparatus.

Note that after that presidential commission, there were no other disasters involving space shuttles and that shuttle programme has now been decommissioned.

Teo Chuen Tick, who retired as a teacher trainer after 34 years in service, is interested in political developments in Malaysia. A long-time Aliran reader, he recently became an Aliran member as part of his ‘retirement project’ to give something back to society. 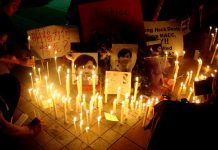 UN should set up truth commission on Covid-19