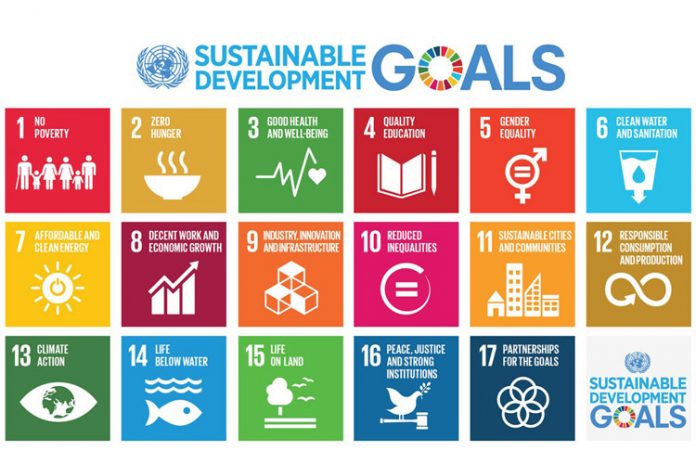 It is OK to begin small, but let’s work together to build a global movement towards sustainable development now, says Wan Atikah Wan Yusoff.

While you are enjoying a break sitting leisurely on the couch scrolling through your latest droid, enjoying cool air from the air-conditioner, it is important to be aware of the blazing sun and sweltering weather outside.

The ozone layer is thinning, polar ice caps are melting, temperatures are rising, tree after tree is being cut down, the air around us has become increasingly polluted, subjecting us to old and new kinds of infections. These are just a few of the ugly truths of what is happening around the world now.

Bloomberg Business (15 June 2015) reported that atmospheric carbon dioxide level is 40 per cent higher that it was 40 years ago, largely due to excessive greenhouse gases. Due to combination of human and natural factors, the earth’s temperature has warmed by some 1.4°F over the past 40 years.

Records also show that the sea level has increased by 3.1mm every year since 1993. Conversely, snow surfaces and mountain glacier areas have declined in size on average, in both the North and South Poles. These are just some of the consequences of the mismanagement of resources and technology. What comes next could be worse because we do not quite know what is happening on the underside of icebergs.

It is time for us to act and put a stop to the degradation of Mother Earth.

The 2030 Agenda for Sustainable Development was launched and issued as the next agenda for the 193 member countries at this year’s UN’s General Assembly. At this year’s annual general debate,global warming, drastic climate change and pollution were among the issues highlighted for debate and action.

It is not OK anymore to shut one eye to what is happening to this land we all call home, Earth. This year, the United Nations introduced the Global Goal that consists of 17 major goals (*see footnote) and 169 sub-goals in order to end poverty, fight inequality and fix climate change by 2030.

Prime Minister Najib Razak was also present at the launch of this UN Sustainable Development Summit 2015. In his speech on 27 September 2015 in the UN, he stated that Malaysia is ready to commit itself to The 2030 Agenda, The Global Goals.

I hope that the government and the prime minister will seriously endeavour to realise some if not all of these goals. I hope it will not be another series of cakap tak serupa bikin by the Malaysian government.

Reflections on the Millennium Development Goals

The world has made significant progress towards these goals. Still, there are disparities and uneven achievement among countries and within a country (The Millennium Development Goals Report 2015).

According to the Malaysian Human Development Report 2013, extreme poverty has been hugely reduced over the years, but relative poverty seems to be the rising concern now. The gap between the top class and the bottom class is getting wider due to wage inequality and skewed wealth distribution.

Malaysia almost achieved the universal primary education goal with 97 per cent net enrolment in 2014.  Gender equity seems to be OK if we look at the primary school enrolment ratio between boys and girls, but it wasn’t translated that well in a different context, like the women’s representation in parliament.

From 1990 to 2013, Malaysia reduced child mortality by two-thirds and reduced maternal mortality by three quarters. The number of new diseases (tuberculosis particularly) has increased; however the mortality rate remains low in percentage terms.

What we can do

There are many things that the Malaysian government and ordinary Malaysians like you and me can do, in line with these Global Goals.

Now is the time for us to resort to the use of more sustainable sources of energy and appropriate technology that does no further contribute towards imperilling Mother Earth.

Now is the time to really go global and create a flat world where everyone has equal access to their basic rights.

Now is the time to reclaim the Earth (and our air particularly) and prevent it from being polluted and destroyed further as a result of toxic industrial emissions. This Earth of ours is already in dire straits anyway, because of us. But we can also begin to turn the situation around, if most people work this out together.

It is important to inform and educate everyone about this goal to create consciousness about the need to secure our Mother Earth. This is the land that we live on together, side by side with equal rights for all. Hence, it is everyone’s responsibility to take care of this planet.

Everyone can contribute towards securing Mother Earth by doing even the simplest things such as conserving water, using a sustainable drink container instead of disposable plastic water bottles, planting a tree, growing your own food – or at least sharing this message widely!

Growing your own little cactus can be the least good thing we can do to help emit more oxygen instead of just consuming it.

The 17 global goals are as follows: