We must choose unity and recognise ourselves as Malaysians treated equally without any prejudice, favouritism or discrimination, says Adrian Lee.

Malaysians are so accustomed to being defined by ethnic identities. This ethnic demarcation has become our way of life and is continually perpetuated by cultural and political systems.

Said to be a multicultural nation tolerant of differences and characteristics of other ethnic groups, Malaysia boasts about celebrating the best of multiculturalism through cuisine, clothing, languages and festivals.

Despite having just four ethnic groups, Malaysia claims to be truly Asia. Well, it is four according to the official ethnic demographics: Malays, Chinese, Indians and Lain-Lain.

But then again, the politically correct term is “four largest ethnic communities in Malaysia”. How convenient for us to forget about those who make up the Lain-Lain.

Individuals from other ethnic communities such as the Bidayuhs, Kadazans, Muruts, Bajaus, and Ibans and lest we forget, the Orang Asli, who belong under the Lain-Lain category.

Such forms of ethnic categorisation also cause Malaysians to be obsessed with skin colour and colours in general. Even red and yellow are now given ethnic associations.

Ethnic categorisation has made it common to emphasise one’s ethnicity when describing certain individuals. “It was that Chinese woman wearing the short skirt…”

It is also common to faultily classify an individual as belonging to certain ethnic-based political parties. “You’re Chinese. Surely you’re an MCA member.”

It is also common to affiliate certain behaviours with individuals simply based on ethnicity. “You’re Chinese? How can your mathematics be so second-class?”

It is also compulsory to declare your ethnicity when filling up application forms. “Please tick whether you are Malay, Chinese, Indian or fill in Lain-Lain.”

It is also common to mistake an individual’s ethnicity based on skin colour. “I thought you’re Chinese. Didn’t know you’re Malay,” or “How come your child’s in a Chinese school when you’re not Chinese?”

Identifying, classifying and affiliating people – stereotyping on the basis of ethnictity – reflects prejudice and discrimination. Whether deliberately or unconsciously done, it is distressing that such acts are deeply rooted in our politics, economy and daily lives.

Ethnic identification, classification and affiliation, however, are not limited nor unique to Malaysia. It is prevalent the world over and historically, has led to xenophobia, genocide, civil war and rioting.

In some countries, labelling, discriminating and categorising based on ethnicity, colour, nationality, race and religious backgrounds is considered to be racism.

These countries, identified as ‘advanced’, have made racist harassment, labelling and discrimination and institutionalised racism illegal.

Malaysia, which is projected to achieve ‘advanced’ nation status, has not yet passed a law prohibiting racism. In fact, open discussions about race and ethnicity are considered taboo, sensitive and detrimental to national security.

It is thus thought to be safer to bottle up such sentiments and feelings or to sweep them under the rug – for no one would really want to be the catalyst for another outbreak of racial unrest.

But recent episodes of racial slurs and derogatory terms openly spewed and the tirade of threats and intimidations being unleashed underline the precarious situation of race and ethnic relations in Malaysia today.

But some argue that all issues of ethnic inequality would be automatically resolved if all Malaysians recognise themselves as Bangsa Malaysia. Does using a noun describing one’s nationality rather than national culture resolve issues of disunity? And does the concept of Bangsa Malaysia truly stress equality for all Malaysians?

That child – and children in general – should instead be safeguarded by anti-racism laws and taught to reject racism and racist propaganda. Surely, no child is born a racist for racism isn’t hereditary but is cultivated and socialised by adults who deem their ethnic group as superior or supposedly under threat.

Perhaps eradicating racism isn’t really that simple for as long as the labelling is tied to some political and economic advantages or disadvantages in Malaysia.

Racism is an evil practically impossible to eradicate but it can be controlled and limited. Continual calls for national unity through PSAs and commercials highlighting such as “What makes us Malaysian?” while laudable remain rhetorical and superficial.

For unity is not about having tolerance of other ethnic communities. It is about accepting, embracing and respecting differences that make us unique for there really is no need to demarcate based on ethnicity.

It was therefore heartening to hear Najib Razak’s call for unity at the general debate of the 70th session of the UN General Assembly in New York recently. To paraphrase, Malaysia upholds Islam and democracy, marginalises extremism in a “multi-ethnic society where different faiths coexist and prosper…

Hence, we say “no thanks” to racist and extremist activities. We, as Malaysians should all just be Sama-Sama saja-lah and no longer Lain-Lain. 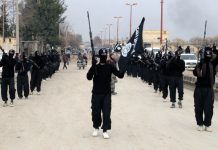