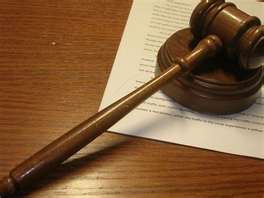 There is no better test of excellence of any government than the independence and the efficiency of its judicial system.

But however just and sound the laws may be, unless they are applied by an upright, honest and impartial authority, they cannot secure justice.

We talk about rules of law, fairness and justice and equality, but in the perception of many, some may be seen to be more equal than others, and justice is a privilege of a few. Can we blame anyone for habouring such perception?

What all the hypocrisy comes down to is the pretense of a fair trial. If you give the accused what appears to be a fair trial, justice appears to have been been served – even though he may not have done what he is accused of – and he may then be convicted and sentenced. That’s what we call due process.

It apparently serves the purpose well, but it doesn’t necessarily do much for factual accuracy. If after the conviction of the defendant you should discover an error of fact – well, you can tell him that he has won a new trial or, if he is lucky, a discharge or an acquittal.

In a fair trial, the judge questions all the parties because she doesn’t know the facts and wants to find out the truth.

If a judge has already made up her mind up before having heard the case fairly or prejudged the case for any reason even before the trial begins – is this how justice in court should work?

What is the point of this charade? A trial means deciding based on the facts in order to determine the guilt or innocence of an accused. If the outcome of the trial is already known, it seems foolish to conduct a trial.

Whatever it is, it is not justice. It is a kind of game we either know or don’t know why it’s being played.