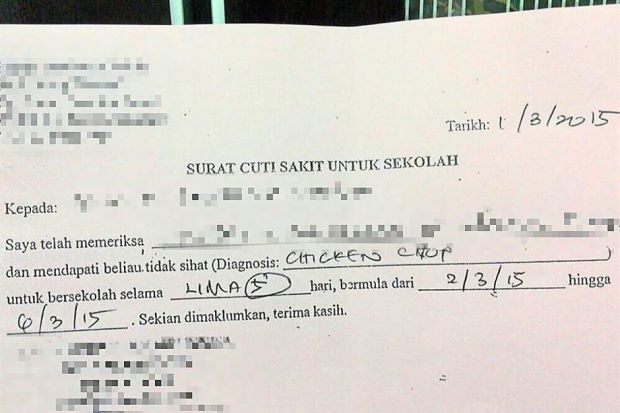 What is truly needed is a complete overhaul in the teaching and learning of English from the elementary level onwards, says Adrian Lee.

A store sign read: “Free Baby Shooting Gallery.” Don’t panic. There isn’t a place where babies are shot for free. Actually advertising a free photo shoot for babies, this sign bears testament to the appalling English of many Malaysians.

English, and how it isn’t decently spoken and written, continues making headlines.

Inexplicably, despite the intense criticism directed at English proficiency levels and the education system, headlines proclaim every year that the number of straight As for UPSR/PMR/SPM/STPM has been rising.

How then can the education system be faulted when academic standards supposedly rise every year? Wouldn’t this mean that students today are smarter and superior in English? And wouldn’t the English of university students too be improved?

These numbers, however, do not reflect the standard of English in Malaysia. More distressingly, grammatical errors are often spotted in examination papers and official government websites.

The symptoms of the sad state of English are visible in media reports about graduates being incapable of conversing beyond “Hello my name is…”, medical students quitting because of their English incompetency, or press conferences beginning in broken English and conducted in bad taste.

Debates then continue about the importance of teaching English in schools. No, not about teaching Maths and Science in English but on how English needs to be properly taught.

Testimonies and first-hand accounts have exposed how English lessons are conducted in other languages or that some English teachers have no clue what vocabulary, jargon or even abbreviations are.

But before pointing fingers at English teachers, parents themselves must realise they play a pivotal role in encouraging English to be spoken at home. No point passing the buck to tuition centres or English teachers – for many of them mostly teach students how to pass or “ace” their English exams through memorising.

Unfortunately, in many places, English lessons are not about conversing in English but about regurgitating words, phrases, sentences and essays without properly understanding the context in which the language is used.

Even university lecturers are slammed for the poor English of graduates and are themselves criticised for not speaking proper English. But while lecturers don’t play the role of English teachers and many universities still do not conduct their lessons in English, the university isn’t a language centre.

Imagine the woes faced by lecturers and students when the need to translate English terminologies, jargon and lexicons arises. How awkward it must feel when translating the word joystick into other languages or when the verb toast is translated into roti bakar? Such examples would be stamped with a “Fail” in today’s use.

As the university is where one learns about being independent, the initiative to improve one’s English becomes the student’s own responsibility. Homework needs to be initiated by translating what certain terminologies are into English to expand one’s vocabulary.

It therefore boils down to helping oneself resolve this issue. There is no point waiting for more reports, committees, or policies about how to improve the English proficiency of Malaysians.

The indecisiveness and flip-flopping about the importance of English by those in power has already wasted more than enough time as the standard of English continues to deteriorate.

It is our children’s futures at stake here. Employers cannot be blamed for refusing to employ graduates with poor English when the language is required in everyday transactions.

While many are capable of communicating in basic English, they lack a proper grammatical foundation. Stringing together a sentence in English becomes a struggle even for university graduates.

Perhaps many still don’t see their poor grasp of English as a problem so long as they pass their exams. After all, why speak English when it is easier remaining in a circle conversing in a language that one is comfortable with. Don’t a quarter of the world’s population speak Mandarin? Isn’t China the upcoming superpower of the world? So who really needs English?

Such excuses do not help resolve the issue of lack of English proficiency.

So the debate over whether English should be prioritised in school curriculums continues. But enough of conducting studies, schemes or policies to tell us what we already know.

No need to spend millions on hiring foreign consultants or teachers or buying linguistic tools that would eventually be kept in cold storage.

What is truly needed is a complete overhaul in the teaching and learning of English from the elementary level onwards.

What is needed is an education system that instils a sense of confidence in speaking the language among teachers and students.

For good practice makes perfect; the best way to properly learn English is to constantly speak it, learn from mistakes, and have the courage to speak the language.

Get back to basics. Understand the foundations of grammar. Have confidence in speaking. Read books and newspapers written in English. Listen to radio announcers and watch films and television programmes that use proper English.

Speak the language. Do learn and master English alongside other languages already mastered over the years. Conversing in proper English will allow you to hold your head up high.

Don’t be fooled by the linguists, nationalists, and pessimists who insist that conversing in English or speaking up about the importance of English is seen as belittling the national language, arrogant or unpatriotic. It wouldn’t be surprising if the children of such individuals are sent to study overseas or at international schools where English is the lingua franca.

It is the interests of students, and not any politician, that must be prioritised. The importance of English should not be politicised. Bad English is a national problem that cuts across race, status, class and location.

No, English should not replace Bahasa Malaysia as the national language but it needs to be grasped as proficiently as possible.

Should anyone remain delusional about our English being better than Singapore’s and ranking ourselves as the best in Asia, imagine how agonising it would feel when a doctor diagnoses you with “chicken chop” (see photo above) or the pain one would experience when choking on “scissors salad” while wearing a “tight Malay civets berbutang three”. But at least you’re not wearing any “poke the eye” clothing that could cause an #earthquack.

Oh Google Translate, you truly are a blessing and a curse.

Disclaimer: No babies were harmed in the writing of this article.