Emphasis should be placed on decelerating the unprecedented pace of global tourism, especially in popular hotspots, says Benedict Lopez.

Many are familiar with the term sustainable development, which simply means taking account of the ecology without decreasing Mother Earth’s natural resources, particularly its rich biodiversity.

Pollution of the environment, contaminated water supply, degradation of the soil required for crop cultivation, destruction of ecosystems and the extinction of wildlife degrade the ecology, and this is something that should concern all of us.

Of late, climate change has featured prominently as another global threat to humanity. Challenges to sustainable development are now addressed internationally through the United Nation and its agencies. But seldom mentioned within this context is sustainable tourism.

Some of the world’s famous tourism hotspots have been labelled as victims of overtourism – an expression used to denote the multitude of tourists visiting these places. I have visited places such as Venice, Amsterdam and Reykjavík and seen for myself how too many people visit these cities, especially during the summer.

Disgruntled locals in many cities have shown their exasperation to tourists by even putting up signs that tourists are no longer welcome. Affordable airfares and cheaper accommodation through online booking have contributed to surges in tourist arrivals in many favourite cities around the world.

Iceland, previously outside the ambit of mainstream Europe, has in recent years experienced an unusually high number of tourist arrivals. Some two million tourists now descend on the country every year. That’s more than six times the country’s population.

As a frequent visitor to the country, I understand the magnetic pull of its attractions: the Blue Lagoon, glaciers, geysers, whale-watching, horse farms and scenic countryside. No wonder overtourism in Iceland has reached unprecedented levels and is now taking its toll on this island nation.

The seamy side of overtourism in Iceland is now intolerable for many locals, especially those who cannot cash in on the tourist influx to earn extra money. Many locals are irked by the disruption to their daily lives and the soaring cost of living. In downtown Reykjavík, real estate prices have skyrocketed and students there can barely afford to stay in the city.

As a measure to curb tourist arrivals, the Icelandic government has launched a Tourist Site Protection Fund. This fund finances the development, maintenance and protection of tourist attractions in Iceland, which are owned or managed by municipalities or privately owned and managed. Reykjavík, known as the “Bay of Smokes” in the Icelandic language, has prohibited the construction of new hotels.

Some European cities have embarked on measures to sustain the inflow of tourists at manageable levels following complaints by local residents and conservationists.

Barcelona, a noted port for cruise ships, has cracked down on unlicensed apartments for short-term holiday rentals and frozen any addition to hotel beds.

Likewise, Dubrovnik, Croatia which Irish playwright George Bernard Shaw described as “Paradise on Earth”, intends to limit the number of ships that can dock at its port. Many years ago, when I visited Dubrovnik in the summer, I was astounded to so many tourists had converged on the city, straining the capacity of available amenities.

Well-known Asian tourist sites too are saddled with the problem of overtourism. The tourism boom grew unrestrained in places such as Boracay in the Philippines and Ko Tachai in Thailand that the respective governments closed entire areas to allow for their recovery.

The immense pull of Angkor Wat and temples around Siem Reap is so strong that the entry fee is now US$37, compared with just US$20 a few years ago. But not all tourists yearning to visit this historical city are from rich countries: many come from less affluent nations in South East Asia.

Tourism in Malaysia can also move forward in harmony with the country’s green economy initiatives, while promoting a thriving economy and creating jobs.

Emphasis should be placed on decelerating the unprecedented pace of global tourism, especially in popular hotspots. Places not on the global tourism radar screen should be highlighted to spread out the deluge of visitors more equitably and sustainably.

Tourists should also explore many hidden gems in different parts of the world. Encouraging tourists to visit during off-peaks seasons can also contribute towards a more sustainable form of tourism.

Personally, I have always been intrigued by less well-known tourist destinations such as Kiruna and Sigtuna in Sweden, Bergen in Norway, Vilnius in Lithuania, Mostar in Bosnia & Herzegovina and Kotor in Montenegro.

I have not been disappointed by my visits to these places. With the abundance of information available online, it is easy to do your own research on the countless idyllic tourist destinations throughout the world. 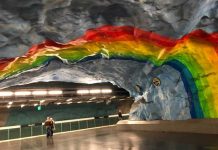 Unlimited-travel pass should be for all

A city without a soul?

What keeps tourists and investors away

Have we reached the stage where we are in danger of being overwhelmed by uncontrollable hordes of foreign tourists?
One main grouse of tour promotion experts is that, apart from the equatorial forests, there are very few tourist sites of a breath-taking nature to atrract tourists in enormous numbers. And yet we need them especially for their tourist dollars and the multiplier effects their cash outflows would exert on the economy. Perhaps what we need is a Tourist Master Plan over the short term, mid term and long term. Could our universities essay an attempt at this?