Are cinemas really the cause of corrupt mindsets and criminal acts in the country, wonders JD Lovrenicear.

The ban on cinemas in Kelantan, introduced three decades ago, remains.

This speaks volumes of a theocratic political party that is charting a narrow pathway into the future.

In this information highway era, how on earth does the Kelantan government justify its stance? The global film industry hovers well beyond US$30bn annually, with India, China and the US leading the growth.

But in Kelantan, cinemas are banned because they want to make people more virtuous. Do you think that cinemas are the cause of corrupt mindsets and criminal acts in the country?

In this age of connectivity, what next? Banning smartphones? Or perhaps removing YouTube from Malaysia? Or how about crippling access to movie downloads on computers or smartphones?

And did we hear that Umno is ‘married’ to Pas? Will Umno now stand by Pas and push for the banning of cinemas in the states it governs in a show of fidelity to its partner?

The people of Kelantan must speak up – unless of course, they eventually decide that no Kelantanese should travel beyond their state borders for fear of losing their values.

Much ado about Finas licensing 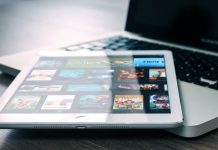 Yeah, Kelantan should support the global film industry. Yeah, Kelantanese should have the same values as the enlightened Lovrenciear. Yeah, the people of Kelantan must speak up like they never have done so. And Aliran can continue with simpleton articles.