How tragic that the promise of greatness once held out has turned out this way, writes Dominic Damian.

The ex-prime minister’s consistent denials of the massive plundering that has taken place is creating something of a reality show on the Malaysian political system.

It has spawned a creature that believes his own statements as the indisputable truth. But there is no immunity for the ex-prime minister’s incompetence or transgressions that border on idiocy or idolatrous greed. No wonder he faces isolation.

His statements have been of such poor quality – reminiscent of something you would hear from a Three Stooges slapstick comedy. Every unbelievable statement he makes has a gestation period of growth. Eventually, it will be forced out to reveal a complex web.

More and more, people are becoming aware of the relationship between the ex-prime minister, his wife and their cohorts. Citizens of the nation are getting to know every little detail of the contents of this web. Perhaps more will be learned when a certain Tommy Thomas uses his legal scalpel to expose even more.

The ex-prime minister’s heart, mind and soul have been consumed and compromised. He is crawling on the thinnest sheet of glass; the smallest pebble of righteousness could shatter the glass.

How tragic that the promise of greatness he once held out has turned out this way amidst the ruins of shame and greed. 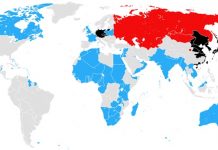 Its been years the truth was submerged in the name of justice.Today true opinions are being openly shared.This broadens the way we think today.One may think why bother,but truely its very ,very important.Happy to know and see things are going to change for the betterment of the people.It’s a good good feeling.
Thank you.