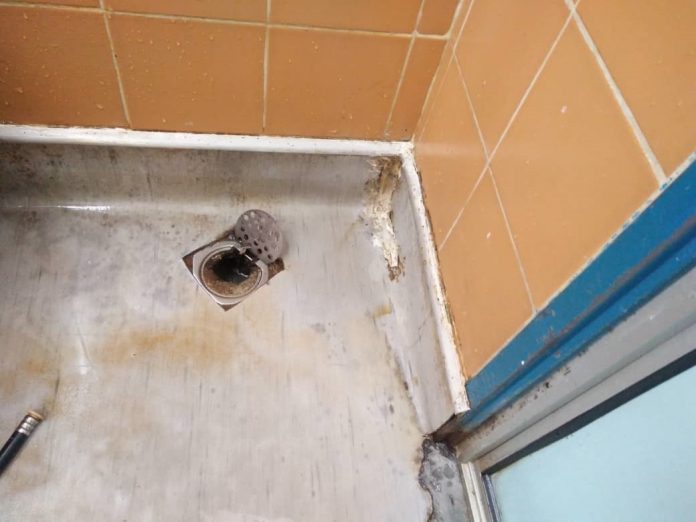 And this is just one ward, Ward 23 – who knows what’s happening in the other wards, wonders Selvie, after an eye-opening visit to the hospital.

Recently, I made a visit to the emergency unit of the Kuala Lumpur Hospital to see a friend who had a mild attack of breathing difficulties. That is the wild guess of a lay person who rushes to hospital for an emergency.

I was shocked to see how registration staff attended to patients at the emergency counter. They seemed unable to categorise who should be attended to first eg a person with breathing difficulties or a person with swollen legs.

The doctors in the emergency section also seemed to prioritise patients on a first-come-first-serve basis while a breathless person waits for his turn to come – that is, if he is still lucky enough to be alive by then or has to wait till he becomes critical before he is attended to.

In one of the hospital wards, another scenario was taking place.

Brand new curtains were changed just before the government was changed. Looks as if the suppliers will be rich for another five years till the next election!

After eight hours of sleep, patients are not given energetic food: rather it is cold mixed porridge or two slices of untoasted bread (not sure how fresh) given with cold black coffee daily.

For lunch, it is a small piece of ikan kembong, with soup or light gravy, or one chicken wing in coconut santan with thick oil floating on the gravy. You have to eat all this without complaint just because you paid only RM1.

The food caterer or supplier can’t think of a better recipe with the same chicken, cabbage, carrot of fish – because that’s beyond their ability. They seem to be steaming most stuff, perhaps because that makes life easy for them?

You are sick; just eat what you paid for. The government is kind enough to feed you. This is the echo you hear from hospital management.

Is the hospital management allowing their suppliers and food caterers to make a profit? They conveniently forget these patients are still paying their taxes (or have paid their taxes while in service) to fund the public healthcare system.

The toilet and shower are horrible. The cleaner apparently just splashes water daily once every morning and evening – and she calls it cleaning. I doubt whether once in many weeks she would have brushed or scrubbed the floor or the walls of the toilet. No brush to be seen; only a hose and a mop in the toilet during five-day visit.

Patients and visitors also need to be educated not to draw designs on the toilet and shower walls with their body waste. If you lose your balance in the toilet, you will touch the disgusting dirt on the walls.

Out of five shower rooms, only two were provided with slightly warm water. The tub is disgusting; it doesn’t look as if it has been scrubbed.

A plastic pail is provided to collect water, and it is so filthy. Mould and fungus were visible on the wooden frames of the toilet and shower. But patients are not supposed to complain because they paid only RM1.

I didn’t see any latches in the toilets or shower rooms. I wonder how many screaming sessions took place if the door is pushed open without any warning. Neither were there proper clothes hangers fixed in the showers or toilets. Patients have to hold their clothes in one hand to shower.

The clothes provided to patients appeared to have stains even after going through laundry. Laundry contractors are happily minting money?

One could also sometimes be forgiven for getting the impression that general hospitals are not for treatment but to provide patients for the practical training of medical students and fresh doctors.

The Ministry of Health did not plan it well by putting ceiling fans in between two beds. There is no ceiling fan for the bed near the window. The hospital management provided a good stand fan, but the game is they didn’t seem to have provided a working power point. Patients have to sweat the whole night.

After a sleepless night the woman in the next bed told my friend that construction work was going on the whole day and she couldn’t sleep. I told her there was no construction going on nearby; just look up on the wall above the windows. The noise was from an exhaust fan! She had a shock. Listen to this racket:

One doctor didn’t bother to inform the staff nurses to put a note that a patient with high diabetes should be fasting. Three meals were blindly served to a patient whose sugar level was 36 and above. The patient in the next bed was so concerned and informed the staff serving the food about what the doctor had said about fasting.

The ‘best’ thing is they just clear the patients’ food trays from their tables within 20 minutes. And if they happen to turn around to get their water bottle, their tray might go missing! The staff don’t care if the patients have consumed your food. The timing seems to be more important to them.

If all this can happen in a premier general hospital in the country, one can only wonder about the state of the wards in hospitals in smaller towns and rural areas. Will the new government and the new health minister note these points and take the necessary action.

Selvie is an Aliran newsletter subscriber. She says, “No one saves us but ourselves. No one can and no one may. We ourselves must walk the path.”