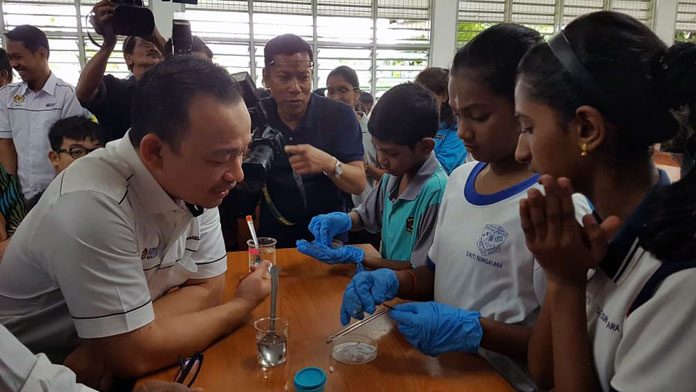 Should not our schools switch to training their students to be innovative and creative to prepare them for the new jobs that will emerge, writes Khong Kah Yeong.

Much has been said about the need to de-emphasise rote learning in our schools – a call that is timely and should be given serious and immediate consideration.

Our education system is by and large the British traditional system with patchwork changes here and there. The most obvious change is that it has switched from an English medium of instruction to that of Malay. There are other changes in the conditions to be satisfied to qualify for the school certificate.

However, the system is still very much involves teachers going into a class and blaring on for 30 minutes or more and then going into another class to repeat the blaring or going to the staff room.

These teachers carry with them an air of authority. Rightly or wrongly, they give their students the message, subconsciously or otherwise, that they are the students’ sole fountain of knowledge and that the latter had better listen and do what they are told to do and the way they are to do it, or else…

Those teachers who had been teaching the same subject at the same levels for a number of years become somewhat like a vocal walking version of school textbooks. What they are teaching their pupils to do is to reproduce what is in their textbooks to get good results in their school tests. Little do they realise they are brainwashing their students that rote learning and is right and will be rewarded.

Ultimately, what these teachers and their schools churn out will be a large number of “educated” zombies, totally unemployable in the job market – a market that will see the disappearance of a sizeable number of traditional jobs, which will be replaced by jobs that are non-existent now.

Such a future is already lapping at our feet if not already up to our knees. As evidence one needs only to look around.

How many teachers today have seen a slide rule let alone used one? In its place, we see teachers and students carry with them a “scientific” calculator to do their calculations. Even maths textbooks for Forms Four and Five print in their examples of solutions to sample problems a section on how to use a calculator to arrive at the answers.

At supermarkets, how often do we see checkout counter cashiers needing to key in the code and the number of items sold and then laboriously working out the total cost of all the purchases and the change to be given to a customer?

In the car manufacturing industry, human welders and painters have been replaced by robots. And now three large car manufacturers are already turning their attention to the manufacture of electric cars. Do we still need that many people to be our mechanics? Or will we soon need more electricians and electronics experts?

Even worse for traditional school certificate school leavers, driverless cars are now being tested on the road in Europe and the US. One day, such cars will bring passengers safely from point A to point B. Would we then need to employ drivers – or testers to test learner drivers?

Perhaps in desperation, school leavers will seek employment as road-sweepers. That opening too will probably be closed to them. As the development of driverless cars matures, should we be surprised if someone somewhere manufactures a driverless road-sweeping-and-vacuuming machine to do the job?

Even “glamour” jobs in medicine and engineering will not be spared from advances in automation and the increased use of robots and similar machines.

In an experiment in the US, a machine could reportedly diagnose the symptoms of an illness faster and more accurately than a group of talented doctors. Will we then see, in the not-too-distant future, the increased use of such machines to assist doctors in the beginning – only to eventually replace them?

Will we see patients sitting on chairs on an assembly line, transported through a scanning machine and at the other end, prescriptions being printed out for the patients to take to a pharmacy?

It may not stop there. The patients need only insert their prescription cards into a slot of a certain machine and the prescribed medicine would drop out into a receptacle – somewhat like present day drink vending machines – for the patient to collect.

These machines would work 24 hours a day and seven days a week non-stop – with no extra charges for consultations at night!

How many traditional jobs would have been replaced? Would non-innovative nor creative rote learning and its emphasis on memory training not then be a hindrance to school leavers looking for a job?

Should not our schools switch to training their students to be innovative and creative to prepare them for future work and to bring to themselves and the country the most benefit?

Such a philosophy is already being practised in certain counties where students are required to work in a group on a project before they graduate. The members of the group that bring in the most profit or benefits are then given due recognition. Should we not look into that to prepare our future workforce accordingly to bring greater benefits to the country.

That depends on what their individual real world looks like. At present not all the kids have equal opportunities.

A Taliban in Western suit talking about the real world. What a joke.

Firstly, mesti pakai kasut & stokin hitam… Next, mesti compete for the 10% quota, no?

Yes, tell them the truth about Hang Tuah first. Starting off on a lie will get you no where. Wrong foundation building.

Real world as in the physical world now, or is real world referring to the spiritual world after death.

Religion is subjective. Do not impose your beliefs nor religious values on others. Religion should be personal, leave it out of school.

When they have languages skills, pupils can explore the world by their own. Pupils shine brighter than teacher is in Chinese proverb 青出于蓝胜于蓝 the green color is split out from the blue and better than the green meaning young overcome old. Future skills for future survival.

The system was working until Justin Bieber started earning more then his teacher!!!… He is probably a lousy student but who cares when he is with a large bank balance while his teacher and many PhD out there hardly able to make ends meet…

For the real world study in Chinese schools;
For the after world, there is the national schools.