If a nation runs like a business, who will regulate such business, and what happens if the politicians are in it only for personal profit, John Fong wonders.

As the PM gave his special address to mark Labour Day recently, he warned the country was bleeding up to RM2.4bn for a total of RM63bn in losses since the movement control order was enforced on 18 March 2020. He said the total losses would run to almost RM100bn if the order was extended by another month.

Extending the lockdown, he said, would jeopardise the nation’s financial position and the people’s livelihoods. If that continued, the nation’s revenue and its ability to collect taxes and to promote economic growth would be hit.

Those who have studied or ventured into politics will know the field is surrounded by a common myth, often articulated by lay people – that managing a nation-state is just like managing a business or company.

But if that myth was true, we wouldn’t call its practitioners “politicians”, would we? We would be referring to them as entrepreneurs or tycoons.

At unprecedented times like these, when most other nations are suffering the same economic fate, a nation like Malaysia should not have to worry too much about whether it is suffering from heavy losses. Whatever the profit made or the loses suffered (apparently up to RM2.4bn daily) by the nation, they are to be shared by everyone in this nation and definitely not by certain individuals alone.

Managing a nation is not like managing a business company. Businesses have a sole common purpose: maximising profits and minimising losses. The nation, in contrast, has an obligation to provide services and public goods to the people.

The public administration and the government receive a somewhat steady flow of income through the treasury and other resources, which businesses do not have access to.

The foremost priority of the government should always be the people’s wellbeing. So tapping into national reserves to revive the economy later should not be an issue. After all, it is an unprecedented worldwide crisis.

A business corporation sells goods and services for profit. In contrast, it is a nation’s responsibility to provide unprofitable yet essential services for all its people. We don’t normally see businesses selling services such as putting out fires, solving or preventing crime, regulating prices, giving out subsidies, disposing sewage, lighting up the streets and even preventing an epidemic.

Public servants are supposed to perform their duties while upholding the highest ethical principles of impartiality, responsiveness, accountability and integrity as the risks and the consequences of their actions are felt by 33 million people in the country. The risks of their actions are way higher than any of the usual risks faced by businesses keen on maintaining their clients.

A line has to be drawn between business and politics. If a nation runs like a business, who will regulate such business?
In these troubled times, large corporations, under the guise of providing “essential services”, may ignore safety standards and exploit their frontline workers to maximise their profit.

If regulations to protect the employees are already in place and yet capitalist businesses are able to circumvent such regulations, imagine what would happen if a “business-state” did such a thing! International regulations are somewhat non-binding and close to non-existent.

READ MORE:  Should public money be used to bail out firms that once reaped large profits?

John Fong, an Aliran member, is a masters student in social science in a local public university

Easing of partial lockdown could come at a price 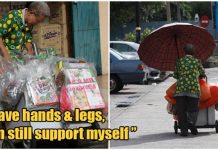 Should public money be used to bail out firms that once reaped large profits?

Should the police be in business?

I just don’t understand why our country has politicians running businesses under the ‘guise’ of govt-linked companies or corporations. In the past during the days of PM Tunku Abdul Rahman, there was no such thing. It is in reality the private sector competing with the govt ‘sector’, is it not? Pray clarify.