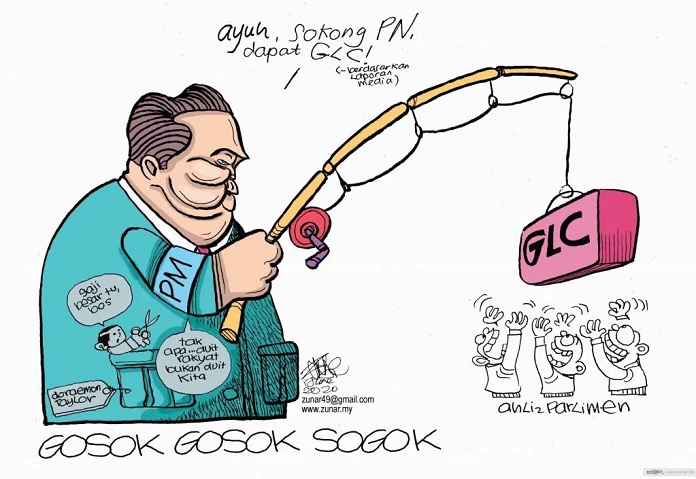 Instead of resigning to cynicism, Danesh Prakash Chacko appeals to the public to study various ways of tackling this and to push for the necessary legal amendments.

We are no strangers to the world of legislators switching allegiances during their term of office.

The number of defections hit unprecedented levels in 2020 when the elected Pakatan Harapan federal government collapsed, followed by the fall of a string of PH state governments.

Voters may feel betrayed and may refuse to come out in big numbers for future elections. However, it is important to examine the reasons behind defections and measures to manage this issue.

Beyond the minimalistic view that a legislator defects to get a better deal, let’s examine the general motivations behind such moves (Heller and Mershon, 2008):

With these points in mind, we must contextualise the issue of defections within our electoral system and laws. In Malaysia, we elect individual candidates in various constituencies to represent us in Parliament and various the state assemblies. An important question arises: are we voting for the candidate, the party or both?

Second, some have called for defectors to resign without understanding there is a deterrent for the legislators concerned. Our current laws deter defectors from resigning as they will be disqualified from contesting in elections for the next five years.

While this might make us feel hopeless, we should reflect on two main options.

According to International Idea, recall elections have two main stages:

Some key considerations for this mechanism:

While this mechanism is laudable, we should be aware of the cost of this process. Conducting a by-election is expensive. If recall vote results in the removal of the representative, it will trigger a by-election. At present, each by-election for a state assembly seat costs RM1m-RM2m, and for a parliament, it costs RM3m-RM4m. With a recall process, there would be additional costs such as the cost of verifying signatures, the drafting of the specific proposal and the conduct of recall vote

A law that deters party defections would disqualify the legislator from continuing with his or her term in the legislature in the event of a defection or expulsion from the party. Advocates of such a law argue that it would deter defectors from breaching the trust of voters. It would strengthen the parties and promote accountability. It would also prevent larger parties from enticing legislators from smaller parties with the promise of rewards.

There are variations of such laws to deter defections around the world that deal with the following situations where an elected representative loses his or her seat:

The main benefit of this mechanism is the consequences for defectors is immediate. The only financial implication would be the cost of conducting a by-election.

However, an all-encompassing anti-defections law will strengthen the grip of political parties over their representatives. We may introduce a bigger problem where our legislators could ignore the will of the people to avoid being expelled or losing their seats.

I advocate a limited version of an anti-defections law. Here are the proposals:

Instead of resigning to cynicism, I appeal to the public to study and push for these amendments. Ultimately, it is the people of Malaysia who need to move from ‘cyber-rattling’ and implement measures to rein in our elected legislators.

Danesh Prakash Chacko is mapping advisor of Tindak Malaysia and research analyst at the Jeffrey Sachs Centres of Sustainable Development at Sunway University. He specialises in the issue of redrawing of constituency boundaries and other electoral-related matters in Malaysia. He would like to thank Tindak Malaysia volunteers for submitting various options to him so he could assess their advantages and challenges

Its funny watching our so call Leaders press meeting on TV.
Once in a position they immediately start addressing the PM as Father.
When the PM is changed then they also change their Father.

Something is really rotten here….

Those with Inferiority Complex will Ride on the Citizens Electoral Mandate & Deceive the Citizens. They can’t win the Mandate on their own!

The Signs of Inferiority Complex :

Can’t Win An Election & Gain the Citizens Electoral Mandate on One’s Own Strength.