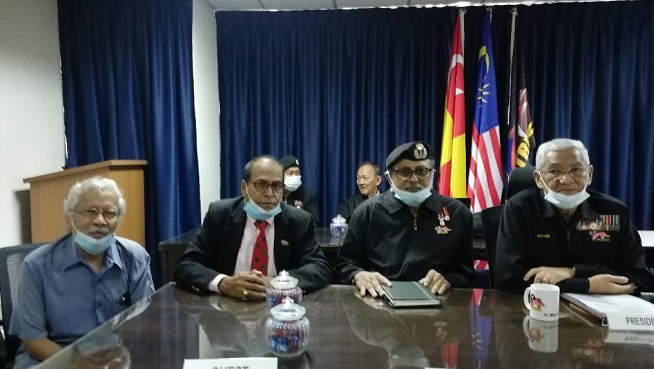 As Sabah gears up for a state election, JD Lovrenciear reports on veterans’ group Patriot’s launch of a moving poem that decries ethno-religious politicking in Sabah over the years.

In his message at the launch of Obor Akinabalu (grandpa mountain), retired Brigadier General Arshad Raji, the president of Patriot, sent a clear warning to plotting politicians who have exploited race, religion and language to further their self interest.

BEIM executive director JD Lovrenciear warned of the growing tolerance for corruption permeating the Malaysia business landscape. “BEIM registers its strong support for Patriot as our mission to make the Malaysian business environment more ethical resonates with Patriot’s call to rid the nation of corrupt politicians,” he said.

Gerak secretary-general Prof Rosli H Mahat expressed his support for Patriot’s call to maintain the vernacular schooling system. He agreed with Patriot that vernacular schools would not rob the people of patriotism. Contrary to what some politicians want the people to believe, market forces would determine what type of language-medium schools survive in the future.

Within hours of launching the video titled Obor Akinabalu on YouTube, it received a flurry of views and is likely to go viral in the coming days.

The poem Obor Akinabalu radiates to energise Sabahans and all Malaysians to rise above the false pretense and scheming politicians who put their own agenda first. It seeks divine enlightenment for all to unite, love and respect each other in our diverse, multiracial, multi-religious and multicultural land of shared destiny.

Support the struggle to build a Malaysia based on Justice, Freedom, Solidarity:
READ MORE:  Living together in pursuit of Malaysia

The sajak (poem) is beautifully written, embodying profound emotions that promise to put our national literary experts in awe.