Not only is Norway globally renowned in oil and gas, it is also universally recognised for its renewable energy sector, writes Benedict Lopez.

With the discovery of oil in the Norwegian continental shelf in 1969, the country quickly recognised the restricted nature of petroleum reserves and spared no time in enacting down-to-earth policies to administer its new-found resource.

Not being myopic, Norwegian economic planners had the foresight to also think of the future, instead of only pondering over the present. Strategies were designed to pave the way for Norwegians to maintain the long-term wealth of their country while simultaneously sustaining its present economic objectives. In this way, Norway’s future prosperity and the sound quality of life of its people in the present would be safeguarded.

In essence, Norway has been advocating and practising state capitalism – with welfare-oriented policies – for quite some time now: a viable economic model which continues to be a recipe for the country’s all-round development.

Stavanger today is the hub of the oil and gas industry in Norway and a world-wide hive of activity for the industry, along with its peers Aberdeen and Houston. Many supporting industries have developed within Stavanger and its outskirts as a result of this industry benefiting the city and its people.

Norway’s oil wealth is pragmatically managed through the Norwegian Government Pension Fund Global, also known to as the Norwegian National Oil Fund. The fund supports long-term investments beneficial to the Norwegian economy. It now has over US$1 trillion in assets, including 1.3% of global stocks and shares, making it the world’s largest sovereign wealth fund.

The ministry regularly transfers petroleum revenue to the fund, and the capital is invested abroad to avoid overheating the Norwegian economy and to shield it from fluctuations in oil prices.

The fund’s investments include international equity, fixed-income markets and real estate. The aim is to have a varied investment combination that will give the maximum possible risk-adjusted return within the guiding principles outlined by the ministry.

Over the years, environmental considerations have been at the heart of the fund’s objectives too. The Norwegian government recently came up with a law requiring the fund to abandon its investments in eight coal companies and 150 oil producers.

Currently, the fund has small investments in 9,158 companies, and will drop coal investments worth an estimated US$6bn, which could include shares in the mining company, Glencore. Despite divesting from fossil fuels, the fund will retain stakes in major oil companies it believes is investing in clean technology.

The focus will now be on investments in renewable energy, with the government recommending a threshold of 2% of the fund for environment-related activities. The decision by the Norwegian government has set an example to other global funds to lessen their investments in fossil fuels and invest more in a green and clean future.

The fund’s decision to divest from fossil fuels is timely as it was recently confirmed that global greenhouse gas emissions are on the rise. Global energy demand grew by 2.9%, pushing up carbon emissions by 2.0% in 2018: a much faster rate than at any time since 2010-11.

Today, as a result of its oil wealth, Norway provides its citizens with among the best healthcare, maternity and educational benefits in the world. Not only is Norway globally renowned in oil and gas, it is also universally recognised for its aquaculture and renewable energy sectors. That is a remarkable accomplishment for a country with a population of slightly more than 5 million.

Over in Malaysia, we rarely hear or read about the contributions or steps undertaken by the Malaysian corporate sector to build climate resilience and tackle global warming. What measures are firms undertaking to slash emissions of greenhouse gases in their factories? What concrete steps is the government embarking on nationally to reduce air pollution in major cities?

Most importantly, are our schoolchildren being instilled with awareness of the dangers that climate change, air pollution and the greenhouse gas emissions pose to humanity? It is time the Ministry of Education includes these critical issues as a mandatory subject requiring a compulsory pass in our school exams.

Seldom too are the print and electronic media highlighting this critical issue facing humanity. It is time for us to embark on a concerted effort to tackle this global menace. Malaysia must show the world that it is meeting it obligations to tackle global environmental concerns and that it is ready to face this challenge – a challenge we should passionately embrace for the good of future generations.

Economic growth and development should be in harmony with our ecological concerns so that genuine sustainable development can take place. No compromises should be made in this respect.

We need to pave the way towards a more ecologically friendly economy – not one that is wholly driven and completely obsessed with profits and avarice. We owe it to future generations to ensure that we do not degrade the environment and leave behind a toxic barren legacy. 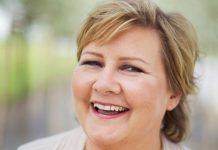 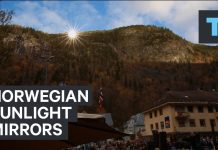